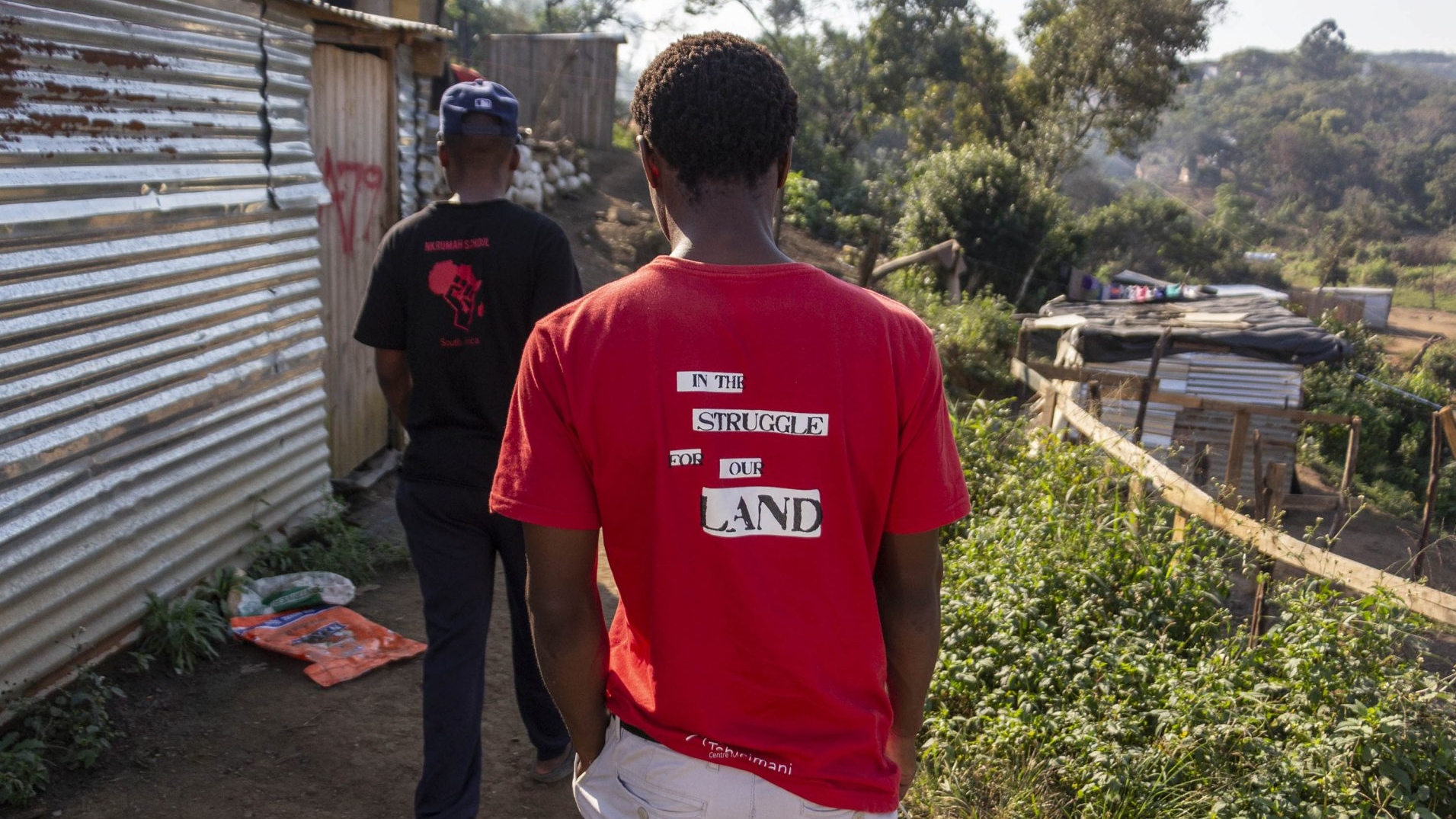 9 June 2020: The T-shirt of a man walking through the settlement of eKhenana reflects the residents’ struggle for a secure home from which they cannot be evicted. Photo: New Frame

The following is the text of the statement by prominent activists and intellectuals in solidarity with the South African shack dwellers’ movement Abahlali baseMjondolo.

In the midst of a serious economic and social crisis in South Africa, including youth unemployment at just under 75% and endemic hunger, the State authorities have targeted the 109 families of the eKhenana (Canaan) land occupation and settlement. In 2018 two hectares of land were occupied and held in the face of regular armed attacks from the state. The occupation was developed into a working commune and a road, homes, water and electricity systems, a recreation center built, a co-operative farm developed a political school established and named in honor of Frantz Fanon. The occupation has faced armed attacks and its leaders have been arrested and spent time in prison on false charges.

Over the course of the past year, the authorities have arrested Mqapheli Bonono, Maphiwe Gasela, Siniko Miya, Lindokuhle Mnguni, Landu Tshazi, Ayanda Ngila, Nokuthula Mabaso, Thozama Mazwi, and Sindiswa Ngcobo. Bonono and Gasela were jailed for two weeks. Miya, Mgnuni, Tshazi and Ngila were jailed for six months. In each case charges were dropped when it became clear that there was no evidence. Mabsao, Mazwi and Ngcobo are currently in prison.

The eKhenana Occupation is affiliated to Abahlali baseMjondolo (AbM), a movement of the poor that is widely known for its democratic practices and has over 100,000 paid up members, and many more supporters. The movement has been subject to repeated waves of violent repression over the years, and a number of its leaders have been assassinated.

In April 2020, we stood with the AbM as they faced evictions. Now, we stand again with the AbM and with the residents of eKhenana. We ask the South African authorities to deal fairly with the shack dwellers, to take the poor seriously as they take leadership in building decent lives in a very difficult situation. 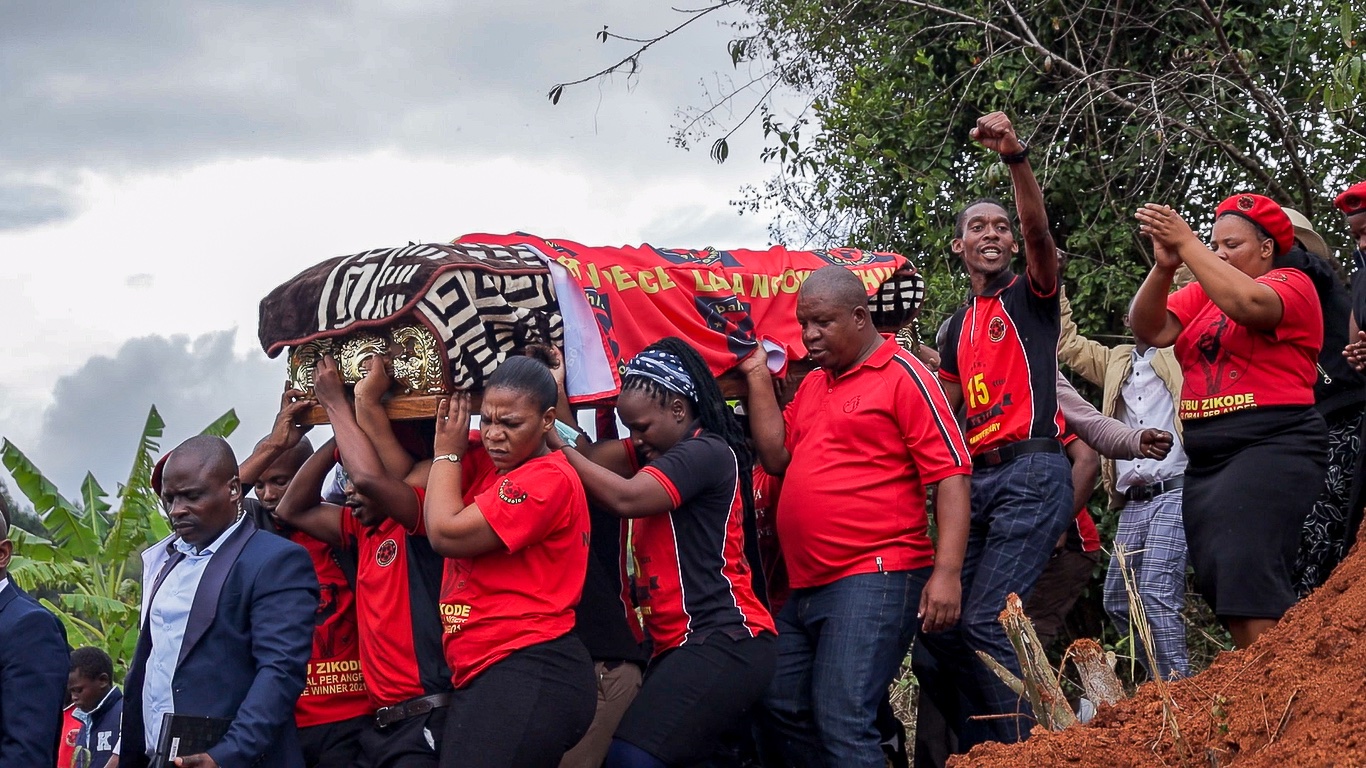