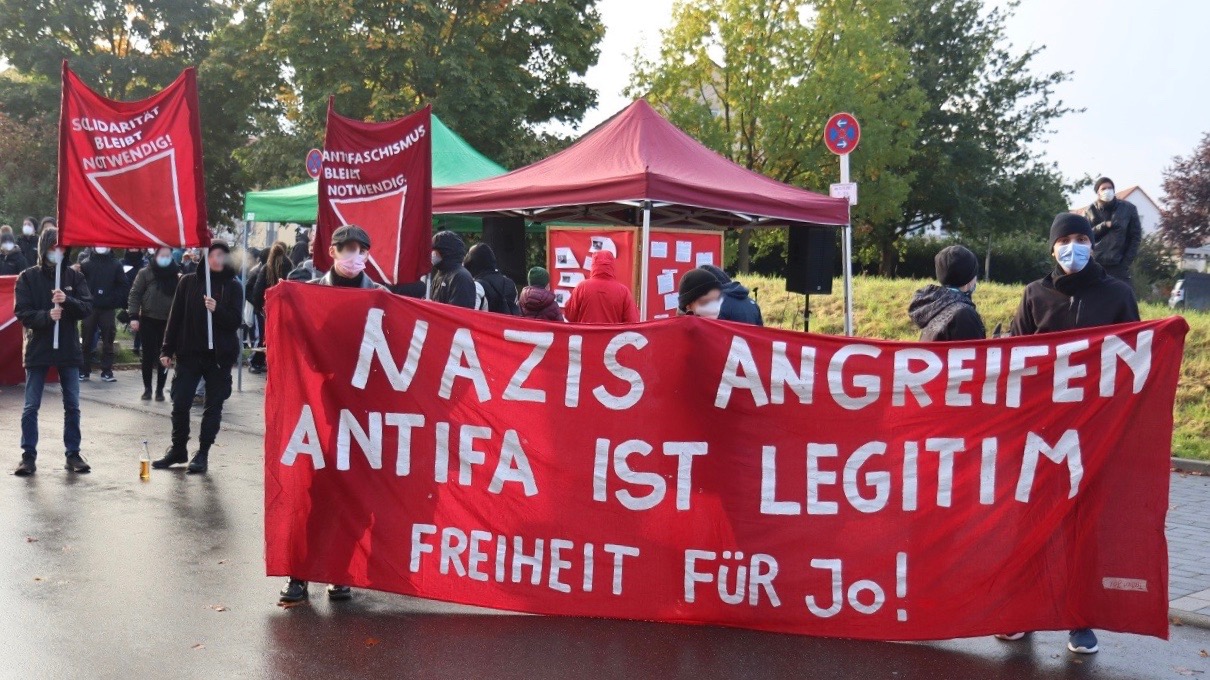 Mobilization in Stuttgart. (Photo: via ABBS)

Anti-fascist groups in Germany protested the conviction of two Antifa activists by the Stuttgart court on Wednesday, October 13. The Stuttgart court sentenced the two activists, Joel P. and Diyar A., to prison terms of four years and eight months and five years and six months respectively, for attacking right-wing trade union members on the sidelines of a COVID-sceptic rally at Stuttgart in May 2020. Anti-fascist sections in Stuttgart demonstrated in front of the court on Wednesday in support of Joel and Diyar, stating that the court sentences were harsh and based only on circumstantial evidences that was allegedly manipulated.

According to reports, three members of the right-wing trade union Zentrum Automobil (ZA) were attacked by a group of around 30 black-clad and masked individuals, allegedly from the antifa group, on the sidelines of the demonstration. Following the verdict, antifa groups accused that as pleaded by the defense lawyers during the trial, possible improper handling of the evidence by the police on purpose eventually led to the conviction of two activists in the politically sensitive case.

On Wednesday, Marius Brenner, spokesman of the “Anti-fascism remains necessary” campaign, which Joel and Diyar support, told Junge Welt, “We did not expect a mild or fair verdict.” He added that the sentence was only slightly lower than the demand of the public prosecutor’s office, and had been decided to the detriment of the accused. The presiding judge made a clear political stand by describing the two activists as “ideologically blinded.”

Anti-fascist Action in Stuttgart (AABS) stated that “the indictment of the two anti-fascists is based solely on circumstantial evidence: no witness could directly recognize or incriminate Joel or Diyar.”

“What has been clearly shown, however, is that the fascists of Zentrum Automobil were armed and equipped with protectors. Even during the trial: Oliver Hilburger from the Zentrum Union appeared on one day of the trial with a knife that was taken from him at the court entrance,” added the AABS.

Progressive sections have accused that while the German state has been ‘dutiful’ in prosecuting anti-fascists and delivering justice to the right-wing trade unionists, many questions about the far-right links of the German security agencies remain unanswered even ten years after the self-exposure of the right-wing terrorist cell of the National Socialist Underground (NSU). 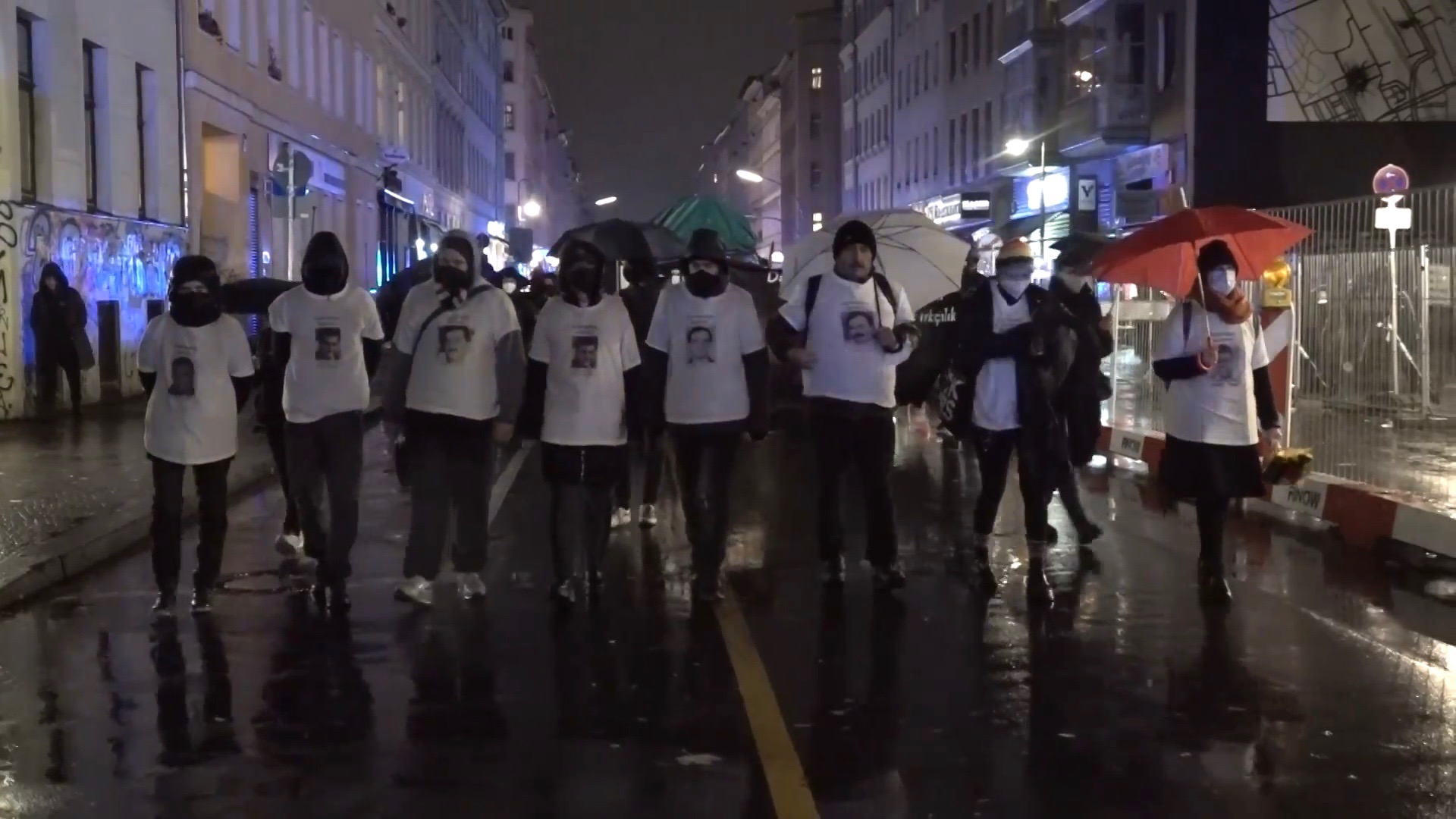