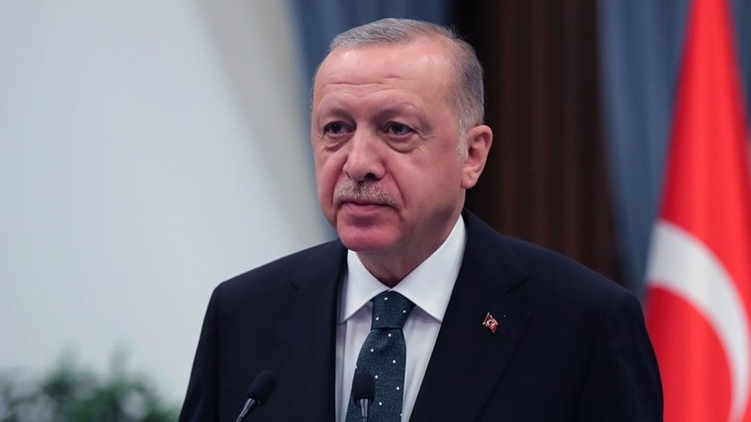 Turkish president Recep Tayyip Erdogan’s latest move against his NATO allies has reignited the debate about his successful use of polarizing tactics and gimmicks to distract people. Several sections in the country, including the main opposition parties, have criticized Erdogan’s threat of expulsion of foreign diplomats over their joint statement on the release of activist Osman Kavala. They have termed it an attempt to regain his falling popularity and divert attention from the country’s economic woes.

Erdogan had asked his foreign minister to make 10 ambassadors – those of the US, Canada, Germany, France, Norway, Sweden, Denmark, Finland, New Zealand and the Netherlands –  persona non grata on Saturday. The move came following their joint statement last week, asking for the immediate resolution of the issue of Osman Kavala and his release. Most of these countries are Turkey’s NATO allies. The declaration of envoys as persona non grata laid the grounds for their expulsion.

Following the clarification, Erdogan appeared on TV and claimed victory, saying that “our intention is not to create a crisis but to protect our law, honor, interests and our sovereign rights.”

Who is Osman Kavala?

Osman Kavala, 64, is a well-known philanthropist and businessman who actively supports various civil society groups in the country and runs several publishing houses. He is the founder of Andalou Kultur in 2002, which promotes cultural diversity.

As a part of a widespread crackdown on the opposition, Kavala was arrested in October 2017 for his alleged role in the 2016 coup attempt against the Erdogan government and for allegedly financing the Gezi protests in 2013, which saw many people from Turkey’s cultural milieu participating and marching in defense of secularism. The protesters had opposed Erdogan’s Justice and Development Party’s (AKP) attempts to Islamize Turkish politics.

Kavala was charged with “attempting to overthrow the constitutional order” and “attempting to overthrow the government” in the Gezi case.  The government issued a fresh arrest warrant for his role in the 2016 coup attempt following his discharge in the Gezi case by a lower court in February 2020. The Erdogan government imposed new espionage charges against him and kept him under detention with a retrial in the Gezi protest and the 2016 coup cases.

The ambassadors issued a joint statement last Monday asking Turkey to respect the ECHR verdict, saying that his continued detention “cast a shadow over respect for democracy, the rule of law and transparency in the Turkish Judicial system.”

Turkey has been a member of the European Council since 1950 and is bound by the judgments of the ECHR. It is also a candidate member for the European Union. The European Council issued a warning in September asking Turkey to follow the ECHR order; otherwise, it will suspend Turkey’s membership and voting rights in the group at the end of November.

A gimmick to arrest falling popularity?

According to some commentators, Erdogan, who has been in power in Turkey for almost two decades now, is facing an unprecedented challenge. The present row is part of his plan to regain popularity. His Justice and Development Party (AKP) is facing stiff challenges from the opposition, whose popularity has risen since the last local body elections in 2019. The voter discontent is growing with unemployment figures in double digits and rising inflation due to falling Lira amid the challenges created by the COVID-19 pandemic. According to some surveys, Erdogan’s job approval ratings are the lowest in his two decades in power.

Hinting at his falling popularity and economic crisis at home, Erkan Arikan, head of DW’s Turkish department, called his threat to foreign ambassadors a gimmick. “Every time there is a fresh problem with the Turkish economy – indeed, every time Turkey is in the headlines for whatever reason – it is only a matter of time before a completely incomprehensible reaction from Erdogan arrives,” he said.

Arikan cited similar instances from the recent past, such as Erdogan’s call to boycott French goods in the country following Emmanuel Macron’s statement on Islam last year. Erdogan has also used the issue of Syrian refugees to score points against his opponents and European countries.

Opposition leaders and parties in Turkey made similar allegations. The General secretary of the Turkish Communist Party (TKP), Kemal Okuyan, wrote in SOL on Monday, calling the move an attempt to divert the popular attention away from real issues. The leader of the main opposition party, Republican People’s Party (CHP) Kemal Kilicdaroglu, tweeted on October 23 that “the reason for such action is not to protect the national interest, but to create [an] artificial justification for [the state of the] the economy.”