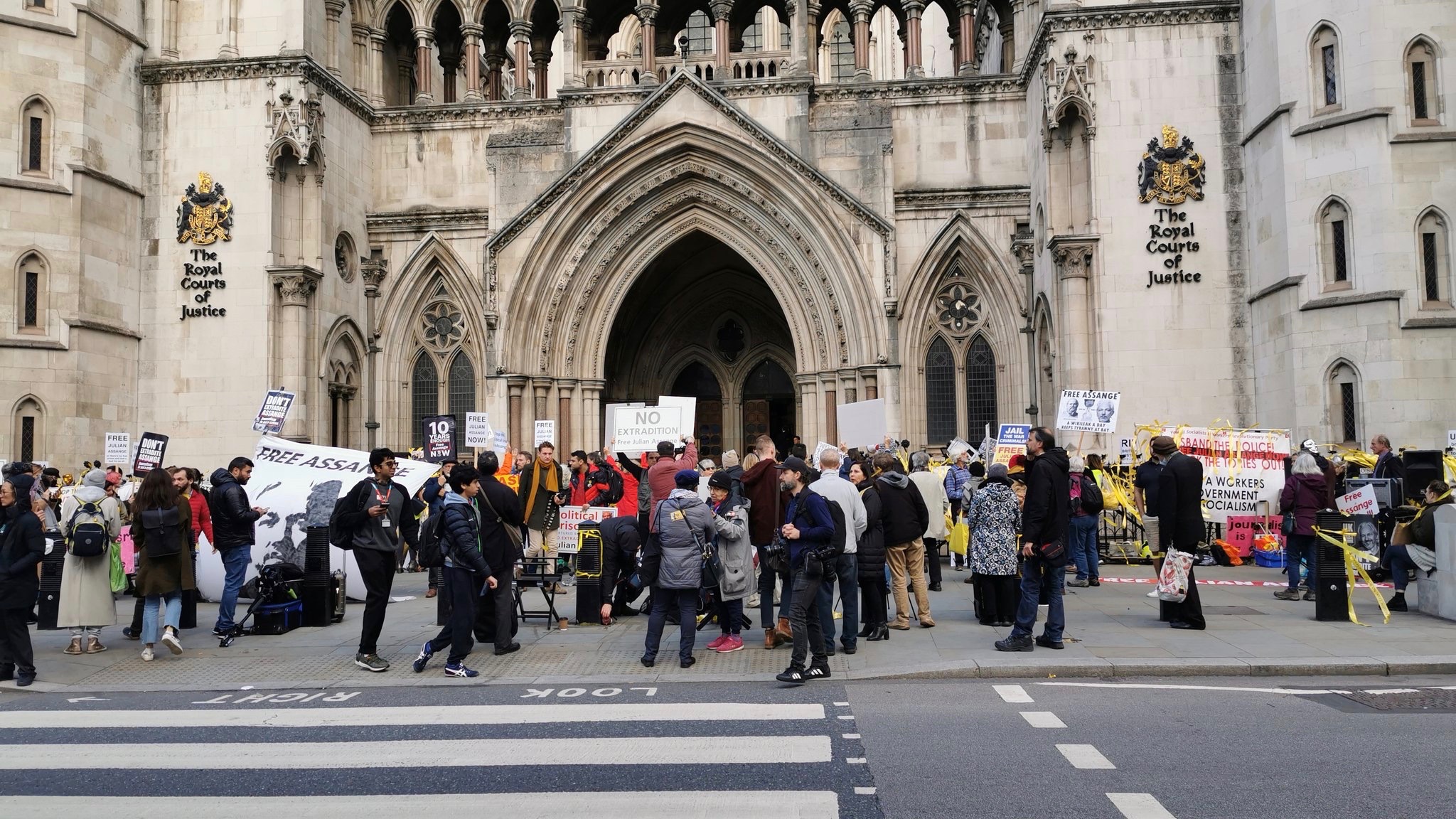 The hearing on the US appeal for the extradition of WikiLeaks founder Julian Assange came to an end on Thursday, October 28. The High Court of Justice in London is not expected to pass a ruling immediately and will take some time to draft its decision. Nevertheless, the two-day hearing had Assange’s defense team expose the vindictive nature of the ongoing prosecution.

The arguments presented by the prosecutors representing the US on the first day of the hearing sought to discredit a key medical expert’s testimony and the district judge who rejected the US extradition request in January.

The defense hit back pointing out inconsistencies and omissions in the prosecution’s arguments and US assurances about the condition of Assange’s detention once extradited. It also pointed out the recently exposed plans within the Central Intelligence Agency (CIA) under Mike Pompeo to kidnap or assassinate Assange.

Assange is currently being held under judicial remand without charge as the appeals process continues. The court has reserved the judgement for a later unspecified date, which means that Assange will continue to languish in the high-security prison in Belmarsh, near London.

If extradited to the US, Assange will stand trial for 18 federal criminal charges, 17 of which are under the notorious Espionage Act, and together carry a total maximum prison sentence of 175 years. Assange’s case is the first such instance of a publisher being prosecuted under the Espionage Act, which many consider to be a direct threat to press freedoms in the US.

Prosecutors expanded on the five grounds of appeal that they have presented before the High Court. Led by advocate James Lewis, they argued that district judge Vanessa Baraitser erred in her judgement by not disqualifying psychiatrist Michael Kopelman’s expert testimony on Assange’s mental health for not initially disclosing his relationship with Stella Moris. They also claimed the judge did not seek assurances from the US over arrangements for Assange’s detention before giving her verdict.

The defense, on the other hand, defended Kopelman’s action and even raised objection to the prosecution’s claims that Assange or Kopelman tried to deceive the court or the prosecution by withholding information about Assange’s partner Stella Moris.

In fact, the defense team’s Edward Fitzgerald even argued that Assange had presented evidence to show the prosecution’s preferred psychiatrist knew about his relationship with Moris in March 2020, and so they were well-aware of the situation before the medical evidence was even presented before the court.

Fitzgerald reiterated the fact that judge Baraitser herself was made aware of Moris months ahead of the submission of the medical evidence and understood the concerns of privacy associated with the disclosure of Assange’s family details in the initial stages of the case.

The defense also brought up UC Global’s spying on Assange in the Ecuadorian embassy at the behest of the CIA, a case that is being tried in a Spanish court.

Extradition would hand CIA its “most prominent critic”

The defense also presented to the court the recently exposed discussions within the CIA under Trump-era director Mike Pompeo to either kidnap or assassinate Assange well before the US even initiated an indictment against him.

According to The Dissenter, Mark Summers from Assange’s defense pointed out that this was “first time the US had sought the assistance of a U.K. court in obtaining jurisdiction” over a person that a US government agency had tried to assassinate.

“That is worthy of an investigation in relation to the assurances,” Summers told the court, arguing that the assurances that the US had given to the UK government need to be scrutinized, and that the risks posed in the event of an extradition are too big to be ignored.

This is the first time that a court is asked to review the revelations made by Yahoo News. The defense argued that the “trustworthiness” of the US government’s assurances is questionable, especially when Assange is “CIA’s most prominent critic.”

They also contended in their submission that Assange and Wikileaks have exposed several of the CIA’s crimes and stand as witness to cases in different countries and the International Criminal Court (ICC).

The defense also submitted that the CIA views Assange as “hostile” and an “enemy” of the US, which assumes significance since they have “power to recommend SAMs (special administrative measures, which often involves conditions close to solitary confinement) to the attorney general” and “are under active investigation in Spain for plotting to kill him.”

Demonstration for Assange during the hearing

Demonstrations were held on both October 27 and 28 outside the Royal Courts of Justice, that houses the High Court, by Assange’s colleagues and supporters. Assange’s partner Moris and Wikileaks editor-in-chief Kristinn Hrafnsson led the demonstration while the hearing went on inside the court.

Speaking to the crowd of supporters on Thursday, Hrafnsson argued that Assange’s “true crime is journalism,” and that “This is a political persecution of a journalist who exposed war crimes and secrets of the United States.”

“We’re here because a journalist is being prosecuted for doing his job. The true crime is journalism. This must end!” he said

Former Labour Party leader and British parliamentarian Jeremy Corbyn, who has been a vocal supporter of Assange in the UK, echoed Hrafnsson’s comments. “This is the 21st century. This is Britain. We pride ourselves on being a democracy, and we are holding an independent tribunal for somebody who has no conviction against them in this country, who is now being held for over two years in the most secure maximum security prison this country has, and he is still there,” Corbyn said.

Referring to the well-documented suicidal tendencies that Assange has had over the looming extradition, Corbyn told the crowd that “that is what we have done to this person, who told us the truth! The truth about Afghanistan, the truth about Iraq, the truth about surveillance!” and that “in a different place… he would be hailed, hailed as a whistleblower who told the truth about dangers we are all facing.”

Based on inputs and reports from Kevin Gosztola, Mohamed Elmaazi and The Dissenter