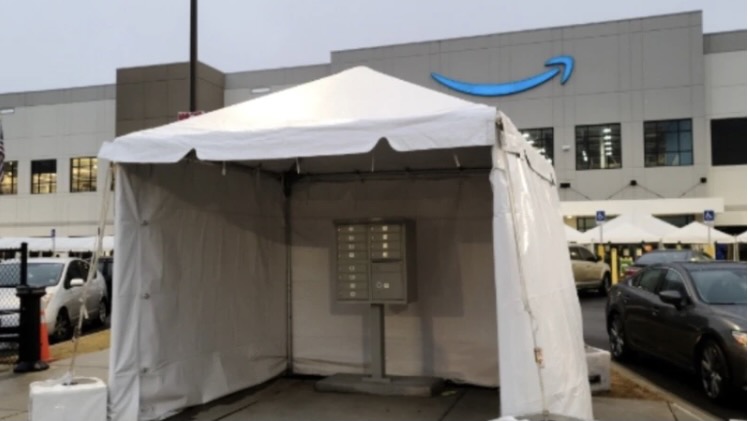 Amazon set up a ballot box outside its warehouse during the union election in Bessemer, Alabama. Credit: Twitter

Workers at an Amazon warehouse in Bessemer, Alabama have been granted a second union election. A regional director of the National Labor Relations Board (NLRB) formally issued a Decision and Direction of a Second Election on Monday, upholding a union challenge to the vote. In August, the officer who oversaw the case determined that Amazon violated labor law and recommended that the Regional Director disregard the results of the election and call for a new election.

Workers voted overwhelmingly against unionizing with the Retail, Wholesale and Department Store Union (RWDSU), with a count of 1,798 to 738.The election remains the most high-profile attempt at unionizing an Amazon facility in the US.

Days after the results were announced, the RWDSU filed 23 objections with the labor board against the trillion dollar retail powerhouse for its actions during the union. The charges against  Amazon include surveillance and coercion, threatening layoffs and the closure of the facility, and intimidating workers who supported the union.

The company’s most egregious move to intervene in the election was installing a ballot box outside the warehouse front door, which the NLRB called illegal.

In her 20-page decision, the labor board’s director for the Atlanta region Lisa Y. Henderson wrote that Amazon “gave a strong impression that it controlled the process” by installing the box. “The Employer’s flagrant disregard for the Board’s typical mail-ballot procedure compromised the authority of the Board and made a free and fair election impossible.”

Henderson also cited the approximately 240 anti-union meetings that management facilitated in the months leading up to the election.

According to a press statement from the RWDSU, “the date and method of the new election are yet to be determined.”

Union president Stuart Appelbaum said that the decision, “confirms what we were saying all along – that Amazon’s intimidation and interference prevented workers from having a fair say in whether they wanted a union in their workplace – and as the Regional Director has indicated, that is both unacceptable and illegal. Amazon workers deserve to have a voice at work, which can only come from a union.”

The fight to unionize Amazon continues across the country. In Staten Island, New York, workers recently withdrew their petition for a union election with the NLRB after the organizing group underestimated the amount of support they had for the election. 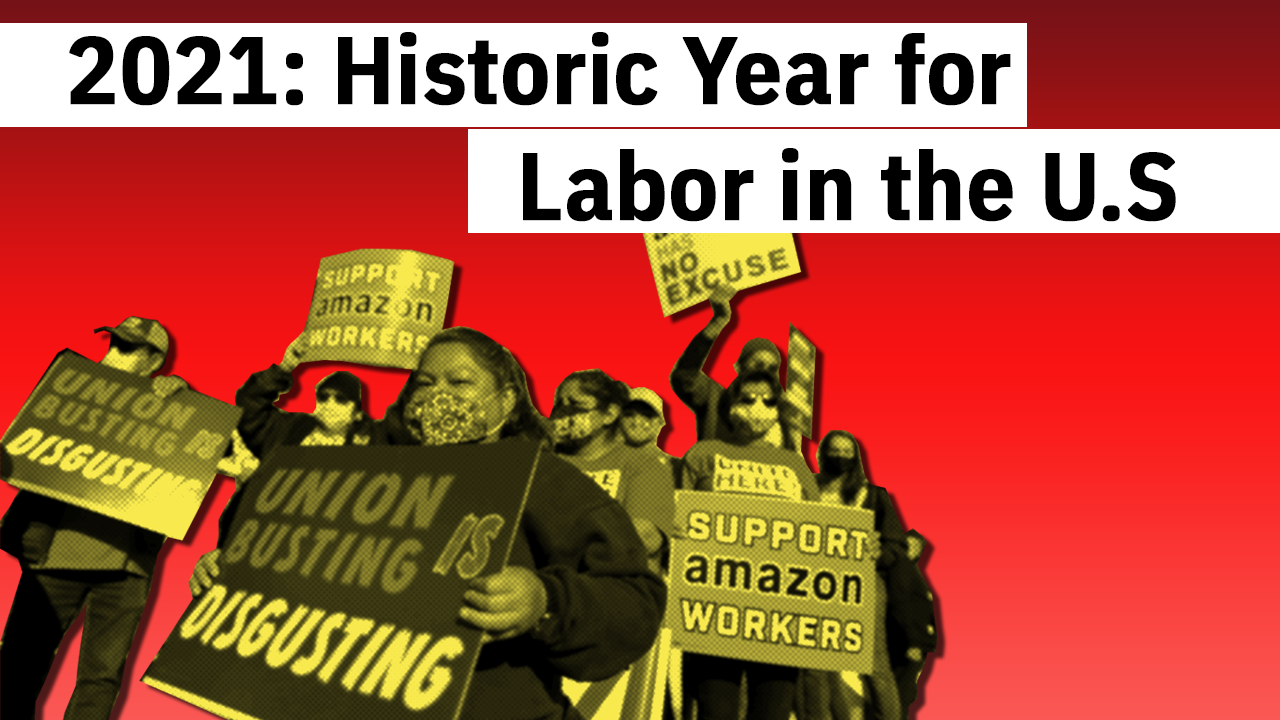 2021 has proven that the workers united will not be defeated 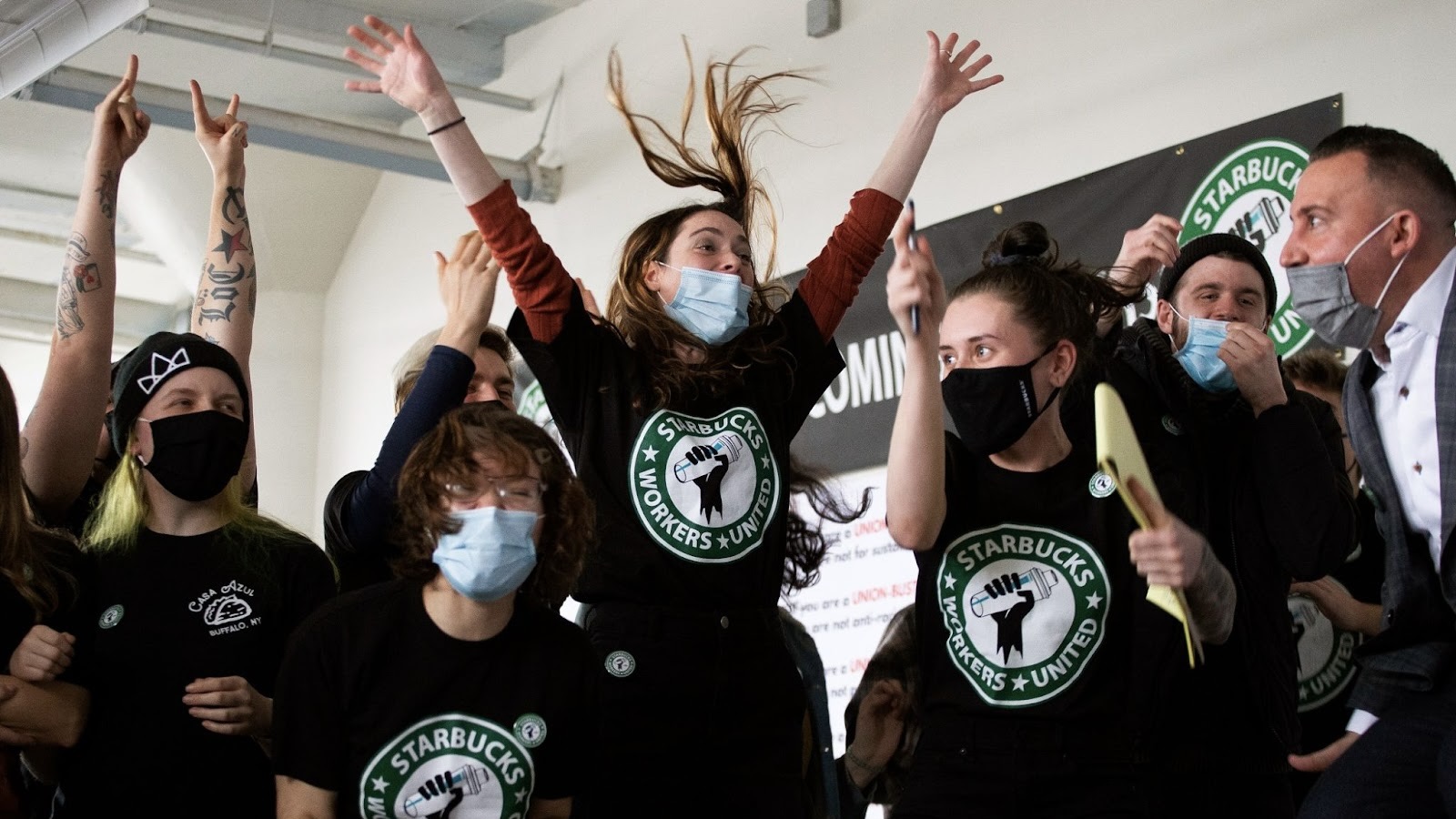 After years of setbacks, US labor demonstrates its power 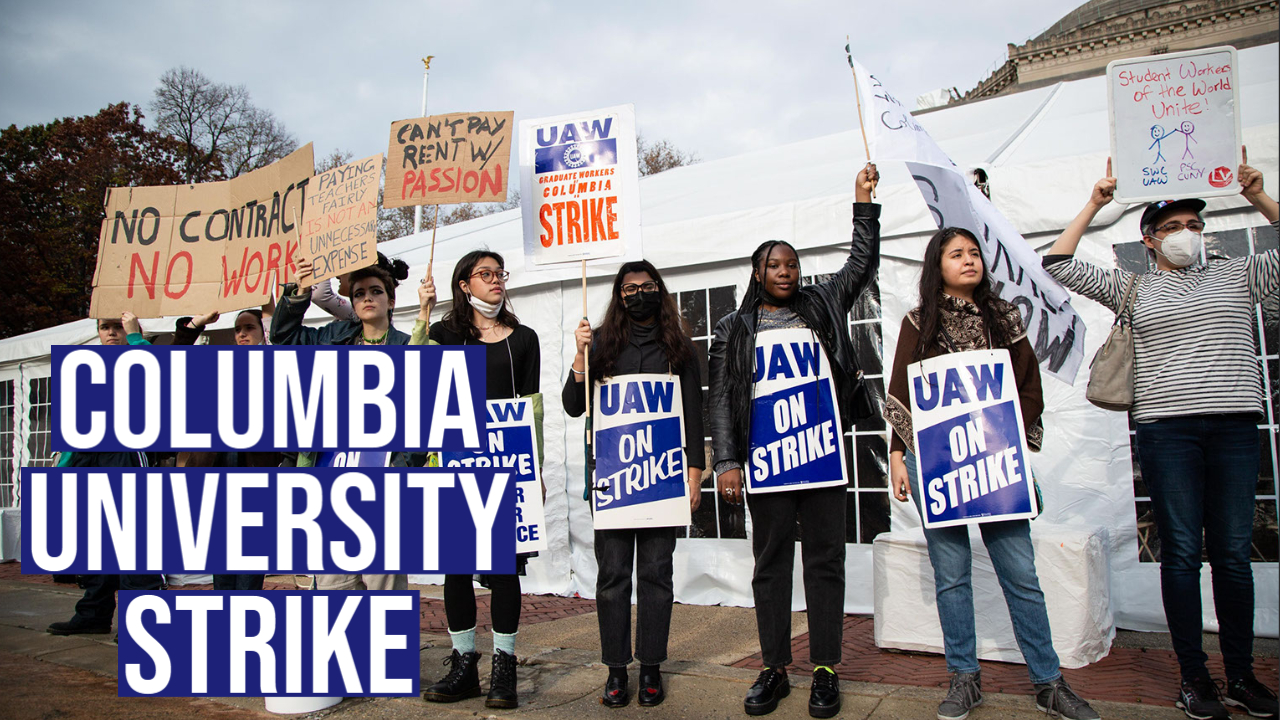