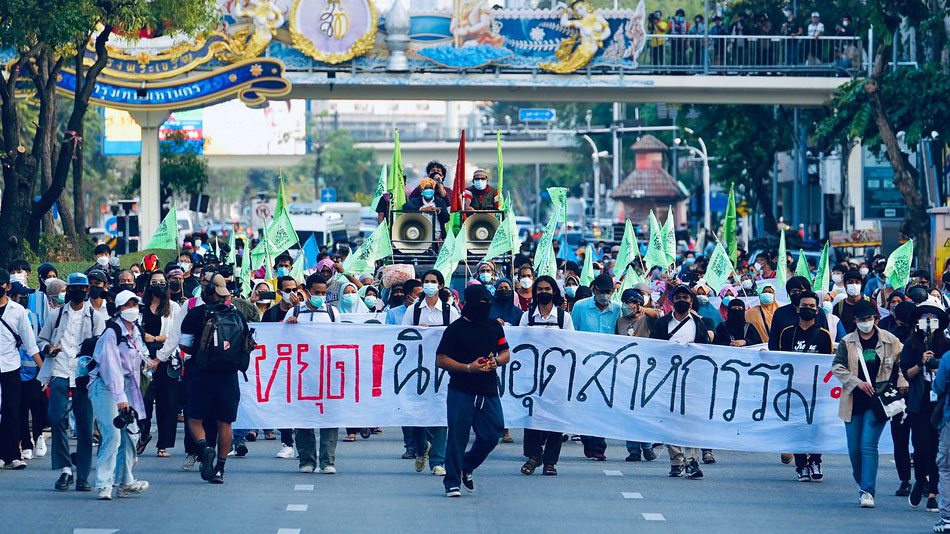 On December 15, Wednesday, after 10 days of a sit-in, over 300 people protesting against the Chana Industrial Estate project evacuated their protest camps outside the Government House and the United Nations’ office in Bangkok, a day after securing concrete assurances from the government.

The cabinet led by Prime Minister Prayut Chan-o-cha, on Tuesday, December 14, passed a resolution stating that until a strategic environmental assessment (SEA) on the industrial zone is conducted, all work on the project will be halted.

The sit-in protest in Bangkok began on December 6, after villagers from Chana district, in the Songkhla province, demanded that the Prayut government deliver on the promises made last December in a memorandum of understanding (MoU). The MoU was a result of similar protests undertaken by the villagers in Bangkok in December last year that stretched on for days.

The MoU was signed between Chana Rak Thin (Protect the Chana Homeland), representing the protesters, and the then deputy Minister of Agriculture, Thammanat Prompao, who was eventually removed from the cabinet earlier this year.

The protests last year were resolved after the government agreed to a comprehensive review with a SEA and consultations with all stake-holders and project-affected people. But residents complained that the contractors continued to work on the site, despite assurances.

This year, protesters were met with police violence and repression on the very first day outside the Government House, the seat of the government. 37 of protesters were arrested in a single day, only to be released later. Despite police violence, the participants persisted and even expanded protests to the United Nations’ office in Bangkok, seeking to bring attention to government excesses.

Earlier on December 7, prime minister Prayut refused to recognize the MoU, stating that it was never ratified by the cabinet. Nevertheless, the new resolution issued on December 14 is similar to the terms of the December 2020 MoU.

The main contention of the current protest was that the government was supposed to conduct an SEA process through a neutral committee. Until the eve of the cabinet resolution, protesters also opposed the rumored proposals by the government to involve Southern Border Provinces Administration Center (SBPAC), directly controlled by the government, as a major agency in the SEA process.

The new cabinet resolution stipulates that the SEA process will be led by experts and professionals in the Office of the National Economic and Social Development Council, Thailand’s foremost economic planning agency. The results of the assessment will be evaluated by Thaksin University and Prince of Songkla University.

The Chana industrial project is projected to cost around THB 18 billion (approximately USD 538 million) and was approved by the junta government of National Council for Peace and Order (NCPO) that prime minister Prayut previously led, after the coup in 2014.

The project will cover three sub-districts in Chana and is to be built on over 6,600 acres of land. It will include a deep-sea port, four 3,700 megawatt power plants, and infrastructure for heavy and light industries, among other things. The project proposal claims that the project will generate over 100,000 new jobs in the region.

Residents have opposed the project arguing that it will affect their livelihoods and lead to social and economic displacement. Nearly 1,500 residents are expected to be directly affected by the project, according to reports.

Fisherfolk communities in the region have also raised concerns of how the deep-sea port and industrial effluents will affect fishing in the region, based on the effect that a similarly large Eastern Economic Corridor, near Bangkok, had on the fishing community.

The residents have also long complained that the consultations process with project-affected people, largely conducted by private contractors and developers involved, deliberately barred those opposed to the project.