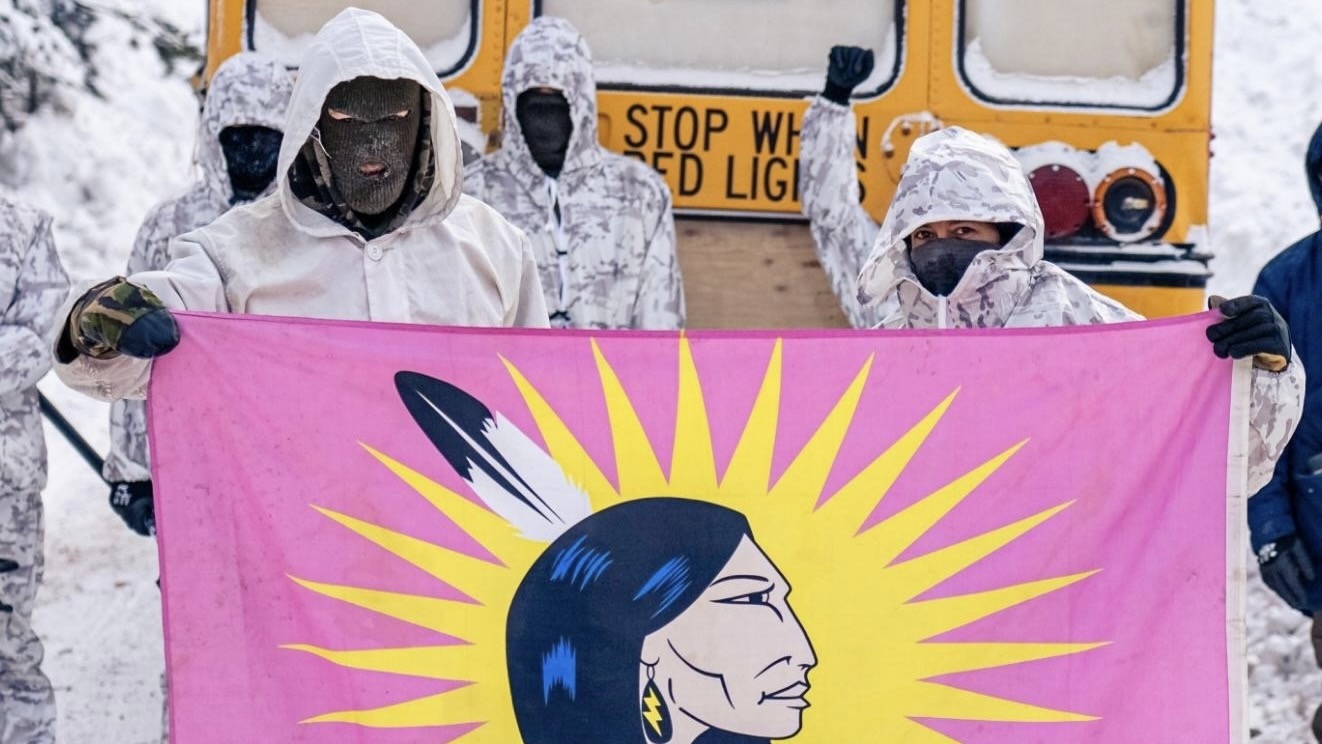 On Saturday, December 19, activists leading the Wet’suwet’en resistance against the Coastal GasLink (CGL) pipeline project declared that they evicted workers of the project from the drill site. This development comes exactly a month after the Royal Canadian Mounted Police (RCMP) violently dismantled a blockade led by the Gidimt’en clan near Camp Coyote and arrested dozens of protesters and even bystanders.

The declaration of reclaiming Camp Coyote was made over a statement released by the Gidimt’en Checkpoint, on Sunday, December 20. “This courageous action took place one month after a wave of militarized raids on Gidimt’en land,” the statement read.

Between November 18 and 19, in repeated attacks to dismantle the protest site in Camp Coyote, the RCMP made 30 arrests, including several traditional leaders of the Wet’suwet’en tribes, along with other land defenders, journalists, and legal observers. The crackdown came at the behest of the CGL that had secured an injunction against the anti-pipeline protesters by the provincial supreme court.

The RCMP crackdown came after weeks of protest in the Wet’suwet’en lands, upon which a major portion of the CGL pipeline is proposed to be built. On November 14, a notice was sent to CGL reinforcing a 2020 evacuation notice, issued by the hereditary chiefs of Wet’suwet’en, against the construction.

Tribal leaders and protesters insist that the evacuation order is still effective and supersedes the court’s injunction. “The Wet’suwet’en people have never sold, surrendered, or in any way relinquished title to Wet’suwet’en land,” argued the December 20 statement, reiterating the long-standing assertion of sovereignty over the traditional lands by the Indigenous community.

“Coastal GasLink does not and will never have the consent of the Wet’suwet’en Hereditary governance system and should expect that Wet’suwet’en law will prevail on our lands”, said Sleydo’ Molly Wickham, spokesperson for the Gidimt’en Checkpoint, in the statement. “No amount of state violence against us will make us forget our responsibility to protect the water for all future generations.”

Wet’suwet’en activists have also launched an international week of action calling on supporters to exert pressure on key shareholders and financiers of the CGL project. The call for action specifically named one of the crucial financiers of the project, RBC (Royal Bank of Canada), which is among the 27 banks that provided the project with a loan of CAD 6.4 billion (around USD 4.95 billion).

Moreover, RBC along with others in the league of Canada’s “Big Five” banks – BMO, Scotiabank, CIBC and TD – also have reportedly offered over USD 200 million in working capital on the project.

In the statement released for the International Week of Action, Wet’suwet’en activists have called for different forms of demonstration to hold RBC accountable, including demonstrations at its headquarters and flooding them with phone calls, among other things. The call for action has also pointed to the immense harm done by big banks and investors when investing in projects like CGL, that is set to contribute to the rising consumption of fossil fuel.

“We are all in this together and we all have a responsibility to stand up to big financial institutions that invest and keep the fossil fuel industry going full force,” read the statement. “With no green sustainability transition in the foreseeable future, all of humanity and our kin are at dangerous risk.”

According to the National Observer, RBC has also been the biggest financier of fossil fuel projects among Canadian banks, since the Paris Agreement of 2014.

The reclamation of Camp Coyote also closely followed the 24th anniversary of the landmark Delgamuukw v British Columbia judgment passed by the Supreme Court of Canada in 1997. The judgement had the first comprehensive judicial account of Aboriginal Title, as a part of Aboriginal rights in Canada, and defined its principles which were later expanded in another ruling by the court in 2014.

The Wet’suwet’en tribe, along with the Gitxsan tribe, were plaintiffs in the Delgamuukw case and laid sovereign claims over 58,000 sq.km. of land in British Columbia province. The judgment was one of the key judicial precedents used by activists and Wet’suwet’en leadership against the controversial Band Council decision to allow for pipeline construction and the provincial supreme court injunction.

“The Supreme Court of Canada recognized the Wet’suwet’en Hereditary Chiefs as representatives of the Wet’suwet’en title holding collective, and Anuc ‘nu’at’en (Wet’suwet’en law) as the basis of Wet’suwet’en society,” read the statement released by Gidimt’en Checkpoint over their official Twitter handle.