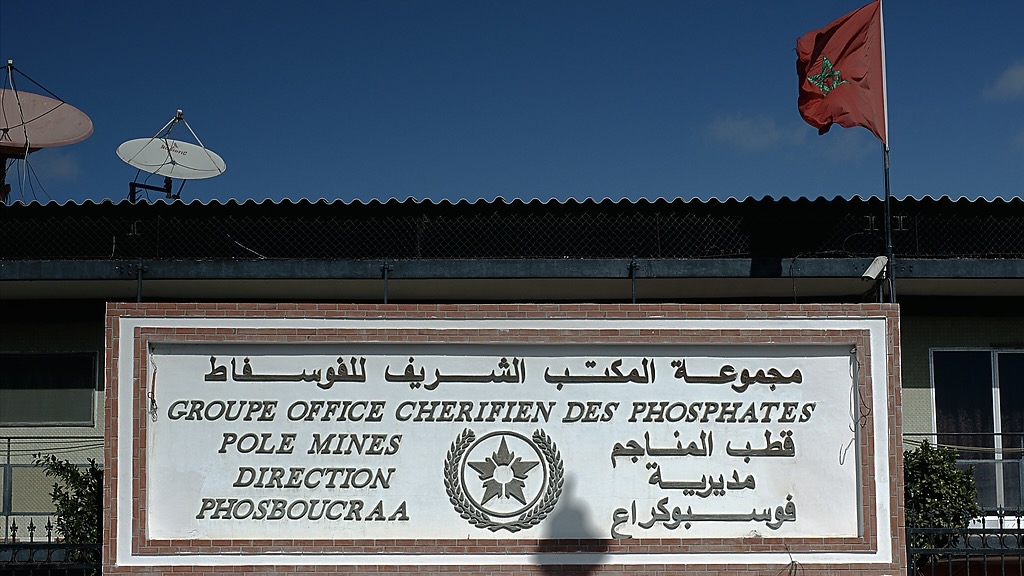 In November 2020, the Moroccan government sent its military to the Guerguerat area, a buffer zone between the territory claimed by the Kingdom of Morocco and the Sahrawi Arab Democratic Republic (SADR). The Guerguerat border post is at the very southern edge of Western Sahara along the road that goes to Mauritania. The presence of Moroccan troops “in the Buffer Strip in the Guerguerat area” violated the 1991 ceasefire agreed upon by the Moroccan monarchy and the Polisario Front of the Sahrawi. That ceasefire deal was crafted with the assumption that the United Nations would hold a referendum in Western Sahara to decide on its fate; no such referendum has been held, and the region has existed in stasis for three decades now.

In mid-January 2022, the United Nations sent its Personal Envoy for Western Sahara Staffan de Mistura to Morocco, Algeria, and Mauritania to begin a new dialogue “toward a constructive resumption of the political process on Western Sahara.” De Mistura was previously deputed to solve the crises of US wars in Afghanistan, Iraq, and Syria; none of his missions have ended well and have mostly been lost causes. The UN has appointed five personal envoys for Western Sahara so far—including Mistura—beginning with former US Secretary of State James Baker III, who served from 1997 to 2004. De Mistura, meanwhile, succeeded former German President Horst Köhler, who resigned in 2019. Köhler’s main achievement was to bring the four main parties—Morocco, the Polisario Front, Algeria, and Mauritania—to a first roundtable discussion in Geneva in December 2018: this roundtable process resulted in a few gains, where all participants agreed on “cooperation and regional integration,” but no further progress seems to have been made to resolve the issues in the region since then. When the UN initially put forward De Mistura’s nomination to this post, Morocco had initially resisted his appointment, but under pressure from the West, Morocco finally accepted his appointment in October 2021, with Moroccan Foreign Minister Nasser Bourita welcoming him to Rabat on January 14. De Mistura also met the Polisario Front representative to the UN in New York on November 6, 2021, before meeting other representatives in Tindouf, Algeria, at Sahrawi refugee camps in January. There is very little expectation that these meetings will result in any productive solution in the region.

When President Joe Biden took office in January 2021, it was expected that he might review parts of the Abraham Accords. However, US Secretary of State Antony Blinken made it clear during his meeting with Bourita in November 2021 that the US government would continue to maintain the position taken by the previous Trump administration that Morocco has sovereignty over Western Sahara. The US, meanwhile, has continued with its arms sales to Morocco but has suspended weapons sales to the United Arab Emirates.

By the end of November 2021, the government of Morocco announced that it had earned $6.45 billion from the export of phosphate from the kingdom and from the occupied territory of Western Sahara. If you add up the phosphate reserves in this entire region, it amounts to 72 percent of the entire phosphate reserves in the world (the second-highest percentage of these reserves is in China, which has around 6 percent). Phosphate, along with nitrogen, makes synthetic fertilizer, a key element in modern food production. While nitrogen is recoverable from the air, phosphates, found in the soil, are a finite reserve. This gives Morocco a tight grip over world food production. There is no doubt that the occupation of Western Sahara is not merely about national pride, but it is largely about the presence of a vast number of resources—especially phosphates—that can be found in the territory.

In 1975, a UN delegation that visited Western Sahara noted that “eventually the territory will be among the largest exporters of phosphate in the world.” While Western Sahara’s phosphate reserves are less than those of Morocco, the Moroccan state-owned firm OCP SA has been mining the phosphate in Western Sahara and manufacturing phosphate fertilizer for great profit. The most spectacular mine in Western Sahara is in Bou Craa, from which 10 percent of OCP SA’s profits come; Bou Craa, which is known as “the world’s longest conveyor belt system,” carries the phosphate rock more than 60 miles to the port at El Aaiún. In 2002, the UN’s Under-Secretary General for Legal Affairs at that time, Hans Corell, noted in a letter to the president of the UN Security Council that “if further exploration and exploitation activities were to proceed in disregard of the interests and wishes of the people of Western Sahara, they would be in violation of the principles of international law applicable to mineral resource activities in Non-Self-Governing Territories.” An international campaign to prevent the extraction of the “conflict phosphate from Western Sahara by Morocco has led many firms around the world to stop buying phosphate from OCP SA. Nutrien, the largest fertilizer manufacturer in the United States that used Moroccan phosphates, decided to stop imports from Morocco in 2018. That same year, the South African court challenged the right of ships carrying phosphate from the region to dock in their ports, ruling that “the Moroccan shippers of the product had no legal right to it.”

After the 1991 ceasefire, the UN set up a Mission for the Referendum in Western Sahara (MINURSO). This is the only UN peacekeeping force that does not have a mandate to report on human rights. The UN made this concession to appease the Kingdom of Morocco. The Moroccan government has tried to intervene several times when the UN team in Western Sahara attempted to make the slightest noise about the human rights violations in the region. In March 2016, the kingdom expelled MINURSO staff because the then UN Secretary-General Ban Ki-moon referred to the Moroccan presence in Western Sahara as an “occupation.”

Pressure from the United States is going to ensure that the only realistic outcome of negotiations is for continued Moroccan control of Western Sahara. All parties involved in the conflict are readying for battle. Far from peace, the Abraham Accords are going to accelerate a return to war in this part of Africa. 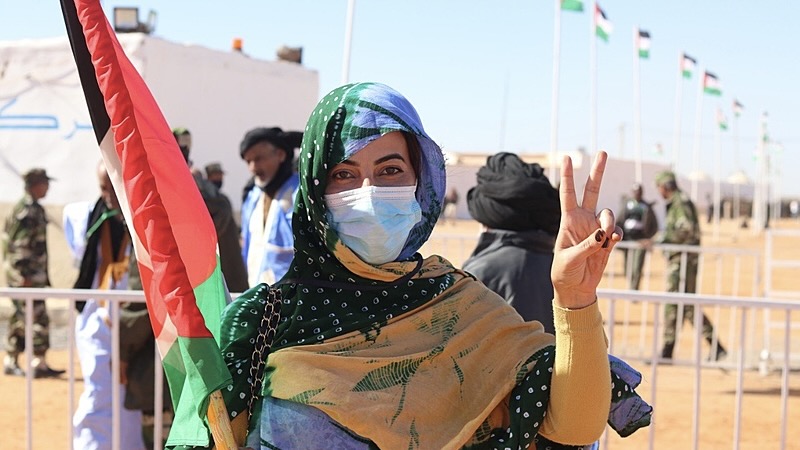 Direct from Western Sahara: learn about the struggle of the last colony in Africa 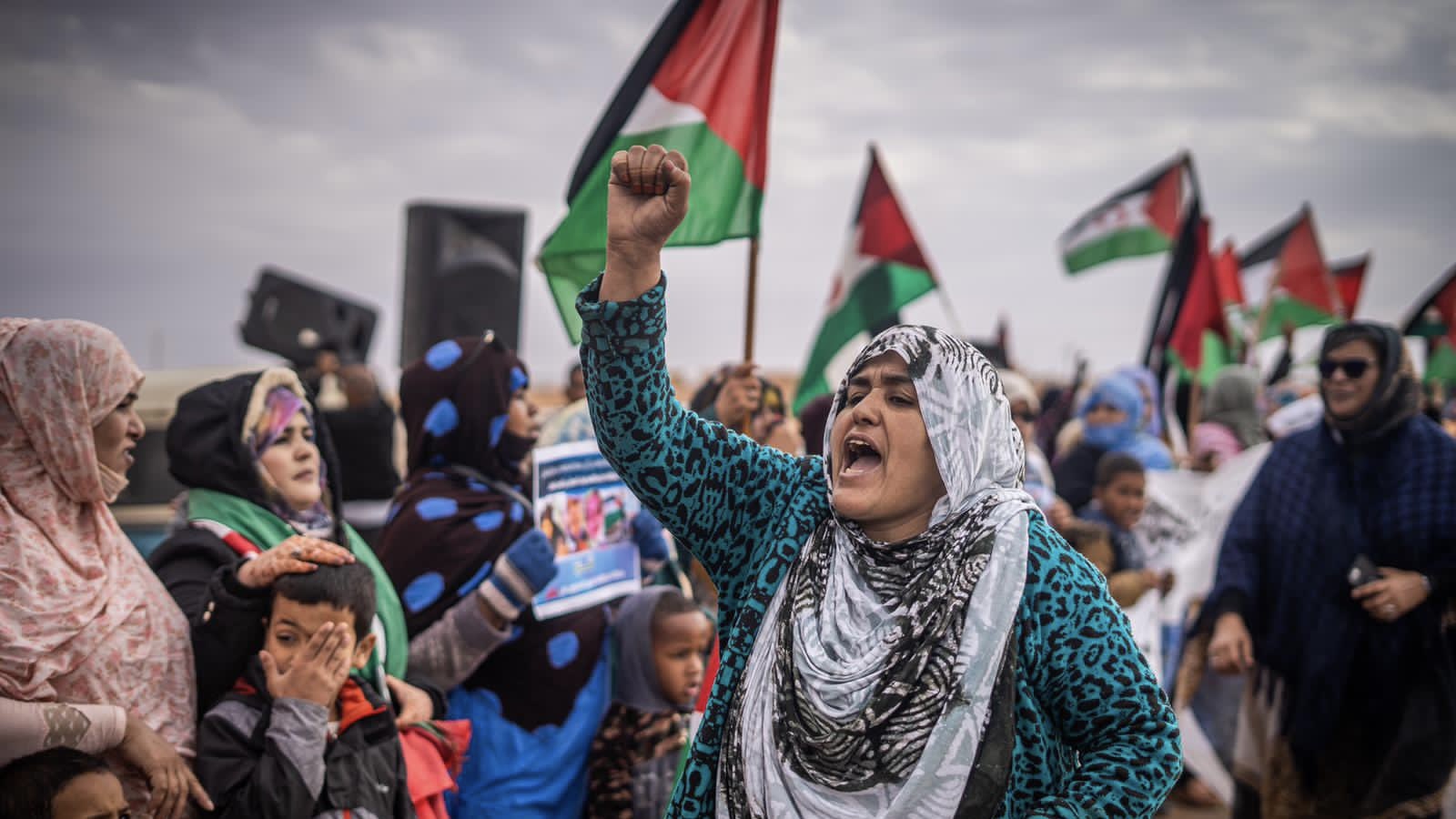 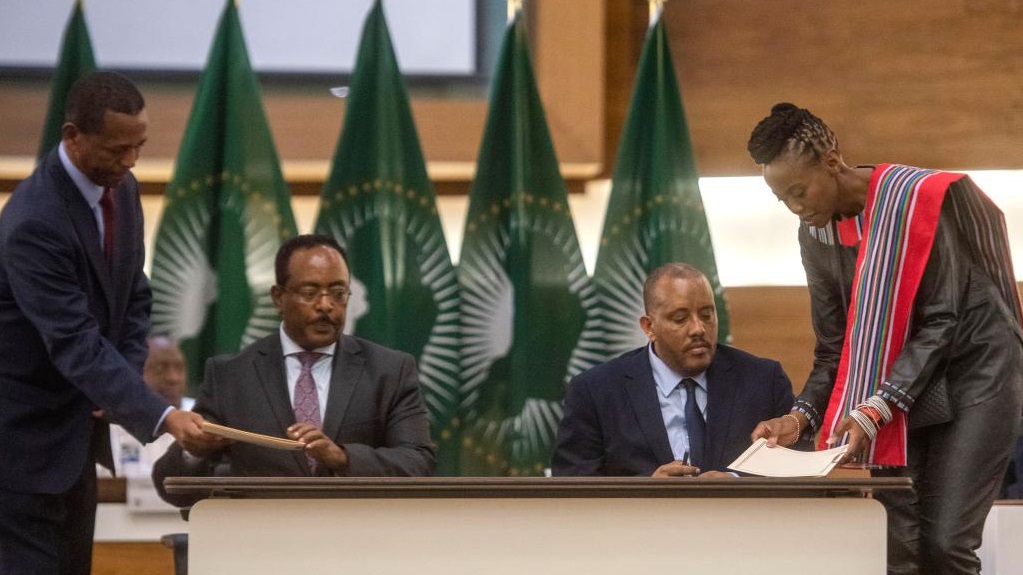