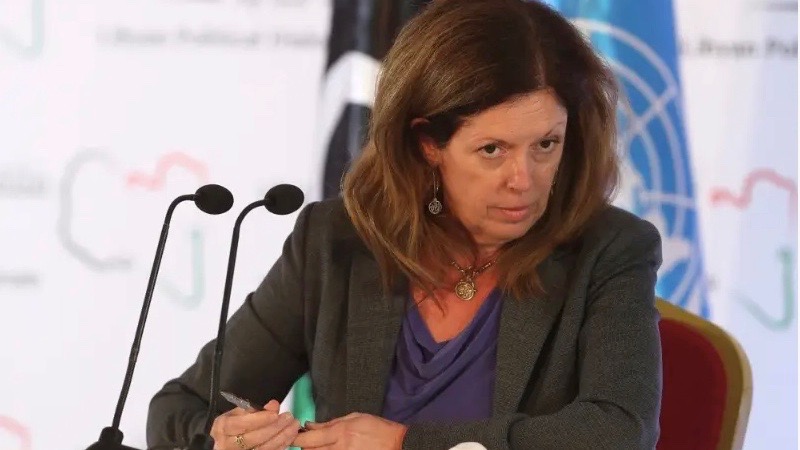 The United Nations has called for holding national elections in Libya as early as possible after yet another deadline passed this week. However, uncertainty looms over the fate of the UN mission in the country due to a diplomatic tussle between the US and Russia over the fate of UN secretary general’s special advisor in the country, Stephanie Williams.

On Wednesday, January 26, while addressing local representatives in the southern city of Sabha, Williams called on all parties and institutions to set a clear-cut timeline for the elections as agreed in the peace agreement.

She reiterated her stance on Wednesday that early elections will bring peace to the country. She appealed to “the House of Representatives, the High Council of State, the Government of National Unity, and other concerned institutions and parties to listen to the will of their people and put the elections firmly back on track, through a consensual path and a clear timeline,” LibyanExpress reported.

As per the agreement under the Libyan Political Dialogue Forum (LPDF), the national elections were scheduled for December 24 last year. They were postponed at the last minute after election authorities expressed their inability to hold the elections on time due to legal conflicts over the candidature of some individuals, including interim prime minister Abdul Hamid Dbeibah, war lord Khalifa Haftar, and Saif al-Islam, son of former ruler Muammar Gadhafi.

The parliamentary committee responsible for holding the elections had demanded 30 days to fix fresh dates for the elections. However, after the expiration of the time limit earlier this week, it advised the parliament to appoint a new interim prime minister arguing that it needs at least nine more months to prepare for fresh elections in the country.

Following the controversial move by Dbeibah to file his nomination for the president’s post, several members of the Libyan parliament had demanded his disqualification. They said that Dbeibah broke the promise he made at the time of the formation of the interim administration early last year to not contest the elections. He is also accused of using government funds to promote his candidature.

On Monday, some of the presidential nominees held a meeting in Tripoli and demanded elections, claiming that they cannot accept an interim administration for an indefinite period. Saif al-Islam, one of the leading contenders in the elections, announced his own initiative to resolve the hurdles on Thursday, January 27.

On Friday, the UN failed to vote on extending the mandate of its interim mission in Libya due to differences between the US and Russia. Russia wants the replacement of Stephanie Williams before it votes on the resolution. The mandate of the United Nations Special Mission in Libya (UNSMIL) is expiring on January 31.

Williams played an important role in bringing the conflicting parties to sign a ceasefire agreement and devising an interim administration under the LPDF in 2020 when she was the acting director of the UN’s Libya mission. She was reappointed in November following the sudden resignation of Ján Kubiš from the mission.