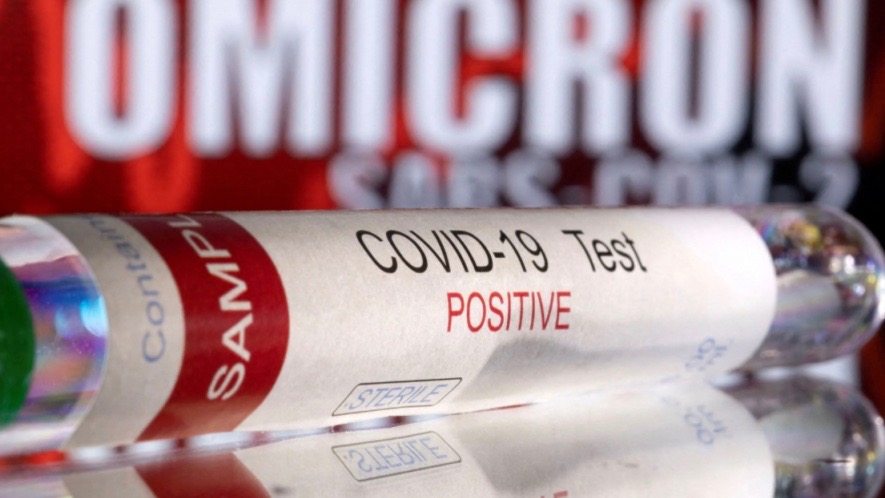 The first concern is whether it is at all needed to have a vaccine specific to Omicron. Also, it is essential to know what changes these vaccine variants have compared to earlier vaccines by the same manufacturers?

Noted virologist Shahid Jameel while speaking to NewsClick, explained the scenario. He said—”Companies are looking at the future. Since Omicron covers all immune evasion mutations found in all the other major variants, the logic is that an Omicron-specific vaccine will neutralize and protect against existing and (possibly) future variants. Of course, all this addresses only antibody-mediated protection, which protects from symptomatic infection. Protection from severe disease requires T cells that are not measured in most variant studies. Cross-protecting T cells so far continue to protect vaccinated people from severe disease.”

Satyajit Rath of IISER Pune also gave a similar view on the utility of such a variant-specific vaccine. He said—”As a general strategy, it is useful to be able to design and test vaccines against emerging virus strains that may have major public health consequences. Omicron lineages of the SARS-CoV-2 virus are spreading rapidly, though unequally, across the world, and are likely causing substantial serious illness burden in unvaccinated, marginalized communities, especially in the global south.”

However, Dr Rath raised some concerns about how these vaccines would be administered if finalized. He also advocated a global policy formulation rather than utilizing such vaccines for profit-making by big pharma companies—”So, it is not a good idea to think of the Omicron strain itself as a ‘vaccine’, and specific vaccines would be useful tools going forward. That said, it is somewhat unclear how such Omicron strain-specific vaccines are to be tested. Are they to be tested like the first-generation vaccines were tested for their ability to prevent serious illness? If so, then the earlier vaccines already do a fairly good job of such protection, even in the context of Omicron.”

He further commented, “Are they to be tested for their ability to prevent even mild illness and/or asymptomatic infection? If so, that is a new benchmark, and it is not clear if it is necessary from a public health perspective. Will such Omicron-specific vaccines be tested and eventually administered by themselves (which seems unlikely since the first-generation vaccines are being widely administered), or as follow-up vaccines after the first-generation vaccines? And in all this context, it is unlikely to be a good idea to leave this entire strategic area of global public health up to profit-making pharma companies, with no framework of global, inclusive public health within which to use such vaccine instruments.”

The other primary concern about these vaccines is centered around the mutability of the SARS-CoV-2 virus as it has a large mutation window (As its genome size is comparatively bigger), and it is not an easy task to predict what changes the virus will accumulate over time. In this perspective, how far is it reasonable to go for variant-specific vaccines and is it sustainable at all?

Dr Jameel explained the phenomenon lucidly— “It is difficult to say how much more mutation is possible in critical areas of the virus to increase its transmission and severity. Most mutations are deleterious for any virus; some are neutral, and only very few are actually beneficial. The high rate of virus multiplication ensures that the deleterious ones are quickly lost, and the beneficial ones become part of the lineage. More mutations are certainly possible, but we worry about the critical ones. And the virus does not have an unlimited repertoire either. It starts affecting virus fitness.”

Dr Jameel further said about the variant-specific vaccine as—”Variant specific vaccines might become important if a more severe variant emerges that also evades immunity. An Omicron vaccine is more likely to neutralize it than the present vaccines. It’s all a matter of staying ahead of the virus’ game.”

However, Dr Rath also put similar opinions advocating for a global vaccine policy. He commented—”Well, yes, but the mutation rate of the virus is somewhat slower than that of other RNA viruses, so this by itself is not a major factor, I think. And in any case, it is indeed tough to predict what changes in the virus population will get selected, when and where. However, a well-designed global monitoring system will be able to identify new strains of potential concern, and follow-up next-generation vaccines would help. Since SARS-CoV-2 is going to become endemic, such a global system will quite likely be advisable, sooner rather than later.”

Of late, a third booster dose of the existing vaccines (without the variant specificity) is being administered in several parts of the world. India also has started it on January 10. “Studies across the world have shown that boosters help reduce infection, transmission and severe disease. Studies show now that one infection plus two vaccine doses are better than three vaccine doses. Every country will have to make decisions based on its infection, vaccination and vaccine supply position”—Dr Jameel commented on the decision about booster doses.

However, Dr Jameel raised some concerns about the booster strategy of the country—”The most reasonable strategy will be to make boosters available for everyone with comorbidities and the elderly. What booster to use should depend upon science and vaccine availability. That is why India’s policy baffles me, and I have written about it”—he said. Dr Jameel wrote earlier about the need for booster doses highlighting the vaccine status of the country and about the problems with the policies.

Dr Rath commented on it with his apprehensions and the policy faults. “Since their utility is somewhat unclear, everyone uses them based on reasonable expectations, but not on robust evidence. That would be fine, if such ‘booster’ campaigns did not compete and interfere with global completion of the basic immunization campaign, which does, sadly, seem to be an issue.”