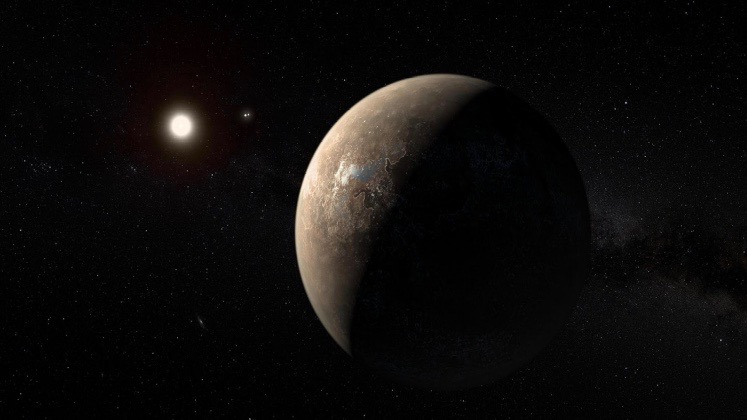 Proxima Centauri, a small, low-mass star located about 4.2 light years away from the Sun, remains largely elusive despite being researched for decades. Now, a new finding claiming that a candidate planet is orbiting Proxima Centauri has sparked interest towards the star. Astronomers have named it Proxima Centauri d, which will be the third planet of the nearest star from the Sun.

Guillem Anglada-Escudé, an astronomer at the Queen Mary University of London, and his team discovered the first planet orbiting Proxima Centauri in 2016. Commenting on the latest finding, Guillem said, “It’s showing that the nearest star probably has a very rich planetary system.” The discovery of Proxima Centauri d is published in the journal Astronomy & Astrophysics.

Conventionally, astronomers wait for independent confirmation before making an official conclusion about introducing a new planet or star to the catalogue. Nevertheless, the team that led the discovery is highly confident of its finding, according to lead scientist João Faria at the Institute of Astrophysics and Space Sciences of the University of Porto in Portugal.

Faria’s team used an advanced instrument known as the Eschelle Spectrograph for Rocky Exoplanets and Stable Spectroscopic Observations (ESPRESSO) at the Very Large Telescope, which is actually a system of four telescopes of 8.2 metres. This telescope system is situated at the European Southern Observatory, Cerro, Chile.

The ESPRESSO could measure the minute shifts in the spectrum of light emanating from the star, which occur due to the gravitational pull the star exerted on the planet while orbiting. The technique detects changes in the motion of the star along the light of sight from Earth, according to Nature. ESPRESSO can detect variations as minute as 10 centimeters per second. Faria explained how the team used the technique: “The total effect of the planet’s orbit, which takes only five days, is about 40 centimeters per second. I knew that ESPRESSO could do this but I was still surprised to see it showing up.”

The team explored for about two years making more than 100 observations of Proxima Centauri’s spectrum. ESPRESSO was kept inside a tank to maintain a constant pressure and temperature in a room specially designed at the observatory. The team used this arrangement to make sure that the observations and measurements are consistent and remain repeatable over years.

“ESPRESSO can measure the wavelength of spectral lines with a precision of 10−5 ångströms, or one-ten-thousandth of the diameter of a hydrogen atom, Faria said. This shows the precision at which the system can function.

ESPRESSO was developed mainly to study planets outside the solar system as well as extremely bright and distant objects known as quasars. The latest discovery shows that the instrument actually works as it was advertised, according to experts.