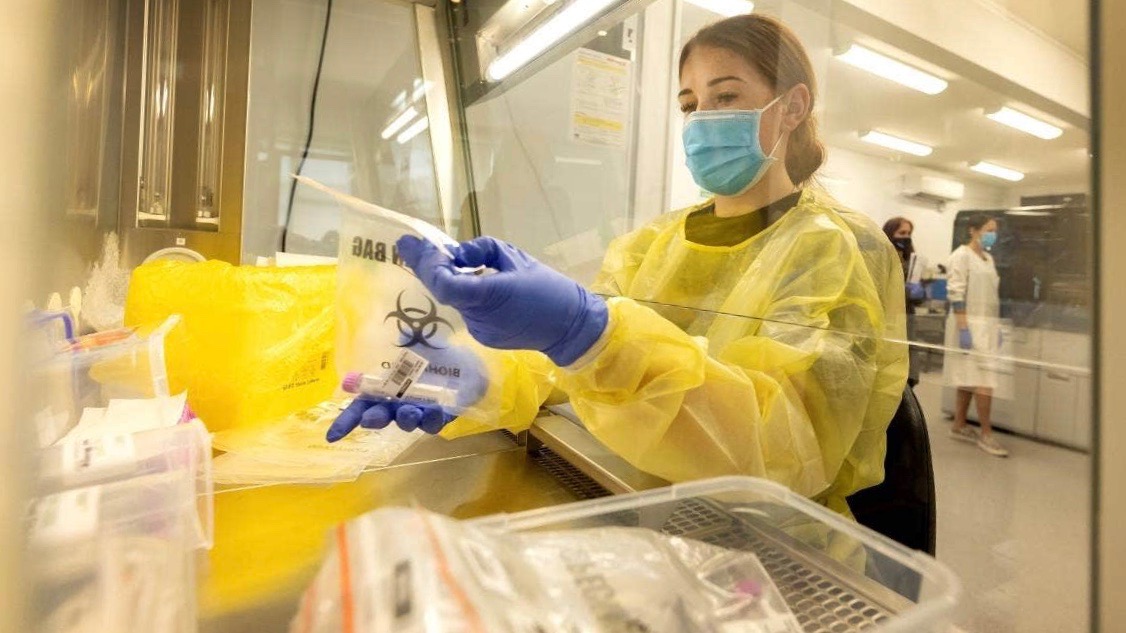 The New Zealand government is increasingly facing pressure from health workers as thousands of them are preparing to strike in the coming month. Organized by the Public Service Association (PSA), over 10,000 allied health workers are set for two 24-hour walkouts on March 4 and 18, in a bid to pressure the government for a fair work contract.

The timing of the strike adds considerable pressure on the Jacinda Ardern government at a time when the country is facing a rapid rise in the number of COVID-19 infections with the onslaught of the Omicron variant. Public health experts and the government are in the middle of preparing for the Omicron surge set to peak in the month of March.

The strike can be detrimental for these preparations as the PSA represents thousands of workers covering over 70 health worker groups, who play a crucial role in the counter-pandemic efforts. These include contact tracers, laboratory technicians, sterile supplies technicians and pharmacists, as well as dental assistants, social workers and mental health workers.

The strike, which was announced on February 16, comes after 15 months of what the PSA calls “fruitless” negotiations with the 20 District Health Boards (DHBs), regulatory bodies that handle almost all matters concerning hospitals and health care services across New Zealand. Workers have argued that throughout the pandemic, they have been treated as secondary to their better paid counterparts like doctors and nurses.

In their statement announcing the strike, the PSA acknowledged the effects that the strike could have as the number of cases peak, but also highlighted the desperate conditions that pushed the workers to strike. “We are now in a position where strike action is our only remaining option to get the DHBs and the Government to listen,” said PSA organizer Will Matthews.

Workers have been demanding a pay rise, addressing shortcomings in safe staffing and delays in pay equity settlements. Over 90% of the workers rejected the latest deal by DHBs in December 2021 arguing that it did very little to deal with stagnating wages and the rising inflation which stands at a 30-year high of 5.9%.

“The new offer is insulting. It felt like the DHBs only came to mediation because they had to but had nothing to offer in the hope of any resolution,” stated Dianna, a PSA delegate. “It’s awful to realize that we need to strike in order to be heard! No one across the table appears to be listening to how bad it currently is.”

Allied health workers have long complained of exhaustion, worker shortages, and unsafe staffing conditions. For instance, the country’s nearly 4,000 laboratory workers, who have handled close to six million COVID-19 tests in the past two years, are sorely understaffed.

Apex, a union representing laboratory medical technicians and scientists, has stated that labs across the country, that were already under-staffed and under-resourced before the pandemic hit, need at least 400 more workers to cope with the current surge.

According to reports, a third of the lab workers rarely or never received their nine-hour mandatory break between shifts and overtime hours have extended to an average of two hours a day in several departments since the onset of the pandemic. This is also reflected in other areas in the sector, with a recent government inquiry this month finding that 62% of the surveyed frontline health workers, including nurses, reported that “half or more” of their last 10 shifts were understaffed. This translates into extra work load on existing workers.

Noting the various professionals that are gearing up for the strike, Matthews stated that “New Zealand needs each and every one of these professionals. And yet many of them don’t even earn a living wage.”

The unions have pointed out that an average allied health worker earns around NZD 22.75 (USD 15.39) an hour. This is barely above the hourly minimum wage of NZD 20, which is set to be upgraded to NZD 21.2 starting this April. Moreover, with the last Multi-Employer Collective Agreement (MECA) expiring in late 2020, wage progression has been frozen during the course of the negotiations that have dragged on for over 15 months.

Despite such widely reported issues, the government has been tight-lipped. Last week, responding to the strike, health minister Andrew Little stated that the DHBs are requesting for Employment Relations Authority for government-mediation.

Little also said that he is “urging the DHBs to do everything they can to come to the party, to come to terms and reach agreement to avoid a strike action happening.” When asked to respond to the specific demands of the workers, minister Little was reluctant to comment, but called on the PSA as well as the DHBs to make use of the government arbitration process to avoid industrial action.

On February 22, New Zealand reported the highest ever daily rise of over 3,300 COVID-19 cases, even though it has so far maintained to keep deaths to almost zero for most days. The rising number of cases also meant a large number of daily tests, which stood at more than 28,500 on February 21, and increasing hospitalization in the coming weeks.