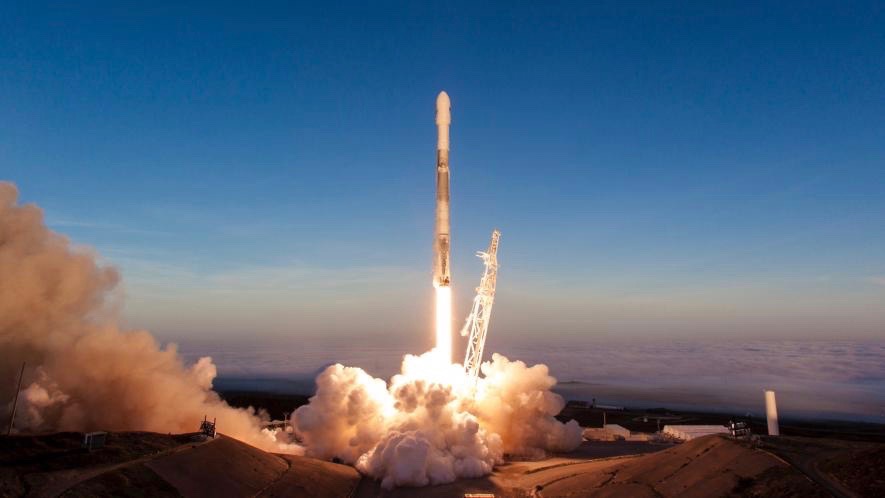 In yet another successful and massive space mission undertaken by China, 22 new satellites have been put into their orbits in a single ride. A new record for Chinese space endeavor, the mission was accomplished on Sunday morning from the Wenchang Spacecraft Launch Site in the southern Hainan Province, according to CGTN. The mission has been accomplished by a specially modified Long March-8 carrier rocket which blasted off at 11.06 am; it flew over 15 minutes before it deployed the 22 satellites into designated orbits, reports said.

The satellites were made by seven institutes and private companies are expected to be used for collecting commercial data like remote sensing along with undertaking environmental monitoring, prevention of forest fire and also disaster reduction. Xiao Yun, the commander in chief for the launch, commented saying, “You can call it a ‘shared rocket’ if you want.” We prepare one or two types of rockets every year for that. If there are many satellites to launch, we use a big rocket. If only a few to launch, we have smaller rockets.”

The latest Long March-8 rocket is the second one developed by the China Academy of Launch Vehicle Technology (CALT) that aims at commercial launches. The first mission was launched in the later part of 2020. For the latest launch, the carrier rocket was modified a bit, as can be seen from the fact that it lacks the two boosters its predecessor rocket had. This modification has significance—the design is like a step closer to making the first stages of reusable SpaceX’s Falcon 9. The reusable design also has other advantages in terms of lesser launch costs and achieving better commercial success. Explaining the importance of the redesign, Wu Yitian, the deputy chief designer of the rocket, said, “The Long March-8 can launch 3 tonnes of satellites into low Earth orbit (LEO) or medium Earth orbit. Such rockets are urgently needed by the market, especially to launch Earth observation satellites.”

The Long March-8 is capable of other manoeuvres; it combined the 3.5-metre diameter Long March-7, which is a kerosene-liquid oxygen first stage with a 3-metre diameter hydrolox second stage belonging to the older generation of Long March 3A series. Xiao Yun said, “To put it simply, we have hammered out a ‘carpooling’ solution to launch many small satellites in one successful launch mission.”

The latest and the Second-Long March-8 that flew without the two side boosters has a length of 50.3 meters and its mass at the time of take-off is 356 tons. The Long March-8 has been developed with the capability of vertical take-off and vertical landing, and the side boosters would be attached to the first stage.

The latest mission also involved private companies who have built satellites for gaining commercial use, which includes Changguang Satellite Technology which launched 10 satellites, small satellite manufacturer Minospace which had five satellites in the mission; Spacety, a constellation operator, had two satellites, and others. Along with the private manufacturers, Wuhan University for Hyperspectral imaging developed the Phosphorus-1 satellite, which weighs 22 kilograms. Shandong Institute of Aerospace Electronics Technology made the Tianqi-19 satellite, which has a low-earth orbit.

The latest mission is a part of ambitious Chinese space missions that aim to launch more this year. The newest launch is considered to set up a new record in space endeavors.