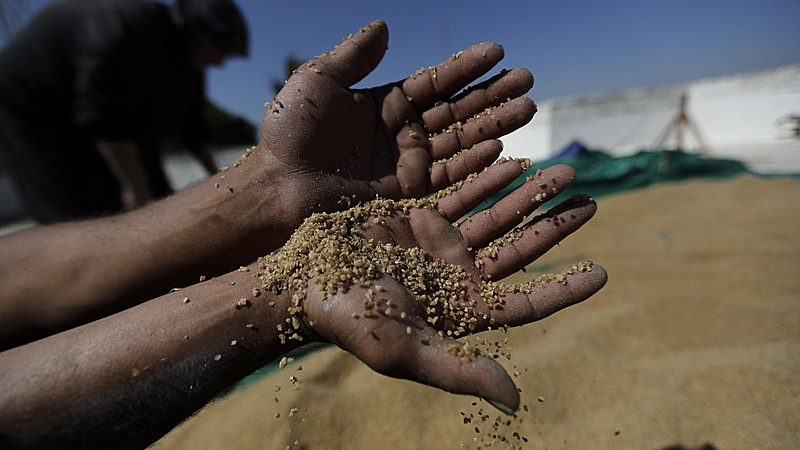 The conflict between Russia and Ukraine has also shaken up the global commodities market. Russia is the world’s largest exporter of wheat, with Ukraine in fourth place. Together, they account for 30 percent of global wheat exports, 19 percent of corn exports, and 80 percent of sunflower oil exports.

According to the Food and Agriculture Organization of the United Nations (FAO), in 2021 alone the Russians produced 88.9 million tons of wheat, behind only the European Union, China, and India. Ukraine was the fifth largest producer of wheat in 2021, at 29 million tons.

Cereal prices had been rising since last year due to a number of factors: pandemic, increased demand for goods, the energy crisis in Europe and climatic factors.

The increase in prices is due to the uncertainty about the duration of the conflict and the ability to supply the market. The planting period for the summer wheat crop begins this March, while the harvest is scheduled for July.

“Everything will depend on how long this conflict will last. Russia will theoretically maintain its production capacity, but Ukraine runs the risk of being unable to produce and this will not benefit anyone,” says economist Francisco Pessoa, in an interview with Brasil de Fato.

If on the one hand the war can prevent Ukraine from planting wheat crop, the sanctions imposed by the United States and the European Union can also prevent Russia from selling produce.

“Russia will face problems because the two largest container companies have already suspended their activities in the country, so there is a great possibility that Russia will have wheat in storage and will not be able to sell it,” notes the economist.

In retaliation for the invasion of Ukraine, the European Union and the United States have decided to ban Russia from the SWIFT system, a messaging platform that connects about 70 percent of financial institutions across the planet.

“The sanctions are there, but there are also a number of ways to triangulate through non-sanctioned countries. And in this triangulation the buyer pays less, because the sanctioned country offers its product at a good discount,” comments Francisco Pessoa.

“What we see is that sanctions are not enough to change regimes. They create suffering for the local population, not regime change. The big risk, because wheat is such an essential product in the diet of many countries, is the problem of hunger,” comments Pessoa.

And Brazil, which imports between 6 and 7 million tons of wheat per year, which corresponds to 50% of national consumption, could also be affected by the situation in Ukraine with an increase in prices of basic products on the consumer’s table.

This article was originally published in Portuguese on Brasil de Fato.