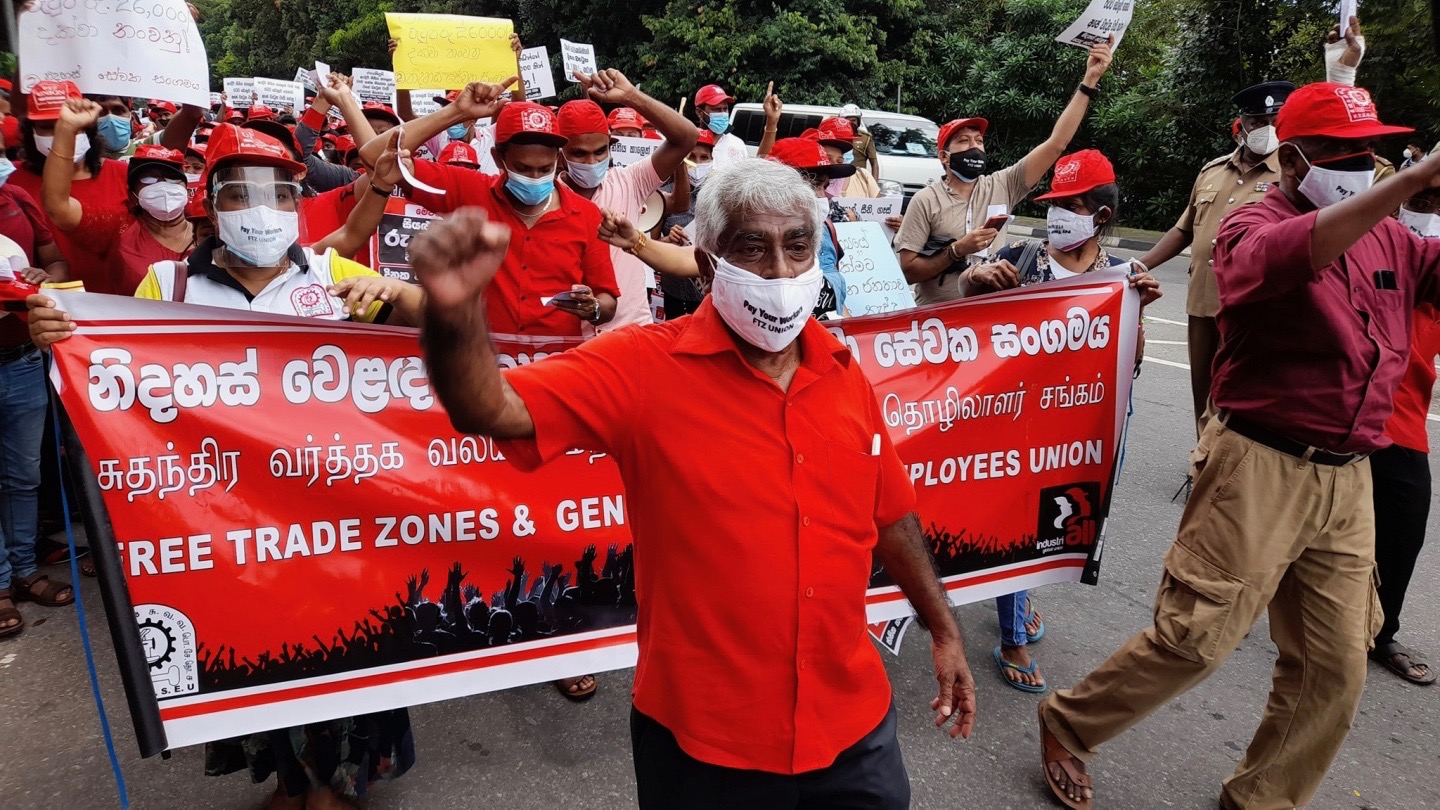 According to Anton Marcus, joint secretary of the Free Trade Zones and General Services Employees’ Union, the agitating unions will form village committees of social activists across the country to mobilize citizens to demand that the government pay LKR 5,000 as monthly allowance to all categories of workers.

On January 3, authorities in Sri Lanka announced economic relief of USD 1.2 billion and a special allowance of LKR 5,000 to public servants and differently-abled soldiers amid a severe foreign exchange crisis and loss of harvest due to the chemical fertilizer ban.

However, the Gotabaya Rajapaksa-led government excluded private sector employees from the scheme. Most of these workers reportedly fetch a minimum of LKR 16,000 (USD 80) per month. Following the government decision, unions began campaigning for a salary hike for private sector employees. The unions supporting the action include the Sri Lanka Nidahas Sevaka Sangamaya, Free Trade Zones and General Services Employees’ Union, Ceylon Mercantile Industrial, and General Workers Union, among others.

On January 19, the unions held a joint conference followed by an island-wide protest on January 21. Ever since, the unions have been campaigning for parliamentarians to introduce a private member’s bill on minimum wages in the parliament.

The National Labor Advisory Council had previously recommended to the government in October 2021 to increase the minimum wage of private sector employees to LKR 26,000 and grant a subsidy on essential goods in the 2022 budget.

The cabinet had first instructed the labor minister to make arrangements for paying an allowance of LKR 5,000 to private sector employees. However, the employers refused to accept the government’s decision of a monthly increment.

Employers have cited economic losses caused by the COVID-19 pandemic to not pay the LKR 5,000 salary hike. Employers also claimed that they had paid the minimum wage of 26,000 LKR, which the unions say is false.