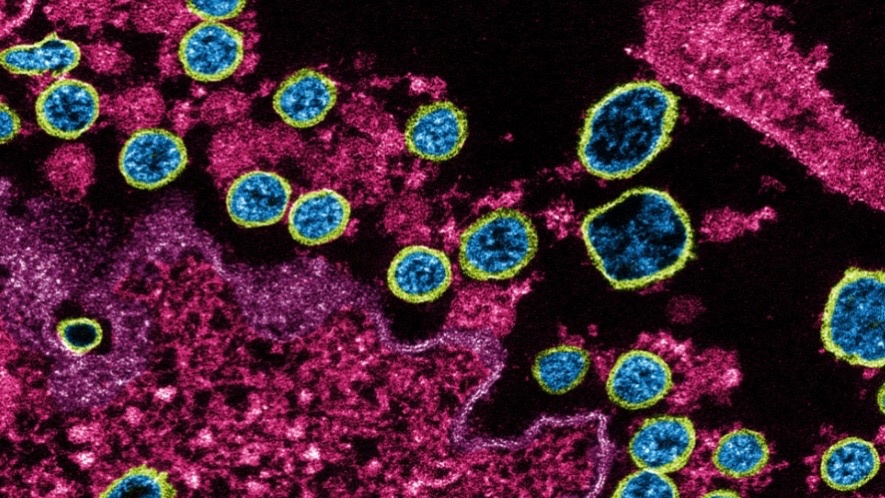 Scientists claim that there are genes in human bodies that can correlate to severity of the COVID-19 disease. One of the interesting aspects of the COVID-19 disease is the wide ranged manifestations of symptoms, starting from asymptomatic and mild symptomatic to severe respiratory disorder. Scientists have been exploring whether genes can play a role in an individual developing a particular symptom. However, it is worth mentioning here that the variation in symptoms because of COVID-19 is attributable to several other factors like viral loads (amount of virus in the body), virus variant, and others; the genetic correlation could be a part of it.

To decipher how genetics is correlated to disease severity, it is pertinent to have a good number of samples. Merely by looking at few individuals and their genetic make-up cannot decisively establish the relation to disease severity. In this direction, scientists have moved a step further. A research published in the Nature on March 7, has reported to have analyzed huge samples to look into genetics and its correlation to the severity of disease.

In the latest research, scientists have studied genetics of thousands of people. The research claims to have revealed fresh details of genetically determined biological mechanisms that are behind severity of the disease. The study found some 16 new genetic variants that can be associated with severe COVID-19, and among these, some are related to blood clotting, immune response, and inflammation, the researchers reported.

The researchers behind the project belong to the GenOMICC consortium, which is a global collaboration for studying genetics in critical illness and is led by the University of Edinburgh. They partnered with Genomics England. The team of researchers sequenced genomes of 7,491 patients that were admitted to the ICU (Intensive Care Unit) in UK. The gene sequences were compared with 48,000 other people who did not have COVID-19 along with 1,630 people who had mild symptoms.

The whole genome sequencing done in the study helped the scientists to have a detail map of the genetics of the participants. Genome, roughly denotes all of the genes of an individual. Knowing all the genes of the participants and which among them are related to severe patients made the scientists able to screen out 16 genes that are related to the ICU patients. The study also confirmed seven other genetic variations that were found earlier in serious patients.

“Our latest findings point to specific molecular targets in critical COVID-19. These results explain why some people develop life-threatening COVID-19, while others get no symptoms at all. But more importantly, this gives us a deep understanding of the process of disease and is a big step forward in finding more effective treatments. It is now true to say that we understand the mechanisms of COVID better than the other syndromes we treat in intensive care in normal times — sepsis, flu, and other forms of critical illness. Covid-19 is showing us the way to tackle those problems in the future,” commented Prof Kenneth Baillie, the project’s chief investigator.

“As COVID-19 evolves, we need to focus on reducing the number of people getting seriously ill and being hospitalized. Through our whole genome sequencing research, we have discovered novel gene variants that predispose people to severe illness — which now offer a route to new tests and treatments, to help protect the public and the NHS from this virus,” said Mark Caulfield, co-author of the study.

The findings of the study also show that interferon alpha 10, a key messenger molecule of the immune system, was disrupted by a particular gene variant and was enough to increase the risk of developing serious disease. Along with this, the study also found particular gene variation can disrupt the blood clotting component known as Factor 8 (a protein) and lead to critical illness in COVID-19 patients.