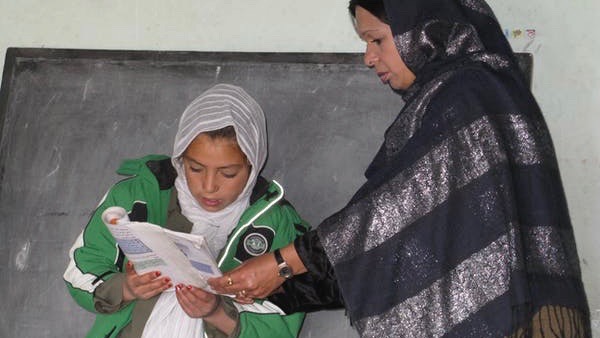 (Photo: Lauryn Oates via The Conversation)

On Wednesday March 23, the Taliban regime in Afghanistan ordered the closure of schools for girls from the seventh grade and above on the day they were supposed to reopen for the first time in several months.

Secondary schools for girls in Afghanistan have been shut since the Taliban swept to power in August 2021. They were scheduled to reopen on March 23 after the Afghan New Year (March 21). In January, Zabihullah Mujahid, government spokesman and deputy minister of culture and information, had told Associated Press that the Taliban’s education department would open classrooms for all girls and women at the end of March.

“Education changed my life – for the past 20 years, education change my life. To see a younger generation, those who didn't even know anything about the Taliban, just bombings – to face gender discrimination like that is so heartbreaking” ⁦@Sahar_fetrat⁩ ⁦@hrw⁩ pic.twitter.com/5mrYmOCiA0

No official reason has been provided for the shutting of girls’ secondary schools. Schools have been shut until further notice by the ruling regime citing that they will be opened after arrangements have been made to provide education according to “Islamic law” and “Afghan culture”.

Since most girls’ secondary schools have remained closed since August, adolescent girls have been deprived of access to education. International watchdog Human Rights Watch (HRW) has persistently called out these moves as gender discriminatory violations of girls and women’s rights by the Taliban.

The abrupt decision of the Taliban administration to shut schools for girls hours after their reopening has attracted global attention, raising questions about the future of Afghan women’s education.

The Ministry of Foreign Affairs of Qatar expressed on social media the country’s “great concern and disappointment” over the decision and called on the governing body in Afghanistan to “revisit its decision in line with the teachings of Islam in relation to women’s rights.” Turkey too issued a press release expressing regret over the continuation of restrictions on girl’s higher education in Afghanistan.

UN secretary general Antonio Guterres and Nobel Peace Prize winner Malala Yousafzai also took to Twitter and urged the Taliban authorities to reverse the decision in the benefit of the Afghan people.

I had one hope for today: that Afghan girls walking to school would not be sent back home. But the Taliban did not keep their promise. They will keep finding excuses to stop girls from learning – because they are afraid of educated girls and empowered women. #LetAfghanGirlsLearn

The failure by Taliban authorities to reopen schools for girls above 6th grade is profoundly disappointing & damaging for Afghanistan.

I urge the de facto authorities to open schools for all students without any further delay. https://t.co/OHWeMn1iJz

According to figures provided by UNESCO, in 2018, the female participation rate or gross enrollment ratio in secondary education was 40 and that of males was 70.5, reflecting a gaping disparity. The uncertainty over the reopening of secondary grade schools for Afghan women, who form the 48.3% of the total population, adds to the list of recent decisions to curb women in public and social life.

In the past months, women in Afghanistan have seen the list of restrictions imposed upon them grow longer. From sports, to education, profession and apparel, the women have resisted such gender-based discriminatory policies by the Taliban rulers.