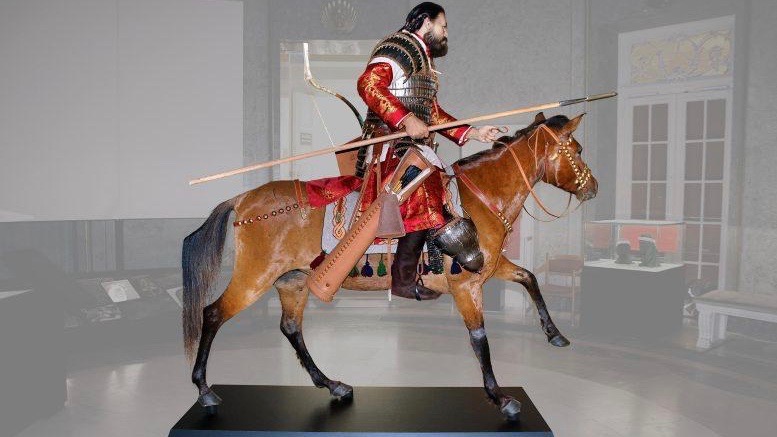 For decades, scholars have been trying to understand the origins and history of the nomadic Avar tribe, which are shrouded in mystery. The equestrian warriors played a critical role in the demise of the Roman Empire. They dominated the plains between present Vienna and Belgrade for more than two centuries.

Recent findings based on ancient DNA reveal an exciting fact about the origin of the Avars—they migrated from Mongolia. What is more exciting is that theirs was the fastest long-distance migration in human history at that time, 1,500 years ago.

The absence of written records of the Avars made it very difficult for the researchers to explain their origin. Historical records, combined with goods from graves, suggest that they dominated modern-day Hungary soon after arriving in Europe.

The findings also indicate that the burial mounds of the Avars were really massive and decorated with weapons and silver and gold vessels. They also suggested that the mounds contained horses and riding equipment.

The researchers extracted DNA from the skeletons of men and women from 27 sites in Hungary. A comparison of the samples with ancient DNA data that exist today revealed that the closest match was with DNA collected from graves in Mongolia. The Mongolian graves were from the sixth century.

Choongwon Jeong, a geneticist at Seoul National University and co-author of the study, commented: “Genetically speaking, the elite Avars have a very, very eastern profile.”

The study also revealed some interesting and important facts about the history of migration. The first Avar burials extracted from Hungary were nearly identical with the remains of an individual buried just a few decades ago in eastern Mongolia. This suggested that the Avars reached Europe earliest by covering 7,000 km.

According to the researchers, the tribe could have capitalized on its nomadic lifestyle, the widespread trade network across the vast steppes and the equestrian prowess in spreading across the grassland of Eurasia. “The DNA is so close. It’s got to be within one generation or less,” said Jeong.

The researchers claimed that the genetic findings support the two historical accounts about the origin of the Avars. A sixth century Chinese source mentions another nomadic group known as Rourans. These elusive and excellent horse riders swept out of the Mongolian steppes to attack their northern border. Eventually, the Rourans were defeated by rival nomadic groups.

In modern-day Byzantium (the eastern remains of the Roman empire), the arrival of a new group from the east was reported. The group arrived at the shores of the Caspian Sea and called themselves Avars. Interestingly, these people claimed to be related to the Rourans. Was this a hint at the origins of the Avar?

The new genetic findings seem to answer this question. Walter Pohl, a historian at the University of Vienna, said, “We have a very clear indication that they must have come from the core of the Rouran Empire. They were the neighbors of the Chinese.”

After their arrival on the outskirts of the Roman empire, the Avars eventually established their hegemony in central Europe and more so in Constantinople, which is in present Turkey. The Avars were defeated by Charlemagne during late 700s.

The researchers also tried to find out more about Avar society by comparing their graves from different time periods, as well as different locations and social strata. The Avars were tightly knit at the top of the society. The DNA of elites extracted from their burials in early 700s revealed that their genetic architecture had more east Asian characteristics, which implies that they did not mix with the local Europeans. On the other hand, DNA from graves that were less ornate showed mixing with the locals.

The new findings are more elaborate and encompass many aspects about the Avars not previously known. An important chapter in the history of human migration, this study has been welcomed by experts.