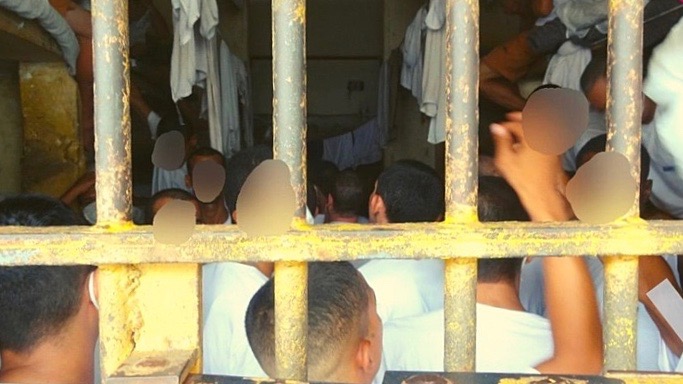 From the beginning of the COVID-19 pandemic until January 2022, at least 15,586 prisoners have been infected with the virus in the state of São Paulo. Of these, 80 have died. In the first year of the pandemic, the State government of João Doria (Brazilian Social Democracy Party, PSDB) decided to make cuts to the budgets allocated for prisoners’ healthcare and hygiene products worth R$ 14 million (USD 3 million) and R$ 31 million (USD 6.5 million), respectively.

During the first five months of 2021 alone, COVID-19 deaths in São Paulo’s prisoner population exceeded the total number of deaths in this group throughout the previous year.

This data has been delineated in the report “Inspections in Prisons during the Covid-19 Pandemic”, released by the São Paulo State Public Defender’s Office on Friday, April 1. According to the document, “these deaths result from a perverse combination of rights violations in prison”.

The report is based on the findings of 62 inspections in São Paulo prisons between 2020 and 2022. After the inspections, the Public Defender’s Office came to the conclusion that inside the prison system, there is “chaos and barbarism”.

Unhealthy living conditions, overcrowding, pests, lack of medical care and the decision of the State government not to make vaccination of the prison population a priority, all find themselves on the list of problems included in the report, which notes that “it is impossible to be healthy in this environment”.

“Intentional omissions in public health measures for prisoners which were made during the Covid-19 pandemic have resulted in this tragedy foretold,” says the report.

“Some prison units even witnessed two thirds of their population getting infected with Covid-19,” said public defender Marina Duarte.

“We are talking about a very large population, which has faced serious structural problems in prison units since before Covid-19, and that made the pandemic scenario even worse,” explains Duarte.

Of the 201,000 people incarcerated in São Paulo’s 179 prisons – mostly black, young and with incomplete primary school education – most are crammed into cells: 81.48% of the prisons are overcrowded. When it comes to the places available in São Paulo’s prison system, 140% are occupied.

The Public Defender Office’s inspections found up to 43 people sharing the space originally envisaged for a maximum of 12. In 74% of prisons, there is even no distribution of “mattresses,” a term which in this context refers to uncoated foam sheets.

In the Provisional Detention Center (CDP) of Limeira, a cell in the unit intended for “quarantine” caught the attention of the inspectors. The unit is used as the place where new arrivals are isolated for 15 days, but it doesn’t get any sunlight. The small cell had neither a bathroom nor air circulation.

Against the recommendation of the National Council of Justice

COVID-19 was still to fully unfold in Brazil when, in March 2020, the National Council of Justice (CNJ) issued a recommendation (No. 62/2020) for releasing prisoners as a measure to minimize the impacts of the pandemic.

It was not a suggestion unique to Brazil. Emergency releases of prisoners took place around the world. In Iran, about 120,000 people were discharged and in Turkey, 102,000 were released.

In Brazil, however, the CNJ recommendation was not properly implemented. According to the Public Defender’s Office, 27,5000 applications were submitted for the release of prisoners during COVID-19 between March and September 2020 in São Paulo alone. Of these, only 5.5% were granted.

Unable to be released on the grounds of “emergency freedom” or on house arrest, most of the people arrested in São Paulo were ignored during the immunization campaign in spite of being listed as a priority population in the National Immunization Plan.

Immunization was launched on January 17, 2021 with nurse Monica Calazans being the first to receive the vaccine. The first dose of the vaccine reached the prison population months later, in August.

In addition to that, the Public Defender’s Office report points out that “none of the inspected units has a complete essential health team.” In the midst of the greatest health crisis of the century, 48% of the prisons examined had no doctors at the time of the inspection.

Among them were the Pinheiros II and Vila Independência CDPs, where respectively 1,042 and 1,227 people currently live.

In 22% of the inspected units, there were no dentists; in 55%, there were no psychologists; and in 37%, there were no social workers. According to the Public Defender, at least 1,395 prisoners in the state suffer serious health problems and have no access to medical assistance.

When visited by the inspectors, the Women’s Penitentiary of the Capital had 606 prisoners, including three pregnant women and 22 nursing mothers. There were 22 children up to six months old residing in the prison. However, the unit did not have any pediatrician, gynecologist or obstetrician.

“The inhumanity of the prisons is also illustrated by the situation in the Suzano CDP, where three cells in the living area had broken toilets, forcing inmates to perform their physiological needs in the shower drain,” the report describes.

“A large part of the inspected units was infested by insects and other ‘pests’, especially bedbugs, which live in warm, humid and dark environments, feed on blood and usually hide in mattresses,” the document states.

Luciana Silva*, family member of one of the prisoners, said to Brasil de Fato that “the Itaí prison is full of ticks.” “We don’t know what to do about it anymore. The ticks are eating people, it is inhumane,” she said.

“I asked my husband to catch and keep the ticks, and I brought them with me outside the prison, look at the situation,” she said, forwarding a photo of the arachnids.

Water rationing was confirmed in 70% of the inspected prisons. In 21% of them, water supply was guaranteed less than once a day.

“Periodic water cuts were confirmed by the Penitentiary Administration Secretariat (SAP) in response to our letters,” states the report, “even though they do not use the term water rationing, but euphemisms such as ‘rational use of water’ and ‘control in the distribution of the resource.'”

With the exception of the Women’s Penitentiary of the Capital, no prison unit in São Paulo guaranteed access to a hot-water bath for all prisoners.

“The first step to change the current situation is to recognize that mass incarceration of the poor and vulnerable is an unsustainable political option for the State of São Paulo, including from a budgetary point of view,” says the Public Defender’s Office report.

Brasil de Fato asked São Paulo’s SAP for a comment on the reported violations of prisoners’ rights. The SAP denied the report’s results, saying that there are hot showers “in 100% of prisons”, that “prisoners have guaranteed health care” and that the units “are constantly fumigated and cleaned”.

The SAP also stated that there was a budgetary increase of R$ 204 million (USD 43 million) in comparison to the previous year, but did not specify for what the funds were used.

According to the Penitentiary Administration, there is also no water rationing: “All prisons follow the guidance of the World Health Organization, which sets the minimum per capita consumption of water per person per day at 100 liters.”

“Since the inauguration of this administration,” SAP reported, “eight new prisons have been opened, increasing by 6,600 the places available in the prison system. Five new prisons are under construction in order to create another 4,100 new places.”

Opposing the expansion of the prison system advocated by the SAP, the Public Defender’s Office report argues that it is “necessary to rationalize the system and, above all, to start treating prisoners as human beings.”