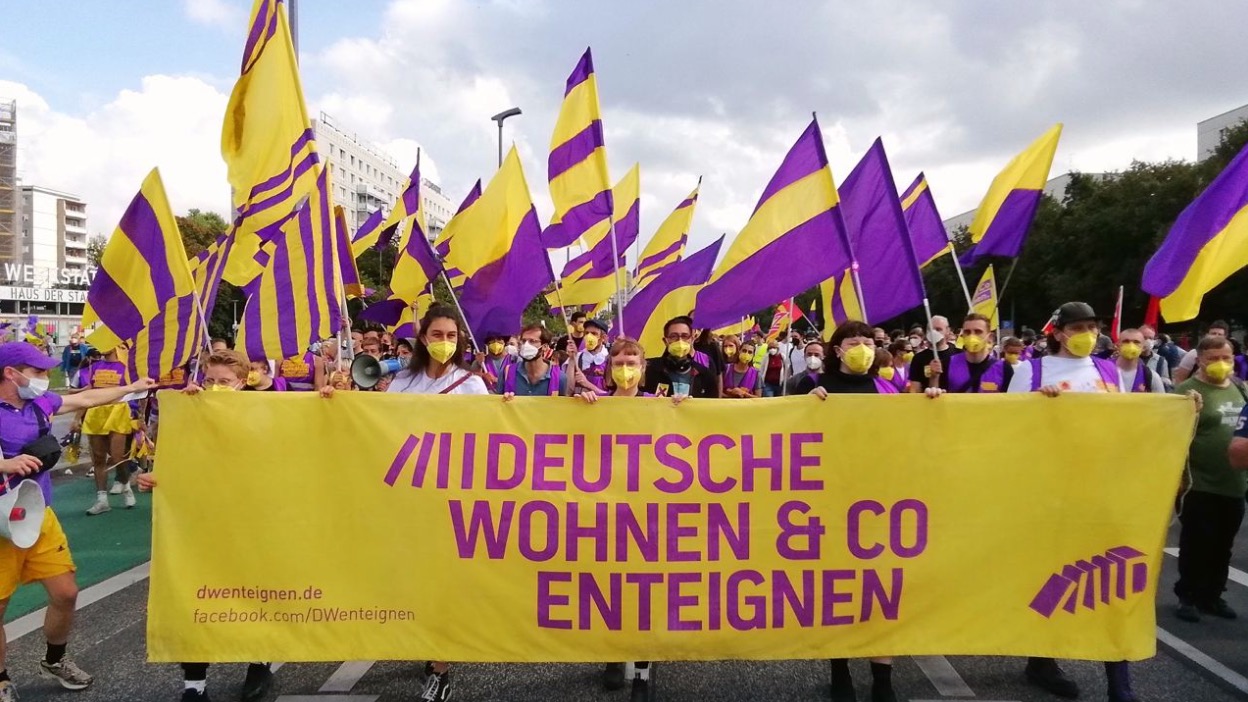 A protest by members of the Deutsche Wohnen & Co Enteignen campaign to demand the implementation of the results of the Berlin referendum. (Photo: DWE)

A three-day conference organized by the housing rights group Deutsche Wohnen & Co Enteignen (DWE) or Expropriate Deutsche Wohnen und Co. in Berlin has demanded that the Berlin State government immediately socialize large real estates in the city. The conference held from May 27 to 29 at the Technical University of Berlin discussed tactics for building major housing rights coalitions across the country to tackle the worsening housing crisis. The expropriation initiative also criticized maneuvers by the ruling Social Democratic Party (SPD) to place technical and legal hurdles in delivering the mandate of the Berlin referendum held in September 2021 for expropriating the property of big landlords.

Berliners and residents of other German cities are facing an acute housing crisis. Tenant rights’ groups have been campaigning to regulate rents and control the burgeoning real estate mafia. Taking note of such demands, the State government in Berlin led by the Social Democrat-Die Linke-Green coalition (Red-Red-Green alliance) adopted a bill on January 30, 2020, calling for freezing house rents in the city at current rates till 2025.  However, on April 15 this year, Germany’s Constitutional Court scrapped the law saying that the Berlin State government could not impose its own law in the German capital while the federal government in the country has its regulations to control rents. The judgment was favorable to housing and realtor associations and their backers in the Christian Democratic Union of Germany (CDU) and Free Democratic Party (FDP). This judgment by the Constitutional Court outraged tenant rights groups who organized massive protests in Berlin.

DWE is an initiative active since 2018 in Germany which has been campaigning for expropriating properties of large real estate companies such as Deutsche Wohnen, and using ther infrastructure to tackle the soaring housing crisis in Berlin and other German cities. Following three years of a signature campaigns by the DWE, a referendum took place in Berlin on September 26, 2021, alongside the state and federal election, in which the proposal to expropriate the property of private real-estate companies with 3,000 or more units in the city through public purchases by the Berlin State government – covering 243,000 rental apartments owned by Deutsche Wohnen, Vonovia and other 10 large real-estate companies – was approved by 57.6% of the voters, while 39.8% voted against.

Even though the outcome of the referendum is non-binding on the State, the coalition government in Berlin State led by the SPD-Greens-Die Linke (The Left) has set up a commission to hold consultations to facilitate the implementation of the referendum. The commission is entrusted with the task of creating a framework for a legally secure socialization law as the basis for an ecological, affordable and participatory city for tenants. Members from housing rights groups including DWE are also part of the commission. Recently, DWE stated that the SPD leadership in the city has been pushing petty and formalistic debates and confusions within the commission, thereby diverting from the actual mission of the commission.

On Sunday, in the closing statement of the three-day conference in Berlin, the 800 participants asserted that “the first goal of all housing policy must be public and public-economic forms of ownership. This is a principle we call “society.” This includes the expropriation of large housing corporations – but also political regulations that limit profits to housing.”

In a conversation with Junge Welt, DWE spokesperson Kalle Kunkel said, “We see an aggressive faction of people trying to  grind down the few ways to limit rents. In addition, there is a federal government that on the one hand makes unrealistic promises of new construction, and on the other hand talks without obligation about wanting to examine existing instruments of rent regulation.”

Regarding DWE’s participation in the commission, Kunkel said, “Procedural issues within the commission are difficult to politicize. However, they are crucial: they determine what the playing field on which a decision is made looks like. That is why we need a critical examination of the actions of the SPD. We expect more support from the Greens and the Left Party in the future.”

“The criticism of their work only exists because we know what is happening there. It may be that at a certain point we come to the conclusion that we have to withdraw from the work of the Commission. The question, however, is what should happen afterwards or what would become better as a result. It seems to me that it makes more sense to participate and seek confrontation,” Kunkel added. 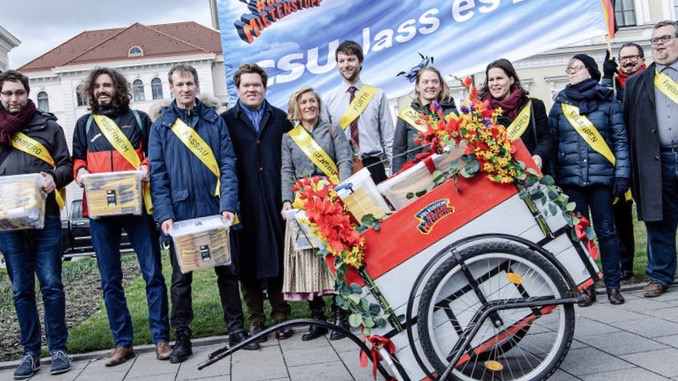