In July, the world celebrated 200 years of Gregor Mendel’s birth, widely accepted as the father of genetics for his discovery of the laws of inheritance. His experiments with peas, published in 1866 as Experiments in Plant Hybridisation, identified dominant and recessive traits and how recessive traits would reappear in future generations and in what proportion. It was to lie unacknowledged and ignored till three other biologists replicated his work in 1900.

While Mendel’s work is central to modern genetics, and his use of experimental methods and observation is a model for science, it also set off the dark side with which genetics has been inextricably linked: eugenics and racism. But eugenics was much more than race “science.” It was also used to argue the superiority of the elite, dominant races, and in India, a “scientific” justification for the caste system as well.

For those who believe that eugenics was a temporary aberration in science and it died with Nazi Germany, it would be a shock to find that even the major institutions and journals who identified it in their names have continued by just changing their names. The Annals of Eugenics became Annals of Human Genetics; the Eugenics Review changed its name to The Journal of Biosocial Science, Eugenics Quarterly to Social Biology and the institution that published Annals of Eugenics renamed itself from Eugenic Society to Galton Institute. A number of departments in major universities, which were earlier called the Department of Eugenics, became the Department of Human Genetics or Social Biology.

All of them have apparently shed their eugenic past, but the reoccurrence of the race and IQ debate, sociobiology, the white replacement theory and the rise of white nationalism are all markers that eugenic theories are all very much alive. In India, the race theory is replicated in Aryans being “superior” and fair as a marker of Aryan ancestry.

While Hitler’s gas chambers and Nazi Germany’s genocide of Jews and Roma have made it difficult to talk about the racial superiority of certain races, scientific racism persists within science. It is a part of the justification that the elite seek, justifying their superior position to their genes, not that they inherited or stole this wealth. It is a way to airbrush the history of the loot, slavery, and genocide that accompanied the colonization of the world by a handful of countries in western Europe.

Why is it that when we talk about genetics and history, the only story that is repeated is that about Lysenko and how the Soviet Communist Party placed ideology above science? Why is it that the mention of eugenics in popular literature is only with respect to Nazi Germany and not that Germany’s eugenic laws were taken directly from the US? Or how eugenics in Germany and the US were deeply intertwined? How did Mendel’s legacy of genetics become a tool in the hands of racist states that included the US and Great Britain? Why is it that genetics is used repeatedly to support theories of superiority of the white races?

Mendel showed that there were traits that were inherited, and therefore we had genes that carried certain markers that could be measured, such as the color of the flower and the height of the plant. Biology then had no idea of how many genes we had, which traits were inherited, how genetically mixed the human population is, etc. Mendel himself had no idea about genes as carriers of inheritance.

From genetics to society was a huge leap not supported by any empirical scientific evidence. All attempts to show the superiority of certain races started with a priori assuming that certain races are superior and then trying to find what evidence to choose that would support this thesis. Much of the IQ debate and sociobiology came from this approach to science. A Bob Herbert reviewing the infamous tract The Bell Curve wrote that the authors Charles Murray and Richard Herrnstein had written a piece of “racial pornography”, “…to drape the cloak of respectability over the obscene and long-discredited views of the world’s most rabid racists”.

A little bit of the history of science is important here. Eugenics was very much mainstream in the early twentieth century and had the support of major parties and political figures in the UK and the US. Not surprisingly, Winston Churchill was a noted supporter of race science, though eugenics had some supporters among progressives as well.

The founder of eugenics in Great Britain was Francis Galton, who was a first cousin of Charles Darwin. Galton pioneered statistical methods like regression and normal distribution, as did his close collaborators and successors in the Eugenics Society, Karl Pearson, and R A Fisher. On the connection between race and science, Aubrey Clayton, in an essay in Nautilus, writes, “What we now understand as statistics comes largely from the work of Galton, Pearson, and Fisher, whose names appear in bread-and-butter terms like “Pearson correlation coefficient” and “Fisher information.” In particular, the beleaguered concept of “statistical significance,” for decades the measure of whether empirical research is publication-worthy, can be traced directly to the trio.”

It was Galton who, based supposedly on scientific evidence, argued for the superiority of the British over Africans and other natives, and that superior races should replace inferior races. Pearson gave his justification for genocide, “History shows me one way, and one way only, in which a high state of civilisation has been produced, namely the struggle of race with race, and the survival of the physically and mentally fitter race.”

In the US, eugenics was centered on Cold Spring Harbor’s Eugenics Record Office. While Cold Spring Laboratory and its research publications still hold an important place in contemporary life sciences, its original significance came from the Eugenics Record Office, which operated as the intellectual center of eugenics and race science. It was supported by philanthropic money from the Rockefeller family, Carnegie Institution and others. Charles Davenport and his associate Harry Laughlin became the key figures in passing a set of state laws in the US that led to the forced sterilization of the “unfit” population. They also actively contributed to the 1924 Immigration Restriction Act that set quotas for races. The Nordic races had priority, while East Europeans (Slavic races), Chinese, Africans, Indians, and Jews were virtually barred from entering the country.

The sterilization laws in the US were State laws. Justice Wendell Holmes, the doyen of liberal jurisprudence in the US, gave his infamous judgement on justifying sterilization, “Three generations of imbeciles are enough.” Carrie Buck and her daughter were not imbeciles; they paid for their “sins” of being black and poor. Again, Eugenics Research Office and Laughlin played an important role in providing “scientific evidence” for the sterilization of the “unfit”.

While Nazi Germany’s race laws are widely condemned as the basis for Hitler’s gas chambers, Hitler himself stated that his inspiration for Germany’s race laws was the US laws on sterilization and immigration. The close links between the US eugenicists and Nazi Germany are widely known and recorded (Edwin Black: Hitler’s Debt to America, February 6, 2004). The University of Heidelberg gave Laughlin an honorary degree for his work in the “science of racial cleansing.”

With the fall of Nazi Germany, eugenics became discredited. The response was to rename the institutions, departments, and journals with other names but continue the same work. Human genetics and social biology became the new names. The Bell Curve in the 90s justifying racism and a recent best-seller by Nicholas Wade, a former science correspondent of the New York Times, all trot out theories that have long been scientifically discarded. Fifty years back, Richard Lewontin had shown that only about 6-7% of human genetic variation exists between so-called racial groups; the rest, 93-94%, are within these groups. At that time, genetics was still in its childhood. Later data has only strengthened Lewontin’s research.

Why is it that genetics and race, even class and caste pop up again and again when we discuss social issues? Why is sociobiology, with its roots very similar to eugenics, still maintain a degree of respectability? Why is it that those criticizing Soviet science and its sin of Lysenko 80 years back are still held out as a rejection of science? While eugenics and “race science” continue to masquerade as science?

The answer is simple. Attacking Soviet science as an example of ideology trumping science is easy. It makes Lysenko the norm for Soviet science even though Soviet science did correct its one mistake. Genetics as framed by race science in the US, the UK and Germany, had also its followers in Soviet Union. Lysenko used such divisions to advance his career and this did damage Soviet science. But why is the history of eugenics, with its destructive past, and its continuing presence in Europe and US overlooked? Even though it has persisted for more than 100 years? And continues under the modern garb of an IQ debate or sociobiology?

The reason is that it allows racism a place within science: changing the name from eugenics to sociobiology makes it appear respectable science. The power of ideology is not in its ideas but in the structure of our society, where the rich and the powerful need justification for their position. That is why race science as an ideology is a natural corollary of capitalism and G7, the club of the rich countries who want to “create a rule-based international order.” Race science as sociobiology is a more genteel justification than eugenics for the rule of capital at home and ex-colonial and settler-colonial states. The fight for science in genetics has to be fought both within and outside science. The two are closely connected. 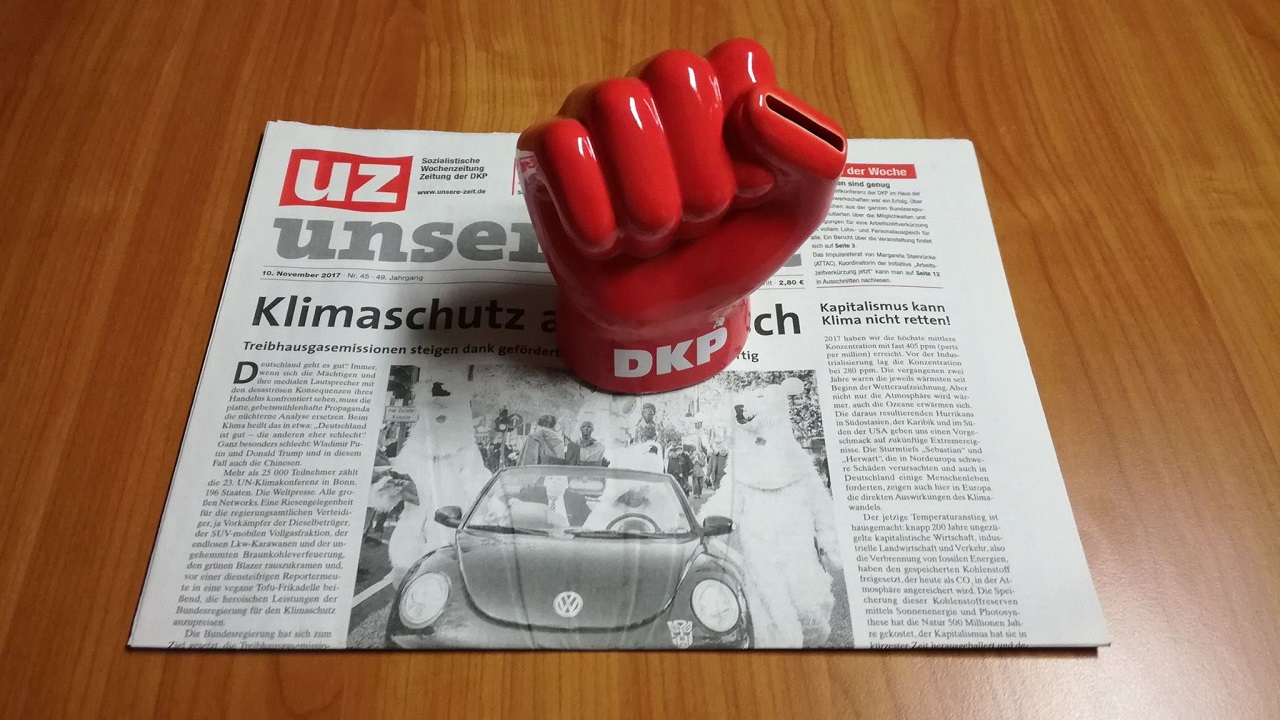