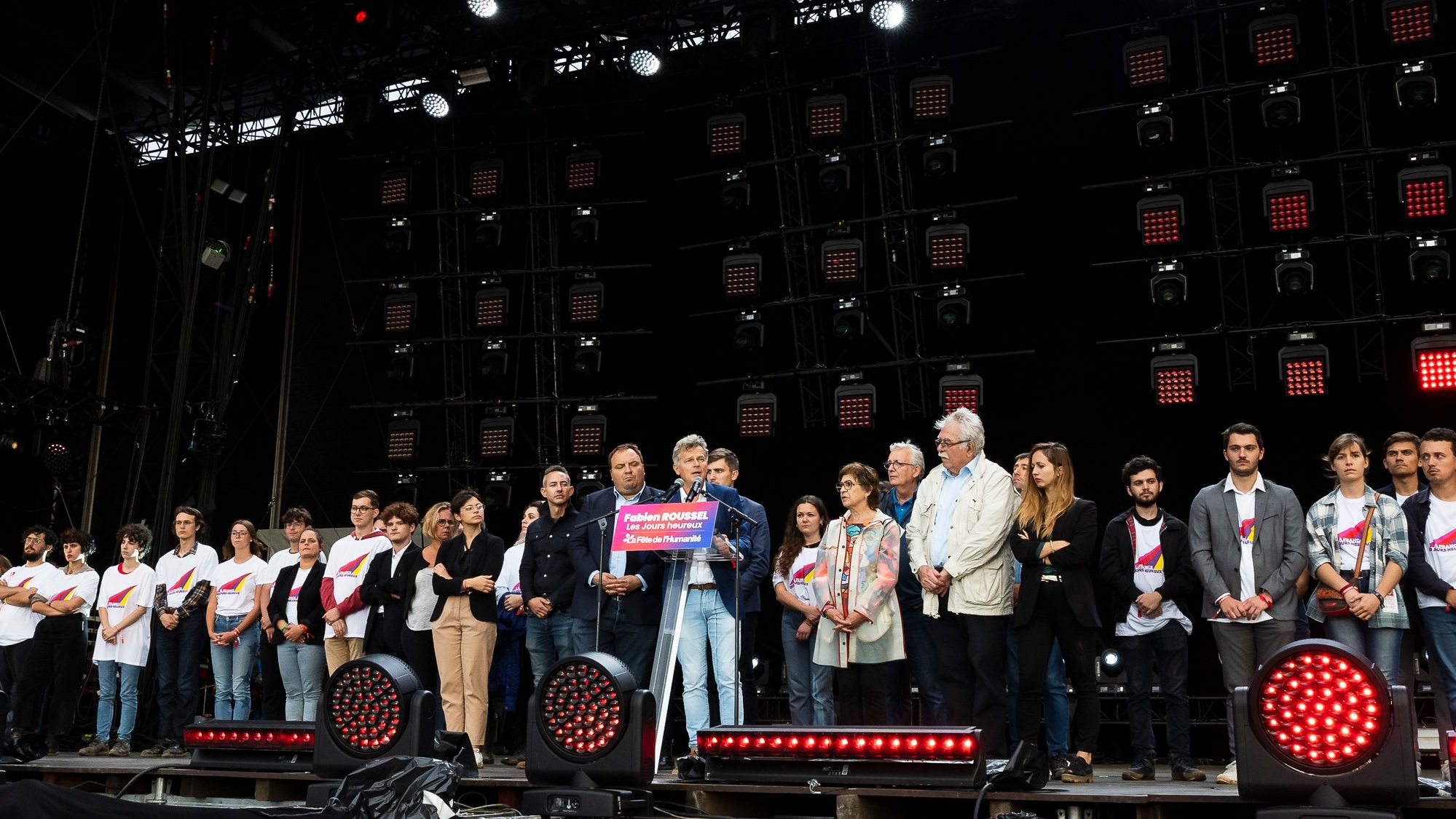 The 87th edition of the Fête de l’Humanité, organized by the French communist newspaper L’Humanité (sometimes stylized l’Humanité), was held  in the department of Essonne from September 11-13. Major political discussions, concerts, cultural events, and other festivities were a part of the event which was attended by over 400,000 people.

Fête de l’Humanité has declared solidarity and the search for diplomatic solutions as some of the central themes of its 2022 celebration. During the event, discussions were held on various subjects, including left politics in France, the policies of Emmanuel Macron, the rise of the far-right, environmental issues, the cost of living crisis, solidarity with Palestine, workers’ rights, sports, privatization, imperialism, health care, and abortion rights.

Delegates from progressive political parties from across both Europe and the 13 French-administered territories outside Europe participated in the celebration. Concerts and performances by around 45 artists were also organized for attendees.

Fête de l’Humanite—founded in 1930—continues to be among the most popular annual events in the country, providing a space for all those involved in the struggle for a new economic system.

“The affirmation of peace is the greatest of the struggles. One hundred and eight years after the assassination of the founder of our newspaper, Jean Jaurès, and the outbreak of the First World War, the assertion remains relevant,” a statement from the organizers noted.

While addressing the event on September 9, PCF leader Fabien Rousell called on French communists to defend workers and wages, and to defeat the far-right.