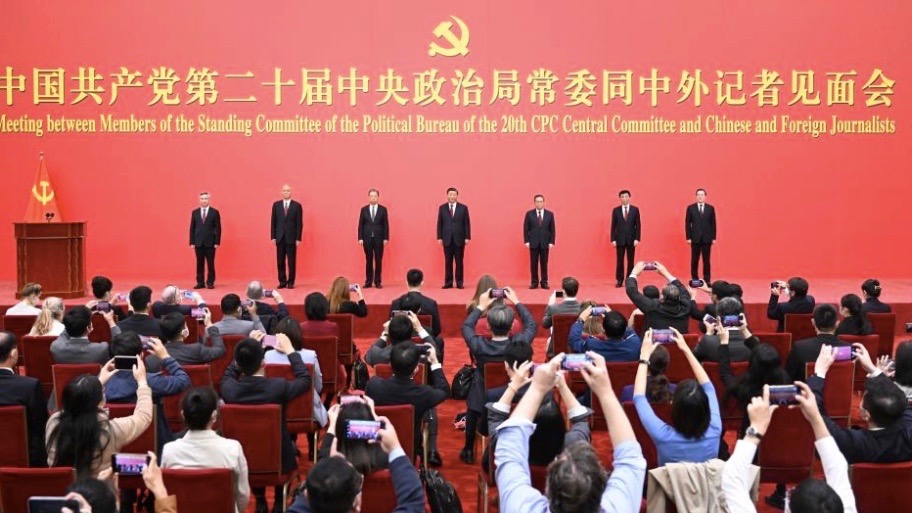 The Central Committee also elected members and heads of other different party organs including the Central Secretariat in Sunday’s meeting.

The meeting came on the heels of the week-long 20th Congress of the CPC. The Congress elected 205 members to a new Central Committee, along with its 168 alternate members, to lead the party for the next five years.

The Congress also elected Xi Jingping as the general secretary of the CPC for a record third term. On Sunday, Xi was also elected to head the CPC Central Military Commission.

During his speech at the conclusion of the Central Committee meeting on Sunday, Xi thanked the party cadres as well as the common Chinese people for the achievement of the party’s first centenary goal of building a moderately prosperous society in China. He reiterated that China has taken a great leap in abolishing absolute poverty and creating moderate prosperity for its 1.4 billion people in the last 10 years. He also talked about the doubling of the Chinese GDP to a USD 16 trillion economy in the last 10 years and today stands at 18.5% of the world’s total GDP.

He further praised the country’s achievements in the health and education sectors, noting that China has made tremendous advances in science and technology. He also praised the gains made against corruption in the country.

Xi underlined that the party will now work hard to achieve its second centenary goal which includes building a socialist society with a Chinese path to modernization. He stated that socialist modernization would be the focus from 2020 to 2035 to build China into a “great modern socialist country that is prosperous, strong, democratic, culturally advanced, harmonious, and beautiful from 2035 through the middle of this century.”

Xi also talked about the challenges and uncertainties emanating from the global political scenario and asked the Chinese to be vigilant and sober like a “student sitting for a never ending exam.”

Hinting at the significance of climate change as mentioned in the report presented at the inauguration of the 20th Congress, Xi said that modernization and common prosperity would be based on harmony between human beings and nature as a major goal of the party.

“We will be steadfast in deepening reform and opening up across the board, and in pursuing high quality development. A prosperous China will create many more opportunities for the world,” said Xi.