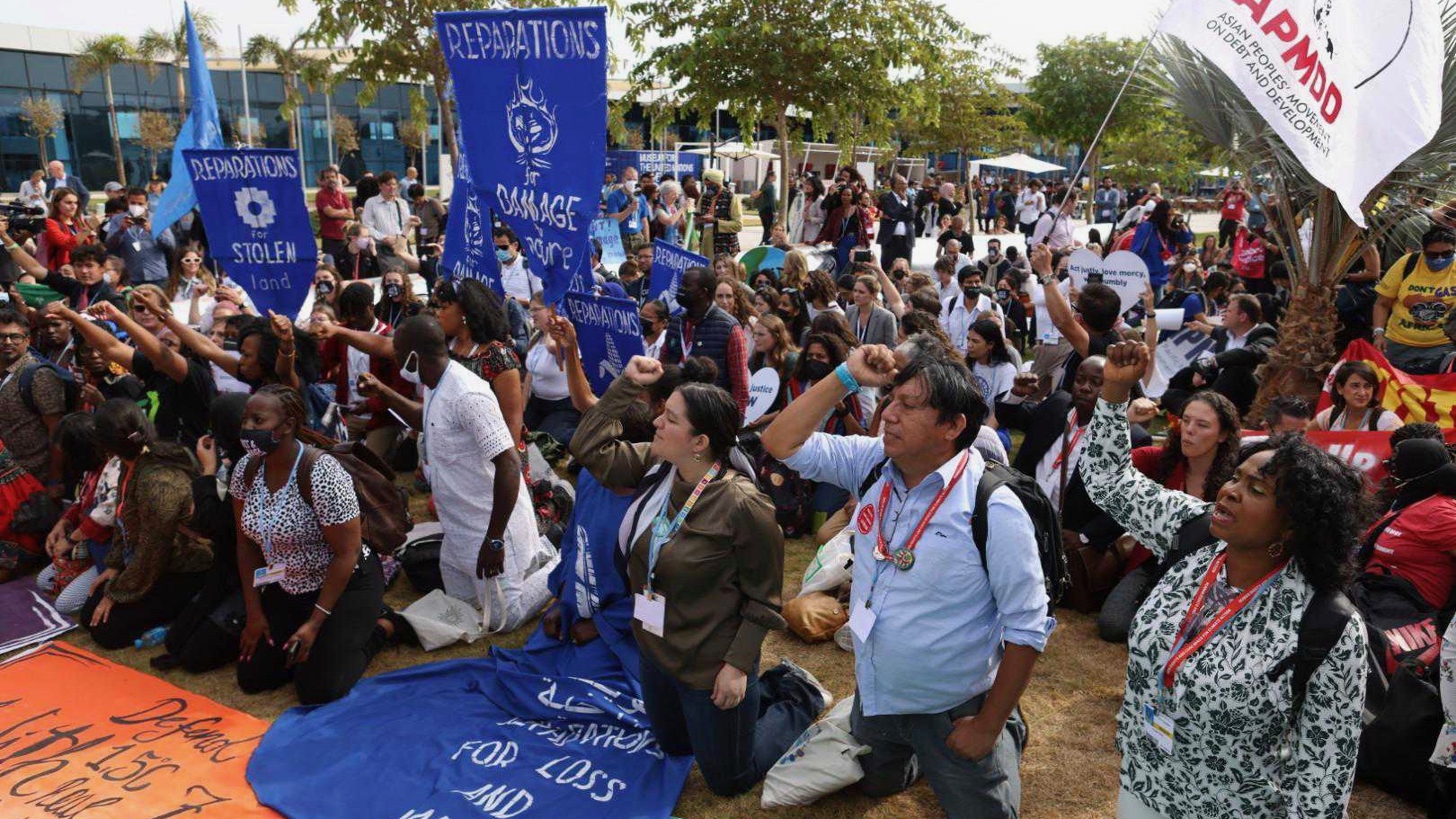 Following two weeks of negotiations built on over three decades of struggle, COP27 finally yielded a Loss and Damage fund on November 20. The Sharm el-Sheikh Implementation Plan was gavelled in the early hours of Sunday, two days after the summit was scheduled to end, as negotiations ran into overtime on key standing issues.

Pakistan served as chair of the G77 and China bloc, which represents 134 countries, and played an instrumental role in getting Loss and Damage on the agenda. Global South countries, with the support of activists and civil society organizations, were adamant that a dedicated Loss and Damage finance facility be established at COP27 itself, something that the US and the European Union (EU) resisted for nearly the entire summit.

Rich countries of the global North have tended to push for a “mosaic” of strategies including funding from institutions such as the World Bank and insurance-based funding, despite evidence that it does not serve the needs of vulnerable populations.

For instance, the G7 announced the Global Shield Against Climate Risk with V20 group of vulnerable countries at COP27, an insurance-based and social protection financing initiative outside the purview of the UNFCCC. Many had voiced concerns that the initiative would draw focus away from Loss and Damage. An estimated 70% of the climate financing pledges went towards the Global Shield.

Meanwhile, though the EU did finally concede to setting up a Loss and Damage fund, it was on two conditions – a) the fund should be geared towards the most vulnerable countries (a reference to Small Island Developing States and Least Developed Countries), and more importantly, b) if it had a “broad donor base.”

Despite their outsized role in precipitating the climate crisis, rich countries including those in the EU have routinely called for “broadening” of the funding base to include countries still classified as ‘developing’ by the UN, including China and India.

The text finalized in the early hours of November 20 decides to “establish new funding arrangements for assisting developing countries that are particularly vulnerable to the adverse effects of climate change… with a focus on addressing loss and damage by providing and assisting in mobilizing new and additional resources.” It also decided to “establish a fund for responding to loss and damage.”

It adds that new funding arrangements “complement and include sources, funds, processes, and initiatives under and outside the Convention [UNFCCC] and the Paris Agreement.”

A 24-member Transitional Committee will be set up to establish the modalities to operationalize these new funding arrangements and the fund, to be considered at COP28. The Committee’s role also includes “defining the elements of the new funding arrangements” and “identifying and expanding new sources of funding.” The body will determine key issues including the definition of “vulnerable,” identify how much money must be provided, where must it come from and who all must contribute.

Today we crossed a major hurdle in saving our islands.

After the tireless effort by our team of hardworking and devoted negotiators and supportive partners, we are pleased to say we now have a #LossandDamageFund

Meanwhile, negotiators also agreed to operationalize the Santiago Network, including an agreement to establish an advisory board, to provide technical assistance to countries for “averting, minimizing, and addressing” loss and damage, a key demand at this year’s COP.

Talks also continued on the “New Collective Quantified Goal” (NCQG) which is to be set by 2024 and will replace the current, inadequate, and consistently incomplete $100 billion per year climate finance pledge for developing countries.

Despite a push to include Loss and Damage as a distinct part of the NCQG alongside adaptation and mitigation, countries including the US rejected the decision. Its inclusion would have ensured that financing was aligned with the UNFCCC’s principles of equity, historic responsibilities, and common but differentiated responsibilities (CBDR).

Talks were also held around the Adaptation Fund that was set up under the Kyoto Protocol, with developing countries highlighting a “systematic failure” in resource mobilization. Ahead of COP27, the UN Environment Program had warned that adaptation finance for developing countries was five to 10 times less than what was needed.

Meanwhile, countries agreed to establish a framework for the Global Goal on Adaptation, a two-year process set to be concluded at COP28.

Under the pact at Glasgow, developed countries had also agreed to double adaptation finance from 2019 levels in 2025. While an earlier draft included a reference to “a roadmap for doubling adaptation,” it was ultimately replaced by a request to the “Standing Committee on Finance to prepare a report on the doubling of adaptation finance” for consideration at COP28.

A Mitigation Work Program was launched at COP27 to “urgently scale up mitigation ambition and implementation.” However, Carbon Brief reported that its scope was loose and no targets would be set.

“We have been given the impression that it is unfashionable to talk about equity and CBDR in every negotiating room.” #Bolivia on behalf of the Like-Minded Developing Countries (LMDC) group at the Closing Plenary of #COP27. pic.twitter.com/tK8kGf900s

While the Loss and Damage fund has received a cautious welcome, there has been major anger over the failure of COP27 to achieve strong commitments to emission cuts despite increasingly dire warnings.

The cover text “recognizes that limiting global warming to 1.5°C requires rapid, deep, and sustained reductions in global greenhouse gas emissions of 43% by 2030 relative to the 2019 level.”

In a rather dramatic development, countries including the US and the EU threatened to “walk away” from the loss and damage negotiations on November 19, ostensibly over disagreements surrounding the 1.5°C target which lies at the core of the Paris Agreement. “We do not want 1.5° Celsius to die here.” declared the EU’s climate envoy Frans Timmermans, even as the bloc’s own members are firing up coal plants and trying to secure gas supplies.

The Egyptian presidency was accused of “working on behalf of a coalition of developing countries that included China and Saudi Arabia.”

“This is a classic redirection of blame that serves the interest of the countries that are the largest historical emitters,” noted Brandon Wu, director of policy and campaigns at ActionAid USA, who warned that the 1.5°C threshold was being ‘hijacked and weaponized’ by rich countries. “It is a manufactured scandal that distracts from the real one: the consistent failure of wealthy countries to reduce their own emissions and provide finance for developing countries for mitigation, adaptation, and now ‘loss and damage’.”

In light of such historical and persisting disparities, statements that call on all Parties to increase their efforts towards the 1.5°C goal, Wu added, “erase history… in favor of putting all countries at the same starting point regardless of their historical emissions or their current levels of development.”

“Scolding on mitigation process by EU smacks of duplicity,” stated Navroz Dubash, a professor at the Centre for Policy Research in India, “Post Sharm el-Sheikh we face a serious reckoning on 1.5 – not nearly enough cuts in the [global] North; not enough climate finance to accelerate transition; and (appropriate) unwillingness to compress energy demand in the South means no path to 1.5. Something has to go give and it may be 1.5.”

The cover text calls on parties to “accelerate efforts towards the phase down of unabated coal power and phase-out of inefficient fossil fuel subsidies,” – not much of a departure from COP26.

Instead of a narrow focus on coal, India had called for a broader agreement to phase down all fossil fuels, an idea endorsed by over 80 countries. However, it did not make it into the final text.

The solutions offered by the text include “cooperative actions” including just energy partnerships, and the use of renewable and ‘low emission’ energy – understood to be a possible reference to gas. Natural gas, or methane, has been boosted as an alternative to coal on the assumption that it has a lower greenhouse impact. However, science activist and Newsclick editor-in-chief Prabir Purkayastha has highlighted that methane is a far more potent greenhouse gas: “Its effects are 30 times higher over 100 years than an equivalent amount of carbon dioxide.”

Not only that, leakages of methane from natural gas facilities are potentially up to six times higher than what has been disclosed by developed countries.

Read: Real challenge at COP27 is private greed versus devastation of all

While lamenting the lack of progress on fossil fuels at COP27, countries such as the US have also continued to push for fossil fuel expansion, while pushing Global South countries to undertake a “just transition” on terms that are disastrous for poor and working class communities.

The US has topped the list of countries who approved the most oil and gas expansion plans in 2022.

In its opening paragraphs, the Implementation Plan stresses that “the increasingly complex and challenging global geopolitical situation…as well as the additional challenges associated with the socioeconomic recovery from the coronavirus pandemic, should not be used as a pretext for backtracking, backsliding, or de-prioritizing climate action.”

COP27 called on multilateral development banks and international financial institutions to “reform” their practices and priorities, “align and scale up funding, and ensure simplified access and mobilize climate finance from various sources.”

It called on them to deploy a “full suite of instruments from grants, to guarantees and non-debt instruments, taking into account debt burdens, and to address risk appetite, with a view to substantially increasing climate finance.”

These portions must be read together, “backtracking” or “de-prioritization” of climate action must be understood in the context of the growing debt crisis across the global South. Speaking at COP27, the head of the UN Development Program, Achim Steiner, warned that 54 poorest countries were on the verge of bankruptcy and that dealing with the debt crisis had become a “precondition for actually accelerating climate action.”

“[W]hen a Caribbean island has a third of its GDP wiped out in 12 hours through a hurricane, there’s nobody to turn to…That is where the injustice of climate change becomes so egregious in the view of many developing countries. Not having even remotely a principal causal factor, they are now paying an extraordinary price through the damage they suffer,” Steiner said.

Not only does debt inhibit the ability of countries to respond to the climate crisis, but the severity of climate events in the absence of any meaningful financing pushes countries further into debt.

Pakistan was due to pay $12.5 billion in debt payments in 2022 alone. Then the floods hit, causing $40 billion in damage. Meanwhile, in the aftermath of the deadly floods in 2010, the country had reportedly already been forced to take on an additional debt of up to $40 billion, costing the Pakistani people up to $71 billion in debt and interest payments over the next decade.

Now the World Bank has estimated that the country will need $384 billion between 2023 and 2030 to address climate and development-related issues. Additionally, African countries could be forced to take on $1 trillion in debt within the next 10 years due to the climate crisis.

These figures are staggering, and existing financing commitments do not even scratch the surface. A commitment to “prioritizing” climate action must begin with a complete cancellation of the unjust debts imposed on the global South and meaningful transfer of resources and funding instead of market-based false solutions that only benefit the private sector. 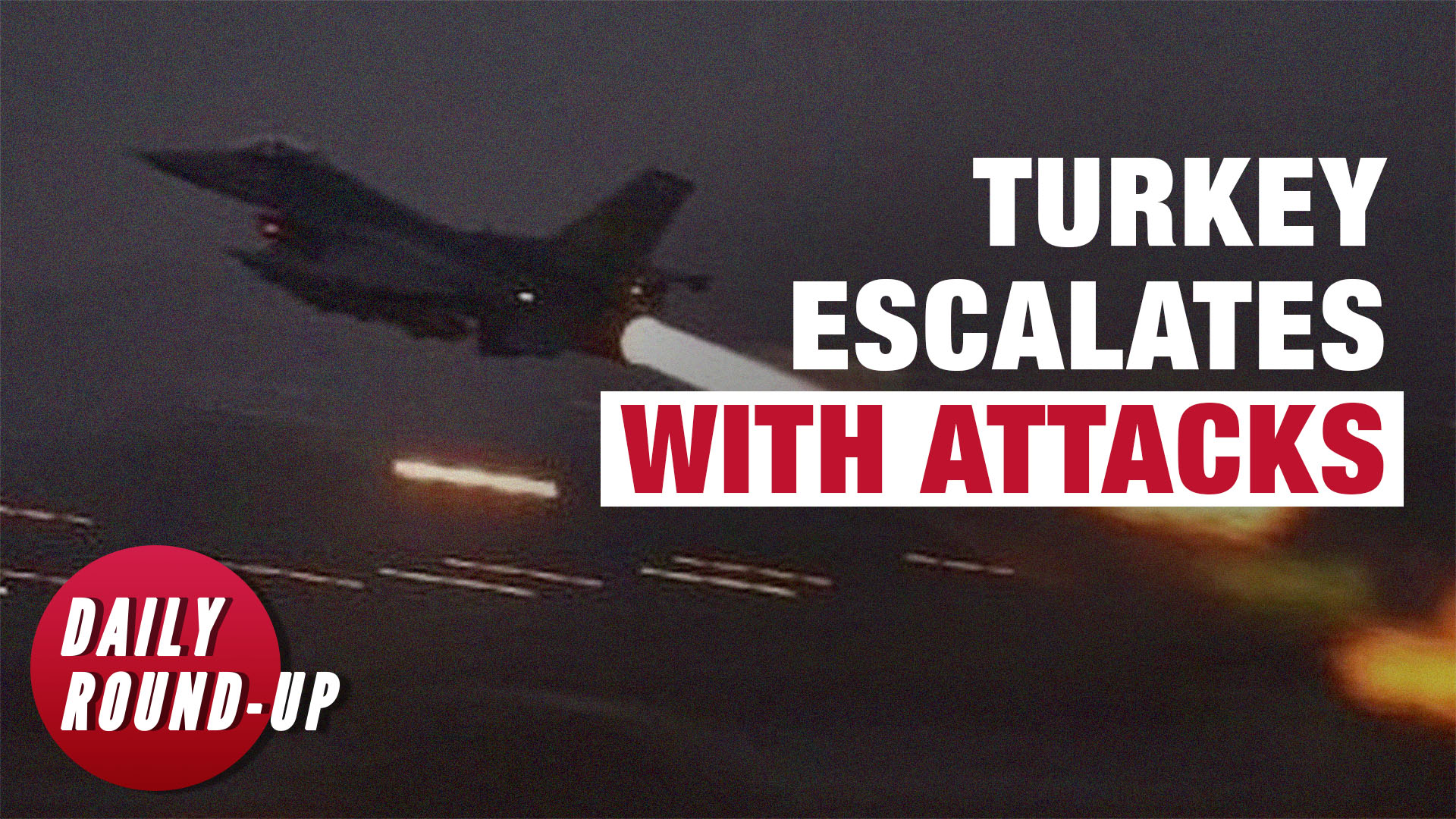