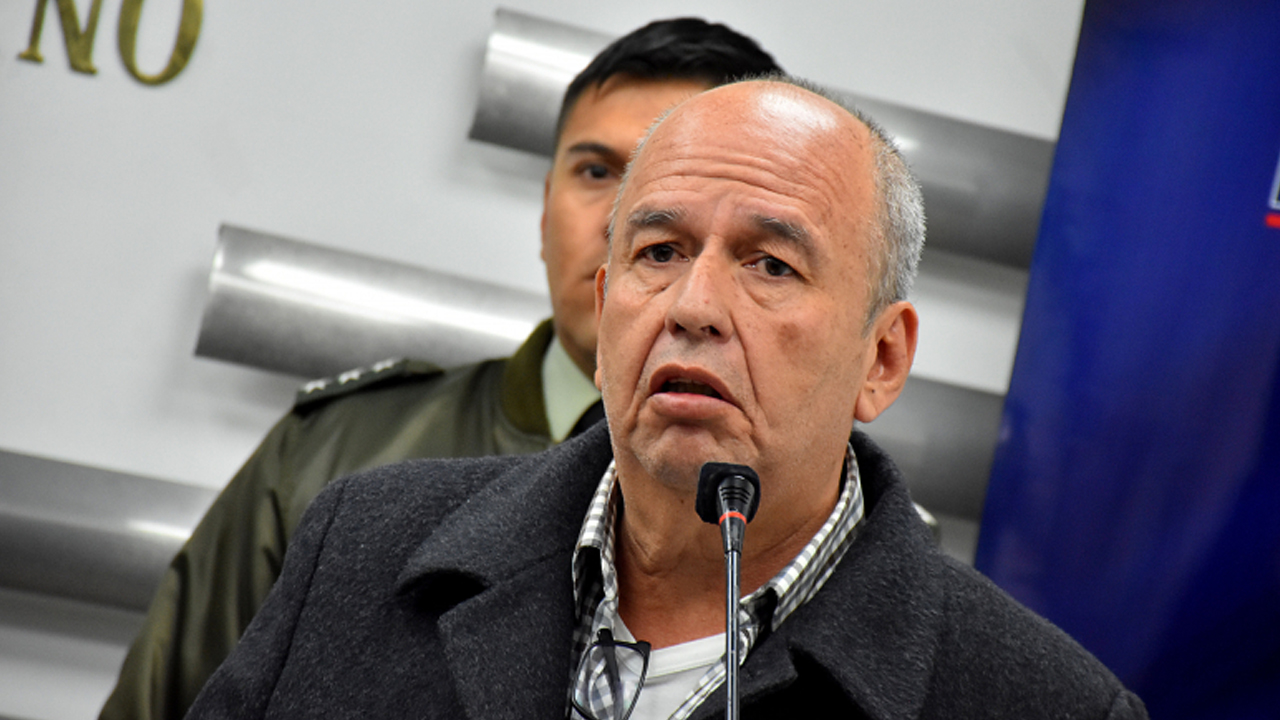 The United States Department of Justice, on Wednesday, January 4, reported through a press release that Bolivia’s former government minister Arturo Murillo had been sentenced to 70 months in prison for “conspiracy to launder bribes he received in exchange for corruptly helping a US company win a lucrative contract from the Bolivian government.”

According to the statement, “Murillo received at least $532,000 USD in bribes from a Florida-based company in exchange for helping it secure an approximately $5.6 million USD contract in 2019 to provide tear gas and other non-lethal equipment to the Bolivian Ministry of Defense.” The statement added that “Murillo and his co-conspirators laundered the proceeds of the bribery scheme through the US financial system, including bank accounts in Miami, Florida. Murillo received approximately $130,000 USD in cash bribe payments at a family member’s home in Miami.”

Murillo was arrested in the US in May 2021, after fleeing Bolivia in November 2020. He pleaded guilty to the crimes of bribery and money laundering on October 20, 2022. His co-conspirators – his former chief of staff Sergio Méndez, and businessmen Luis Berkman, Bryan Berkman, and Philip Lichtenfeld – also pleaded guilty to their roles in the scheme in September 2021. They were sentenced to between 26 and 42 months in prison in June 2022.

Murillo and Méndez, who served in the coup-installed regime led by Jeanine Áñez (November 2019-October 2020), are fugitives from Bolivian justice in the same case, among other corruption and human rights violation cases.

Bolivia’s Attorney General is investigating them in the “tear gas” corruption case along with other former ministers. Following the US-backed civic-military coup against the then president Evo Morales in November 2019, the de-facto government led by senator Jeanine Áñez (2019-2020) purchased tear gas and other non-lethal chemical weapons at a massively inflated price between November 2019 and April 2020. The Áñez regime paid $5.6 million USD for the equipment to the US-based company, Bravo Tactical Solutions, which reportedly it had bought for $3.3 million USD from the Brazilian company, Cóndor.

Bolivian Attorney General Wilfredo Chávez welcomed the conviction, and reiterated that the government is working with the US authorities to achieve Murillo’s extradition once he serves the sentence handed down in Miami. They also hope to recover the millions of USD he defrauded from the Bolivian people.

“This sentence has a final character, consequently there is no way in which this US decision can be reversed, and consequently it enables us to advance the extradition processes that have been initiated in Bolivia by the State Prosecutor’s Office. Justice has spoken in the United States. We are satisfied with this judicial decision and we are going to make efforts for judicial actions [of extradition],” said Chávez in a press conference.

It is worth noting that this anti-riot equipment had been used to unleash brutal police and military repression to suppress the social protests carried out in rejection of the coup, in which 38 people lost their lives in different regions of the country, including in the Sacaba and Senkata massacres.

Lawyer Thomas Becker, representative of the victims of the 2019 repression, told Bolivia TV that the verdict is an important step for the families of those killed and injured in Sacaba and Senkata, during the de-facto government.