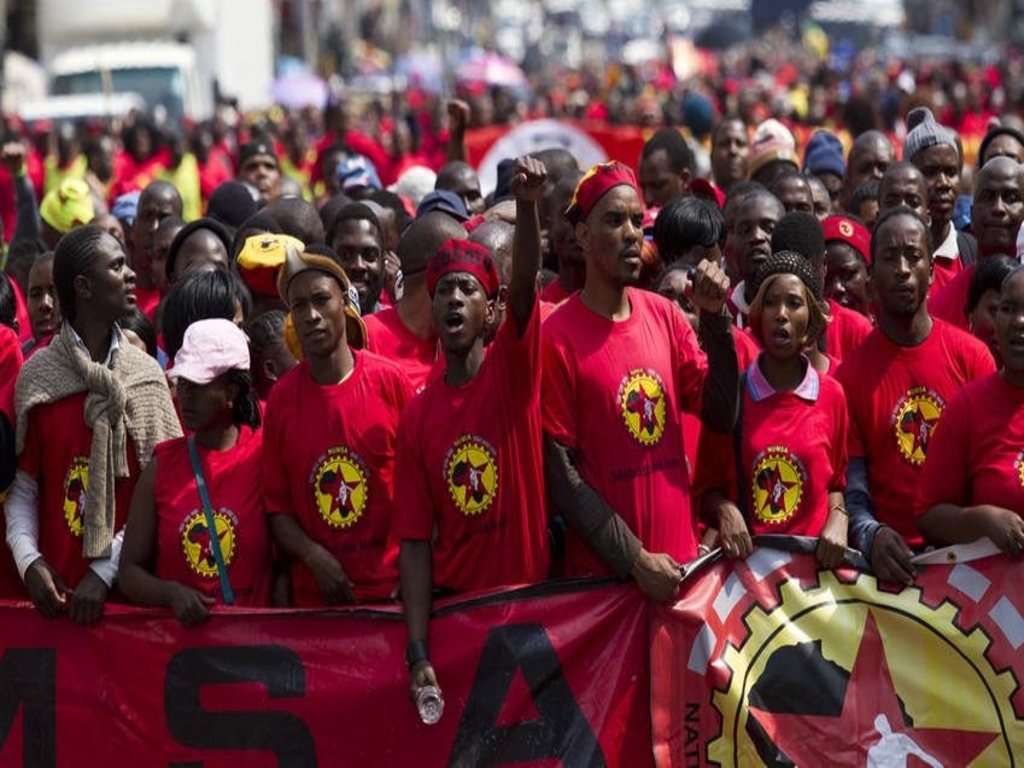 The Constitutional Court in South Africa ruled that an employee who earns less than the stipulated threshold (R205,000 per annum and less) contracted through a labor broker to a client firm for more than three months becomes an employee of the firm. The verdict that was in favor of the National Union of Metalworkers of South Africa declared that such workers would be “employed on the same terms and conditions of similar employees, with the same employment benefits, the same prospect of internal growth and the same job security”.

The majority judgment was penned by Acting Justice Daniel Dlodlo.

“For us as Numsa this judgment is certainly a major step in the battle against banning labour brokers totally,” said Hlubi-Majola.

Lower courts had a different interpretation of the law – on what happens once the deeming provision kicks in.

The matter came before the CCMA (Commission for Conciliation, Mediation and Arbitration) after 20 workers, mostly Numsa members placed by Assign Services, had worked beyond the three months of temporary service which had triggered the deeming provision. Numsa submitted that the dual employer relationship advocated by Assign Services would create uncertainty and adversely affect workers’ rights. The commissioner preferred the sole employer interpretation – on the bases that the dual employment would create confusion for the vulnerable on issues of unfair labor practices.

Assign Services petitioned the Constitutional Court against the LAC decision. The majority unsurprisingly dismissed the dual employer relationship interpretation preferred by Assign services. Oral submission made by the legal representative of Assign Service on 22 February this year – that having two employers better protected the constitutional and LRA rights of the employee – was met with mocking laughter from the court gallery full of workers.

Refuting the dual employer argument, the Constitutional Court first noted that, retaining the labor broker as an employer would frustrate the intentions of the amendments of 2014, to bring about certainty in employment relationships of vulnerable workers. Without certainty, casual workers cannot exercise their rights effectively and a number of practical difficulties can arise from this uncertainty. These include not knowing who to sue in cases of unfair dismissal, having to comply with two different codes of conduct and not knowing the appropriate procedure to follow.

The most important uncertainty related to the right to strike. A strike could be protected against one employer – but not the other – which could lead to unfair dismissal. These were some of the practical difficulties created by the dual employer relationship noted by the Constitutional Court, in finding in favor of Numsa.

Justice Dlodlo emphasized that the amended provision did not ban TES or labor brokers as argued by Assign Services, but regulated them.

Right after the Constitutional Court handed down its judgment, Sydney Moshoaliba could not contain his excitement. Moshoaliba told New Frame that the case was a huge victory for workers. Moshoaliba has worked with labor brokered workers as an organizer at Casual Workers Advice Office (CWAO) and feels that organizing workers will now be much easier.

Ighsaan Schroeder, director at CWAO – who were admitted in the case as friends of the court, told New Frame that this is an important judgment that will tightly regulate the labor broking system – “very, very few of these workers, their work is temporal – most of them work for labor brokers for nine to ten years in these so-called temporal jobs”. He added that with this judgment “work will now be genuinely temporal”.

Schroeder also explained that temporary workers usually get lesser wages than permanent employees of the client or firm and are often treated unfairly at work – “for example, we dealt with a case where a company had a clinic for workers but only permanents could use it … so this is a big thing for workers”.

However, Schroeder cautioned that in the past cases have been won on behalf of workers at the CCMA but bosses have refused to implement the decisions. In his view, it will now be necessary to organize to ensure that workers are aware of the judgment, and their newly affirmed rights.

Justice A Cachalia wrote a dissenting judgment, endorsing the dual employer interpretation, on the basis that it protects the employee. The majority of eight justices dismissed the appeal with costs and ruled that the sole employer interpretation is in line with “primary object of the of the LRA, and the right to fair labor practices in section 23 of the Constitution