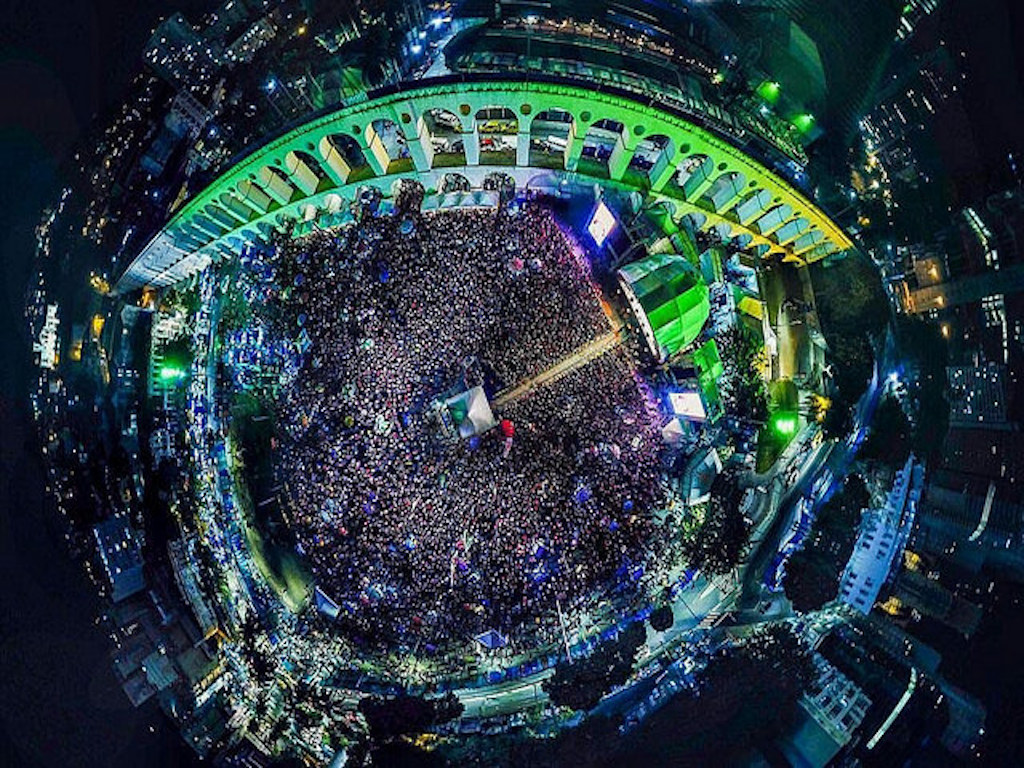 The plaza by the Lapa Arches in downtown Rio was taken over by a huge crowd last Saturday for the Festival Lula Livre – or “Free Lula Festival” – to support ex-president Luiz Inácio Lula da Silva. The performances started at 2pm and the highlight of the day was the meeting, on stage, of two of Brazil’s most celebrated musicians, Chico Buarque and Gilberto Gil, who had not performed together since the country’s dictatorship (1964-1985).

Sara Fazito and André Porcaro got early at the Festival to enjoy all activities with their one-year-old child João. “There is no evidence to justify Lula’s imprisonment. We want him to be elected president, and that is why we are here,” Fazito said.

Actress Cristina Pereira pointed out the role of art workers to denounce the arbitrary actions against the country’s progressive sector. “We are just a few months from the election [to be held in October] and we want Lula out of prison. He tops voting intention polls.”

With a compelling performance on stage, singer Ana Cañas sang protest songs while the crowd sang along. “Like Nina Simone said, how can I be an artist and not reflect the times? It is my duty to be here today. Latin America has traditionally suffered coups that are actually backed by the [mainstream] media. But we have the alternative media here today to report the reality.”