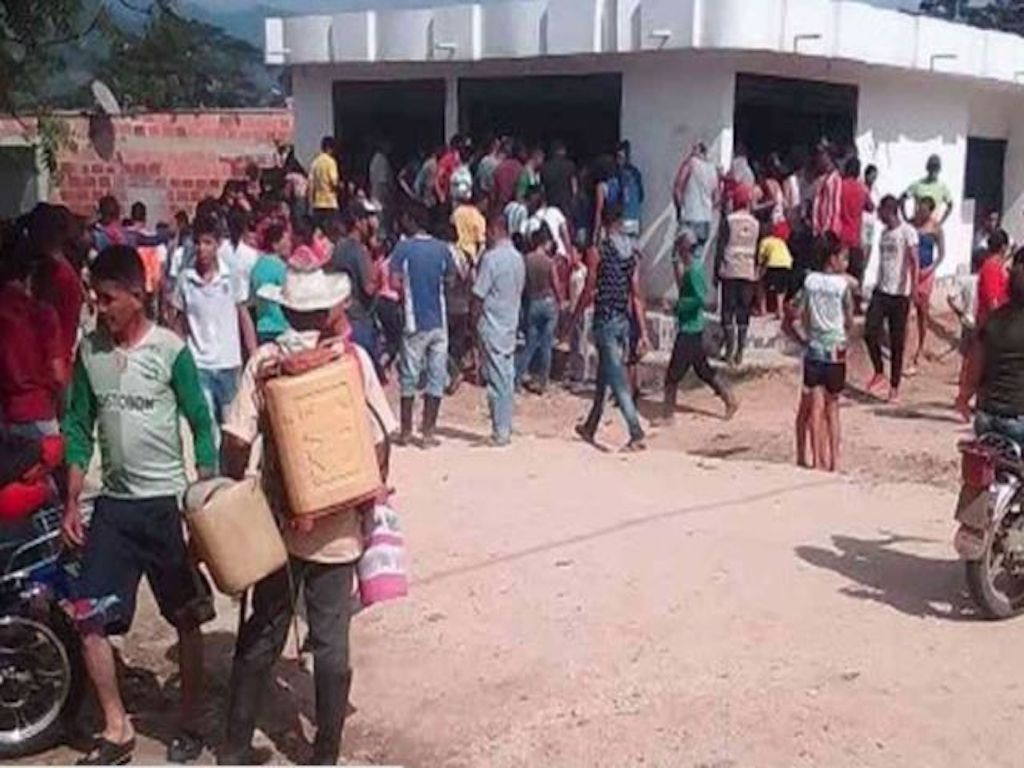 Nine peasants were murdered by a group of armed men in the Catatumbo region in Colombia on Monday. The massacre at the town center of El Tarra municipality took place even as the residents were attending the funeral mass for Jhon Carrascal, a young man assassinated last Saturday. Among the victims was Frederman Quintero, the president of the Community Action Board of Kilometer 84 and the president of the Town Committee of the Peasant Association of Catatumbo (ASCAMCAT).

Social movements have categorically denounced the latest grave attack on international humanitarian law and the human rights of the civilian population of Catatumbo that in the last year has borne the brunt of the armed conflict.

In response to the humanitarian crisis, which has seen a dramatic increase in assassinations, frequent confrontations between armed groups, threats to social leaders and organizations and paramilitary occupation of different regions, the state’s solution has been to increase the military presence in the region. Recently, it was estimated that there are at least 12,000 soldiers in Catatumbo. Social organizations point out that militarization is clearly not the response to the crisis, as the soldiers have been unable to guarantee the security of the civilian population. The municipality of El Tarra, where the massacre took place, is one of the most militarized in the region.

The Committee of Social Integration of Catatumbo (CISCA), a peasant organization in the region, stated “There is no heart that can deal with so much grief. There are nine more families overwhelmed by pain, families to whom we express our most sincere solidarity as we stand by them in these moments. Despite this enduring pain, the temperance, bravery and resistance of our population refuses to die out, and with every tragic blow, we renew our efforts to organize, to struggle and to remain in the territory.”

Organizations in Catatumbo and on a national level demanded that the Colombian state take concrete actions to dismantle the paramilitary structures that threaten the civilian population on a daily basis, respect the Havana peace agreements and maintain dialogue with the National Liberation Army (ELN), all of which are key processes to guarantee peace in Colombia.