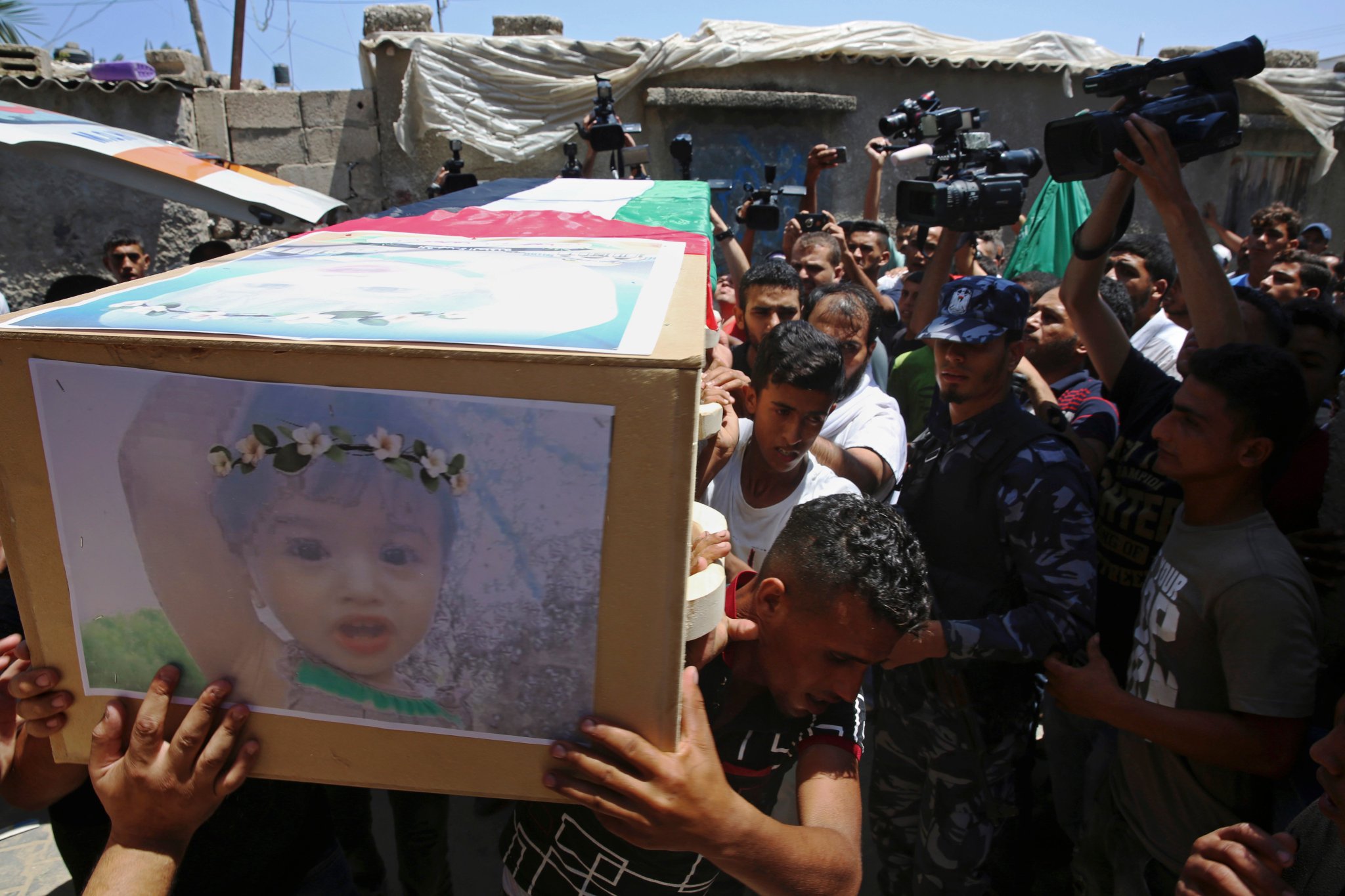 Escalating its airstrikes in the besieged coastal strip of Gaza, Israel killed a pregnant woman and her 18-month-old daughter in a deadly bombing on Wednesday. Enas Khammash, 23, and her 18-month daughter Bayan died in an airstrike on Jafarawi in Central Gaza which also injured her husband, according to the Gaza health ministry. Israel claimed that the bombing was in response to projectiles fired from Gaza by Hamas.

A third Palestinian fatality was identified as 30-year-old Ali Alrandur, killed in an airstrike in the north of Gaza. Twelve Palestinians were also injured in the airstrikes, according to the Palestinian WAFA news agency.

According to a recent report by Defense for Children International — Palestine (DCIP), the number of children killed by Israel forces in the first half of 2018 is three times higher than the previous year. From January to July, more than 35 children were killed by Israeli forces in the occupied West Bank and besieged Gaza Strip.

Nickolay Mladenov, the UN’s special coordinator for the Middle East peace process, expressed concern in a statement released on Wednesday, saying he was “deeply alarmed by the recent escalation of violence between Gaza and Israel, and particularly by today’s multiple rockets fired towards communities in southern Israel”.

Gaza is currently reeling under a catastrophic humanitarian crisis due to the land-air-sea military blockade imposed by Israel since 2007. The siege has led to severe shortage of essential supplies like medicines and fuel and has crippled the water-sanitation system in Gaza.

The hospitals in the area are struggling to cope with the rising number of bombing and gunshot wound-related casualties as Israel continues to use live ammunition against protesters and launch relentless airstrikes.

The protesters have been demanding the right of return for Palestinian refugees in Gaza and elsewhere to their families and homes in Israel from where they were expelled during the creation of the state of Israel in 1948. They also demanded an end to Israeli occupation of Palestinian territories.