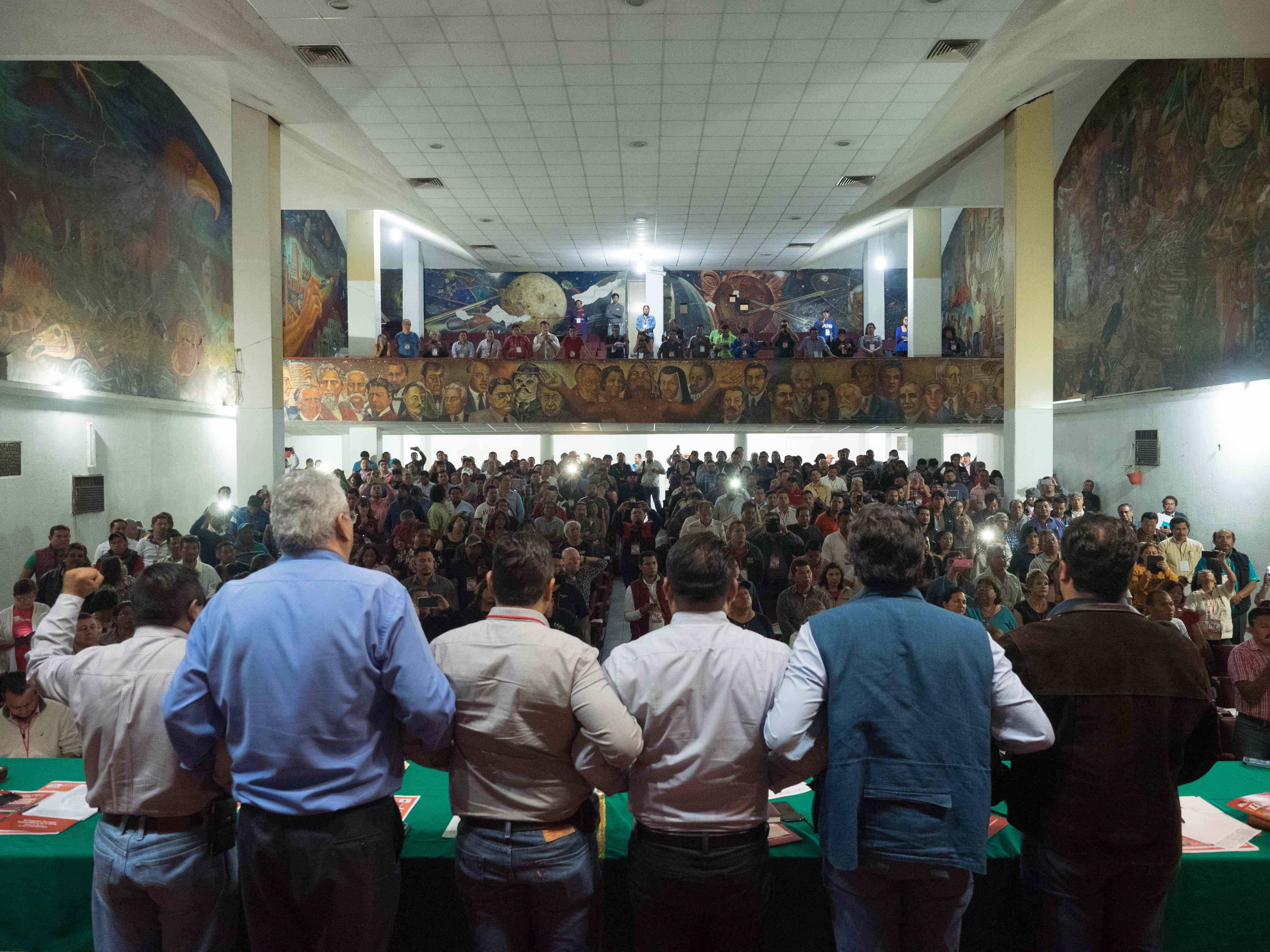 The following photos are from mobilizations, meetings and events of the National Coordinator of Education Workers (CNTE), a militant trade union of educators in Mexico that has been on the front lines of resistance against the Mexican government’s policies of assassinations, neoliberalism, violence, corruption and fights not only for the rights of the education workers but for a dignified life for all in Mexico.

(José Luis Granados Ceja is a writer and photojournalist based in Mexico City. He previously worked as a staff writer for teleSUR and currently works on a freelance basis. His stories focus on contemporary political issues, particularly those that involve grassroots efforts to affect social change. He often covers the work of social and labour movements in Latin America.)