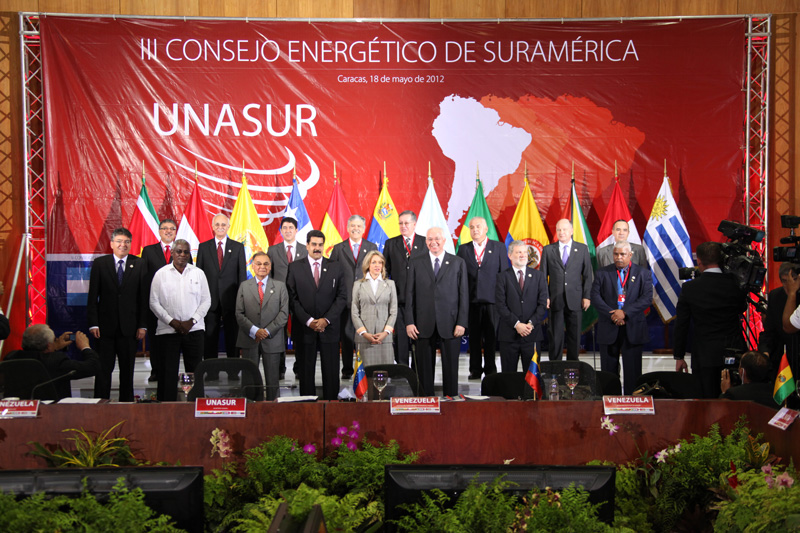 The minister of external affairs of the Republic of Colombia, Carlos Holmes Trujillo on August 10, announced the decision of the government to withdraw from UNASUR. Union of South American Nations – UNASUR – is an international organization that brings together 12 nations and more than 400 million people with the vision of a Latin American identity based on the principle of unity in diversity.

Just days after assuming power, Iván Duque’s government has sent a message to the world: the sovereignty, unity, respect, peace and independence of our people will have no place in the Colombian political agenda for the consolidation of a Great Homeland.

According to Trujillo, “UNASUR is a complicit organization [in] the dictatorship in Venezuela”. However, this regional organization has been one of the guarantors of respect for democracy through electoral missions recognized even by Colombia.

With this geopolitical decision, Colombia loses the opportunity to integrate itself with the rest of the Latin American countries in the areas of power production, transport, telecommunication and even the mobility of citizens. UNASUR is a project that in the long term aims to configure, for the benefit of its people, an alternative block against the hegemonic approach of the great centers of power like the Unites States and the European Union.

On the other hand, Colombia is the first Latin American country to join the North Atlantic Treaty Organization (NATO). This decision automatically implies the rise of tensions to an almost conflict-like situation with its neighbor, Venezuela.

Exiting UNASUR can be read as a geopolitical decision of the government of Iván Duque to continue on the path that  Juan Manuel Santos began against the Bolivarian Revolution on the economical, cultural, geographical and military fronts.

The role of UNASUR

UNASUR was the result of a strategic initiative initiated in 2009 by presidents Evo Morales (Bolivia), Rafael Correa (Ecuador), Néstor Kirchner (Argentina), Luiz Inácio Lula da Silva (Brazil) and Hugo Chávez (Venezuela). It was established and endowed with guiding principles such as “democracy”, “unrestricted respect for the sovereignty, integrity and territorial inviolability of the states”, “human rights”, “peace” and “reduction of asymmetries”.