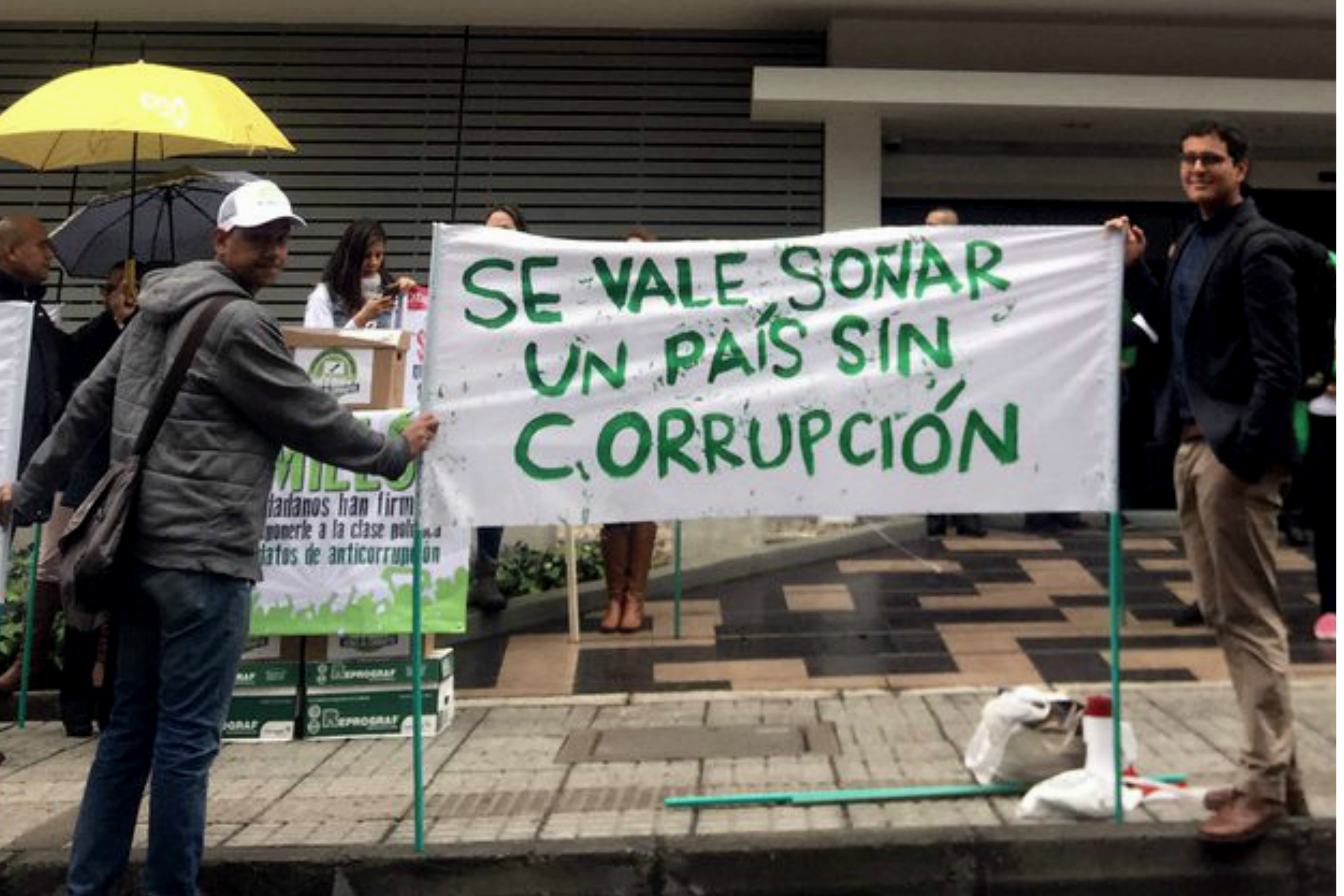 A popular consultation held on Sunday on the issue of corruption in Colombia saw millions turning up to make their voices heard. The consultation was 535,776 votes short of the quorum of 12,140,342 votes that would have enabled its provisions to be sent it to Congress to be voted on as individual bills. However, many activists still see the turnout as a victory. Of the 11 million who participated in the popular consultation, 99% voted ‘yes’ – in support of the anti-corruption measures that were proposed. This is greater than the number of people who voted for Iván Duque in June and reinforces the trend of an increasing number of Colombians demanding real change in the country.

Throughout the campaign, the consultation was met with different types of slander campaigns from the right wing to discourage people from voting, as those from the right wing would be most affected if the consultation passed. There were accusations that the anti-corruption measures promoted “castro-chavism” (one of the most common buzzwords of the Colombian right wing). Ex-president and suspected war criminal Alvaro Uribe even tweeted that Senator Claudia López would receive money for every vote cast in support of the consultation if the quorum was met.

The anti-corruption popular consultation was called for and organized by the Alternative Democratic Pole and Green Parties. Senator Claudia López was one of its prominent proponents. The seven questions in the popular consultation referred to different measures to be taken in order to confront corruption in Colombia. If it had passed, the different points would have been taken forward as individual bills.

It asked if citizens agreed to the following points:

The campaign supporting the consultation stated that with the anti-corruption measures proposed by the consultation, Colombia would combat the pillaging of around 9.6 trillion Colombian pesos (over $3 billion) a year. As Colombia Informa pointed out, without this yearly looting, the Colombian government would be able to pay twice the amount necessary for implementation of the peace agreements and there would still be money left over.