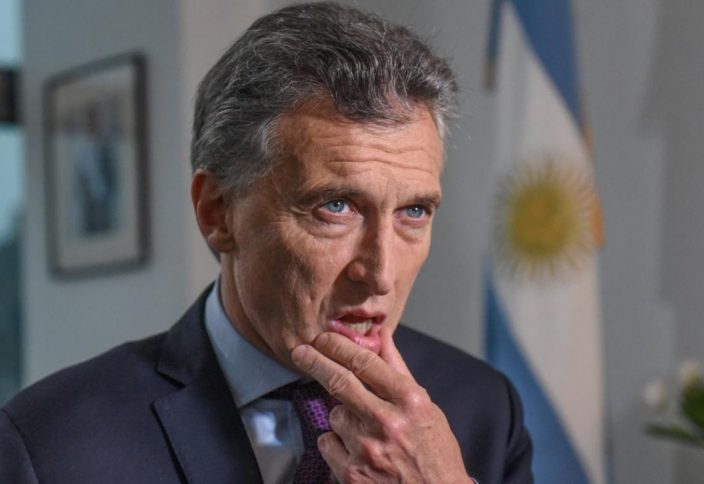 As part of the structural adjustments proposed by the International Monetary Fund (IMF) for advancing a loan worth 50 billion USD to Argentina, the country’s president, Mauricio Macri, recently degraded the ministry of health to the status of a secretariat under the Ministry of Social Development. The slashing of the number of government ministries by half is also underway, which will lead to a sharp decline in fund allocation, as well as further job cuts. Amid soaring inflation, which has touched 30%, Mauricio Macri has also imposed taxes on grain exports from the country.

Argentina is undergoing a severe economic crisis. The hike in the interest rates by the American Federal Reserve in July strengthened the US dollar worldwide, and it resulted in the plummeting of the peso’s value. As of today, one US dollar equals 38.62 Argentine pesos. On June 1, it was around 24 pesos. The Argentine government then began started selling millions of dollars from its foreign currency reserves in order to cope with the depreciation and as a result, the foreign currency reserves shrunk. The interest rates in the country also surged to 45%.

At this juncture, despite warnings from peoples’ organizations and movements across the country (#NeverAgainIMF), the government approached the IMF and secured a loan worth 50 billion USD in order to supplement the reserves. The IMF stipulations forced the government to implement severe austerity measures in the garb of ensuring financial discipline. The direct implications are massive job layoffs and cuts in social spending. These are intended to ensure that the country has a zero deficit budget as per IMF stipulations, regardless of whatever suffering the people might undergo. This has been accompanied by the steep decline in the agricultural production in the country due to a severe drought since November 2017, which has increased the distress faced by the farmers and common people.

The mobilizations and resistance to these IMF austerity policies continue to multiply. On Monday, in the wake of the slashing of ministries and the lay-offs, thousands of government employees of several ministries including those of modernization, justice, agribusiness, labor and health, held massive mobilizations in Buenos Aires. Several researchers and employees organized demonstrations and plays in the scientific and technology center in Tucuman against the slashing of ministry of science and technology. The workers of the directorate of navigable routes also protested on Wednesday against the closure of the institution. The workers of Telam, the national news agency of Argentina, mobilized in front of their center in Buenos Aires to demand the reinstatement of their dismissed colleagues. In July, government fired around 354 employees from Telam.

Teachers and students from various universities, who were already on strike since the announcement of budget cuts, intensified their protest and organized several assemblies across various campuses in the country. In August, workers of the Rio Santiago Shipyard were attacked by the police, when they protested the cuts in their benefits.

The plight of common people in the country has also worsened due to the increase in fuel and electricity charges. There are reports that on Monday, the police fired on a crowd demanding food and essentials at a supermarket in the province of Chaco. A 13-year-old school student, Ismael Ramirez, was killed by police bullets.

In spite of across-the-board crackdowns and arrests, farmers, government employees, shipyard laborers, students, teachers and various civil society groups continue their protests all around the country. While each sector has its own demands, they have all condemned the government for abiding by the IMF’s guidelines and balancing the deficit by sacrificing social security.

The IMF has a notorious history in Argentina as its structural adjustment programs had led to a severe economic crisis in in the country, as well as political chaos during 1998-2002. Certain ex-lawmakers have accused and legally challenged Mauricio Macri for ‘abuse of power’. According to them, decisions regarding external debts and agreements with international institutions are a prerogative of Congress, but Macri and his cabinet made the request to the IMF directly, bypassing the Congress.