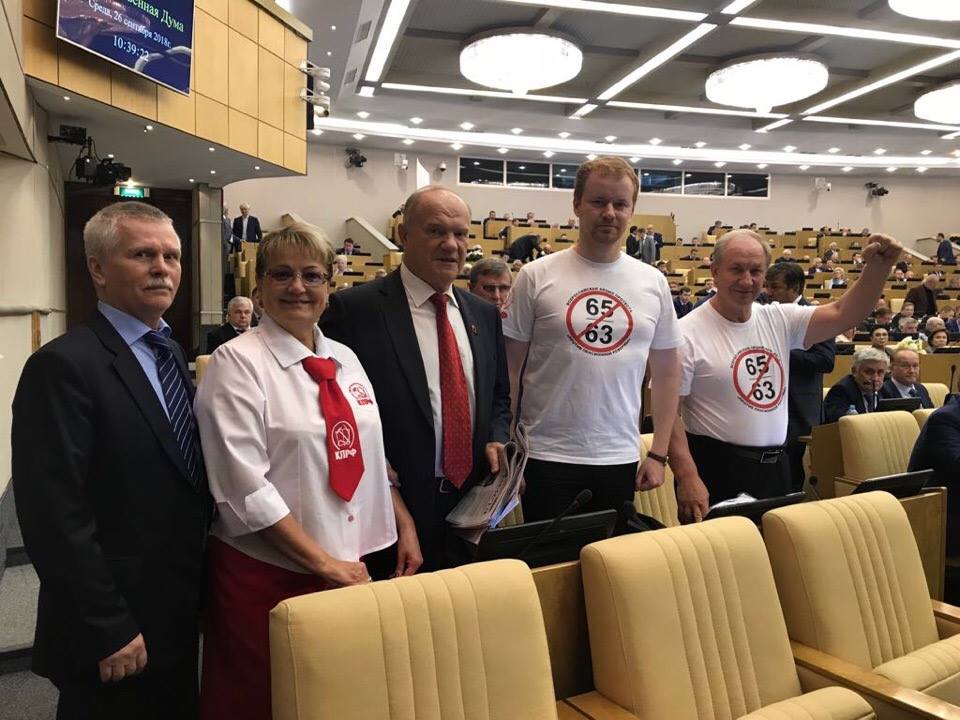 Legislators from the communist party are protesting in the Duma against the reforms wearing t-shirts featuring no to 63 and 65. (Photo: CPRF/ Facebook)

Massive protests broke out in Russia after the lower house of parliament on September 27 approved a pension reform bill to raise the retirement age of men from 60 to 65 and women from 55 to 60. The protests reflect the anger in Russia since the reforms were first proposed in June. The original plan submitted by the cabinet to the Duma had suggested increasing the retirement age for women to 63. It was then reduced to 60 on the initiative of president Vladimir Putin in an attempt to dilute the opposition. Putin has strongly backed the bill and urged people to comply with it. The bill was put to vote in the lower house of Russian parliament in the second reading on September 26 and passed with a division of 326 against 59.

Communist Party of Russian Federation Secretary Gennady Zyuganov called the reforms cannibalistic and urged the government to tax the oligarchs to raise funds rather than squeezing the working class. The members of parliament from the Communist Party voted against the bill in the Duma. Sergey Kurginyan, leader of the Essence of Time movement, organized an anti-reforms referendum in which hundreds of thousands had participated. The leader of the opposition Future of Russia party, Alexei Navalny, was arrested for giving a call for protests. Speaking to Peoples Dispatch,  Sergei Skvortsov, Secretary of the Communist Party of Soviet Union (formed in 1992), said that the government should withdraw the reforms as majority of the Russians were against the increase in retirement ages. He further added that the party will go for massive protest actions against the pension reforms.

The Communist Party of Russian Federation (CPRF) and other opposition groups have been organizing demonstrations on the issue in Moscow and other cities, including St. Petersburg, Yekaterinburg, Rostov-on-don, Astrakhan and Novorossiysk, since June. In September, several demonstrations were repressed by the security forces and thousands of protesters were detained.

According to Levada (Independent Pollster) surveys, 89% people surveyed in the country were unhappy with the pension reforms. Most of the respondents felt the government had spent too much money for hosting events like the 2014 Winter Olympics and the 2018 World Cup, as well as on the military, and was trying to resolve the crisis using public money in the name of reforms.

Railway and mine workers in Siberia were among those who expressed their unhappiness and called themselves “prisoners of the Putin’s reforms”.

Recently, Putin’s United Russia Party suffered losses in gubernatorial (governor) elections in Vladimir and Khabarovsk. The victory of the United Russia candidate in Primorsky Krai was annulled by central election commision following a complaint of the opposition candidate from the Communist Party. The electoral losses and the public anger are seen by experts as indicators of the rising discontent with the domestic policies of the Putin regime. 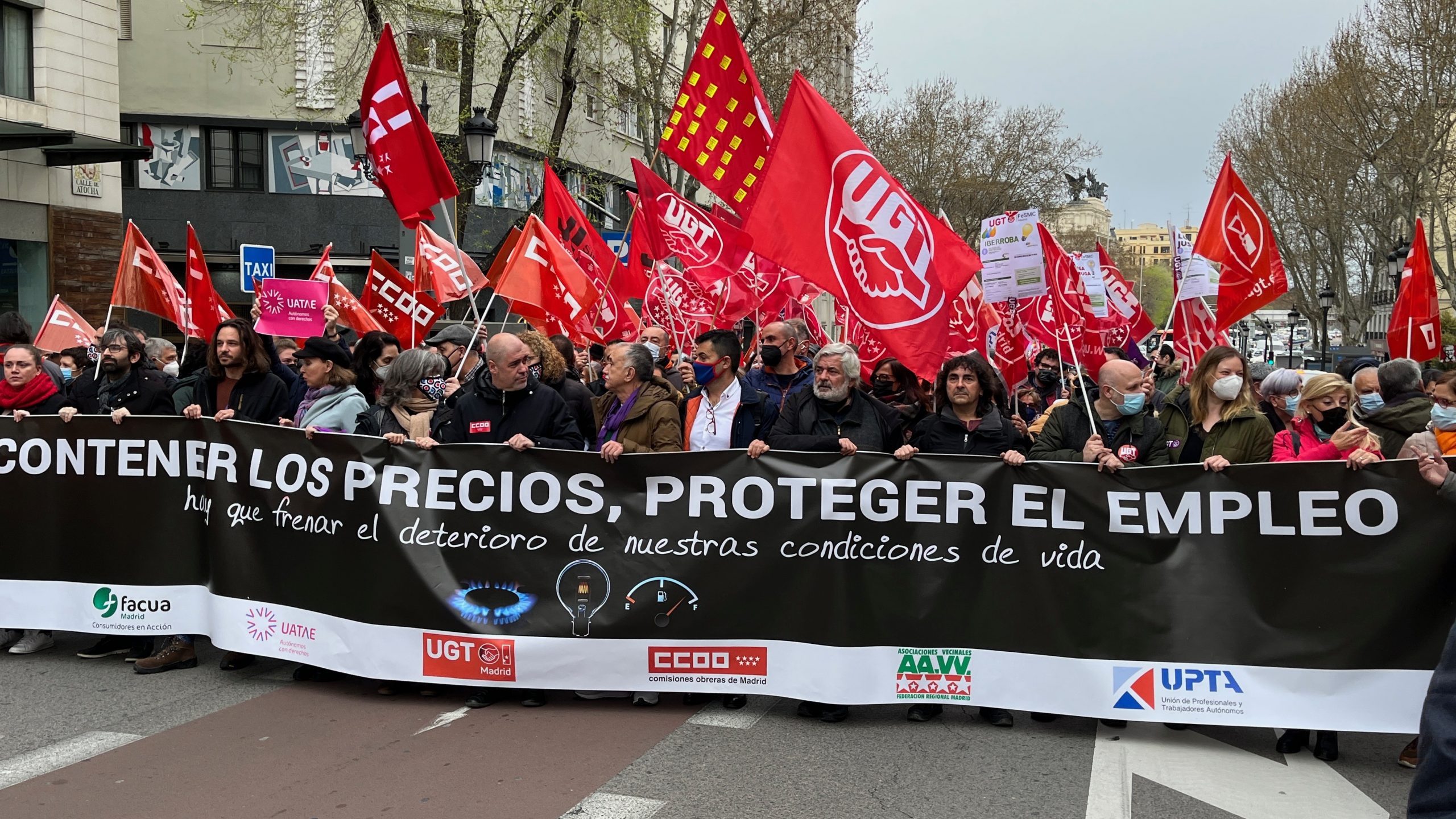