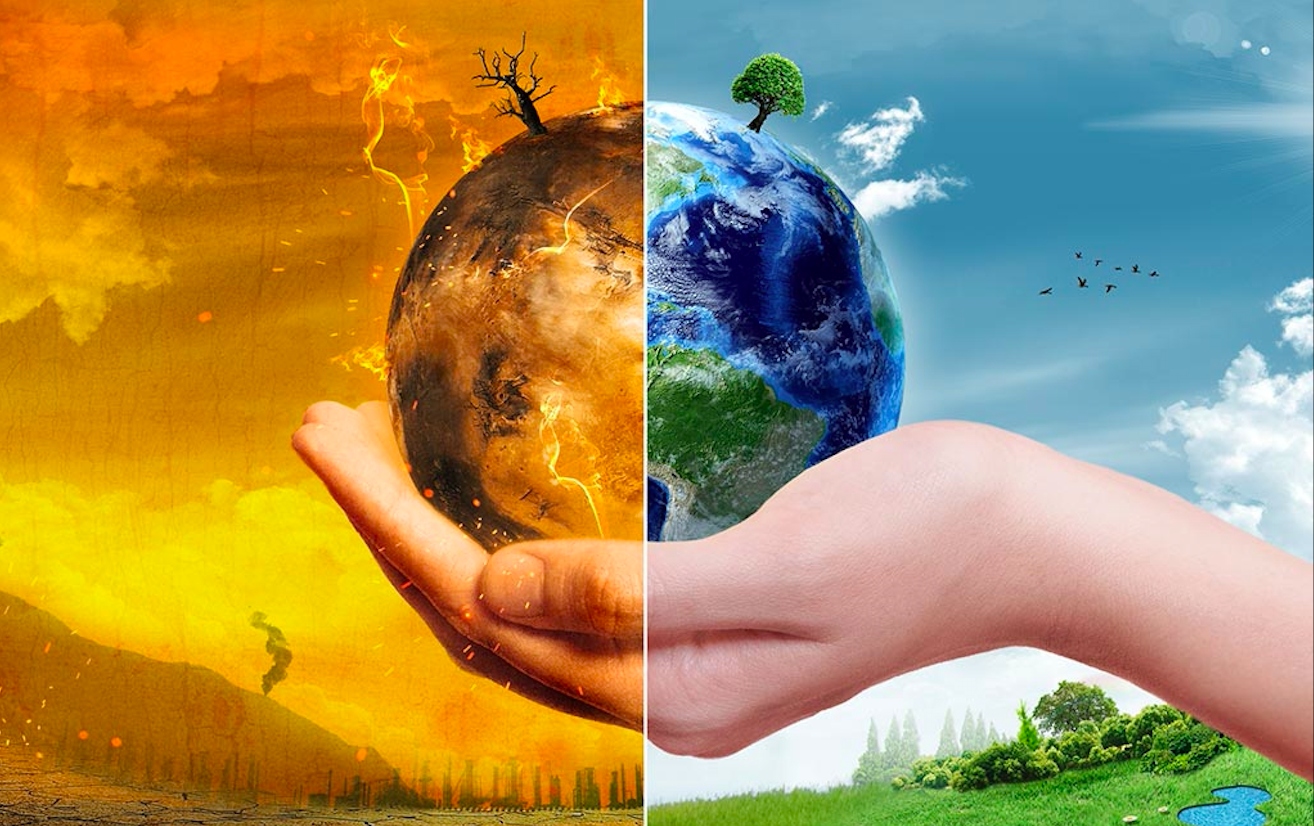 The Climate Agreement approved by the 21st Conference of Parties in Paris in December 2015 had set a global goal to limit temperature rise to 2 degrees C and to pursue efforts to further restrict it to 1.5 degrees C. This wording reflecting higher ambition than had hitherto been agreed was in response to pressure from small island nations besides least developed countries and some others facing special vulnerabilities. In pursuit of this, the Conference had called upon the IPCC (Inter-Governmental Panel on Climate Change) to study the possible impacts of such a target and the mitigation (i.e. greenhouse gas reduction) pathways to achieve it. The Panel had met in Incheon, South Korea, over the past week, and released its Special Report over the weekend.

As one has come to expect from the IPCC, the Special Report (SR 1.5) elaborates on this with customary detail and cautionary notes about the degree of certainty of the conclusions reached. As is well known by now, the IPCC does not undertake research by itself, but relies on published and peer-reviewed research, put together by a set of authors. SR 1.5 was written by 91 authors and 133 contributing authors, along with review editors from 40 countries, citing over 6,000 scientific references with more than 42,000 expert and government review comments. This is as authoritative as it gets, and represents the broadest scientific consensus at the present time.

It does not take rocket science to understand what has made headlines internationally, namely that the major findings that impacts at 1.5 degree C temperature rise would be less than at 2 degrees C. However, even at the reduced temperature rise, the predicted impacts are horrifying and should send shivers down the spine of all but the most bigoted, flat-earth type climate deniers.

The earth is already about 1 degree C warmer than in pre-industrial times, and is likely to cross 1.5 degrees sometime between 2022 and 2030 if emissions continue at the same level as today. However, these are global average surface temperatures, and some regions such as the Arctic, are likely to witness much higher temperature rise. But the important takeaway is that 1.5 degree temperature rise is already almost upon us, as indeed even 2 degrees C is unless something drastic is done urgently if not immediately, with developed countries leading the way as expected by the UN Framework Convention on Climate Change (UNFCCC) to which all countries are signatories.

SR 1.5 reiterates that “pathways reflecting these [currently stated mitigation ambitions under the Paris Agreement] would not limit global warming to 1.5°C, even if supplemented by very challenging increases in the scale and ambition of emissions reductions after 2030 (emphasis added).” In other words, seeking later on to drag back emissions if they have not been pulled back now would be to close the stable door after the horse has bolted. As one scientist put it after the Paris Agreement, 1.5 degrees is therefore “already in the rear-view mirror!”

Nevertheless, even at 1.5 degree rise, the already perceptible trends of extended heat waves and higher temperatures in tropical regions, such as India in the summer, and warmer winter nights at higher latitudes, will intensify albeit at slightly lower levels than at 2 degrees C.  More frequent, intense and high-volume rainfall will also be seen. Impact on agriculture will continue to be felt, although less than at 2 degrees rise.

More worrying is that, although mean sea level rise will be about 0.1 metre less than at 2 degrees, multi-metre rise in sea levels will continue till well into the next century and beyond, likely to persist for hundreds of thousands of years, for various reasons including melting of Arctic ice and the Greenland ice sheet. Thus, although impacts on islands and coastal areas will be less due to slower rise of sea-levels, the long term impacts even at 1.5 degrees is a matter of great concern.

All this is along expected lines and would come as no surprise to those who have been continuously following the climate negotiations and related scientific reports.

However, what should really concern everyone, is the confirmation by the Special 1.5 Report of IPCC, of what had been warned by a few scientists especially from India ever since the “higher ambition” 1.5 degree aspiration had been written into the Paris Agreement text. That is, if the 1.5 degree goal is to be seriously pursued with the urgency it demands, it will result in unfair and unbearable pressure on India and similar developing countries. This is due to the highly inequitable architecture of the Paris Agreement, and needs some explanation.

The UNFCCC principles, enshrined in the earlier Kyoto Protocol which the Paris Agreement supersedes, calls for equity between nations in sharing the burden of mitigating climate change through a mechanism that accounts for the historical or past emissions of all countries, which are cumulatively the main cause of the problem, and 75% of which have been put in the atmosphere by the industrialised countries. The Paris Agreement, however, due to clever manipulation by the US backed by their European and other allies, totally omits mention of past emissions and instead focuses exclusively on future emissions.

Emissions of developed countries are now finally beginning to plateau off and will soon start declining, whereas emissions of China, India and other large developing countries will reach that stage only after a decade or two and must rise till then, albeit at a lower rate as committed by them at Paris. The developed countries led by the world’s second largest emitter, the US, which has since then withdrawn from the Paris Agreement, had made miserably low emission reduction commitments, effectively leaving India, China and other emerging economies carrying the baby.

Unfortunately, due to a combination of slovenly alliance-building by India in particular and brazen manipulation by the US, the island nations and LDCs fell prey and added weight to the schema that focused only on future emissions and ignored the past. India had committed to reduce the growth rate of its emissions, not because it accepted responsibility for the problem climate change, but as a mark of its commitment to its solution. As it stands with the 2 degree goal, Paris puts greater responsibility on the shoulders of India than on the developed countries. With a heightened 1.5 degree goal, this will make India’s position intolerable.

IPCC’s SR 1.5 makes it clear that there is very little of the carbon budget left to be able to restrict temperature rise to 1.5 degrees. The Paris accord ensures that India will be left with a very tiny share of this carbon budget to pursue poverty alleviation and its development deficit.

SR 1.5 also clarifies the stark reality that the 1.5 degree goal is not possible without carbon dioxide removal (CDR) from the atmosphere, especially through “BECCS (bio-energy with carbon capture and storage), direct air carbon capture and storage (DACCS), enhanced weathering and ocean alkalinization. These differ widely in terms of maturity, potentials, costs [and] risks.”  In other words, nobody even knows if these technologies will even work!

SR 1.5 continues that such pathways would also call for large-scale diversion of crop and pasture land for afforestation and energy plantations. The 1.5 goal therefore calls for “rapid and far-reaching transitions in energy, land, urban and infrastructure (including transport and buildings), and industrial systems… and imply deep emissions reductions in all sectors… and a significant upscaling of investments in [various] options.”

To call a spade a spade, the 1.5 degree ambition is a mirage, providing false hope to particularly climate vulnerable nations, and will put immense pressure on not very less vulnerable developing countries such as India.