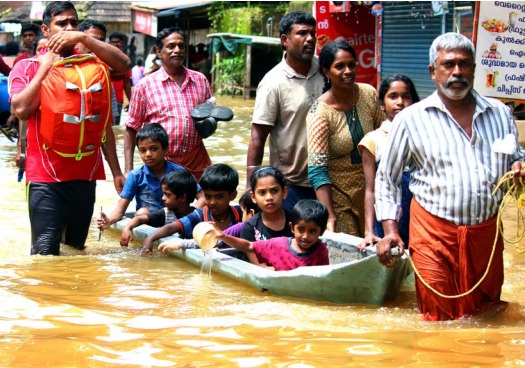 The rescue and relief work undertaken by the Communist-led government in the flood-ravaged southern Indian state of Kerala has been hailed as a “shining example” by disaster management experts in the country. The Fisher community of the state, civil volunteers along with the well-coordinated state machinery pulled off a disaster response and rescue operation unparalleled in the history of the country, notes a report by international research organization, Tricontinental: Institute for Social Research.

In the month of August, Kerala witnessed a massive disater; whole state was inundcated with water. Witnessing its worst monsoon rains in almost a century, the amount of rainfall in the state between June 1 and August 21 was 41% higher than normal. Disaster struck when in the first 20 days of August, 164% higher than normal rainfall poured in the state, triggering flood and landslides on a scale not experienced since 1924. In the worst affected district of Idukki, the rainfall in this period was over 400% in excess.

With a population density over twice that of the national average, Kerala has a population of 35 million, over 15% of which was affected by the deluge. The death toll, however, was contained to less than 500 due to swift and well-coordinated action.

The role played by various mass organisations cultivated over decades by the Communist Party of India (Marxist) was crucial in helping the state respond to the worst natural disaster effectively, despite the hostility of the central government led by the far-right Bharatiya Janata Party (BJP), which left no stone unturned to deprive the state of the necessary funds. The efforts of fishermen, women’s collective, student wings and youth organisations associated with the CPI(M), which worked alongside the state machinery to overcome these odds.

While holding back the much needed funds, the central government also refused monetary assistance offered by foreign countries. Further, members of the BJP and its parent organisation Rashtriya Swayamsevak Sangh (RSS) – which is also incidentally the largest paramilitary organisation in the sub-continent known for its involvement in sectarian violence – also indulged in a misinformation campaign against the state to discourage donations to the Chief Minister’s disaster relief fund.

Situated on the southernmost edge of India’s west coast, between the Arabian sea and the Western ghats range, Kerala, a state with a landmass of 39,000 square kilometres, on average receives annual rainfall four times that of the entire United States of America, whose landmass is over 240 times that of Kerala.

Taking note of the Indian Meteorological Department’s prediction for the monsoon, the state government had begun its preparations as early as July – alerting residents about the water-levels in dams, clearing blockages downstream, and evacuating villagers residing in areas that were certain to be submerged, should the waters be released from dams. The entire state government was mobilised, with responsibilities assigned to top civil servants, ministers and local governments.

However, when the downpour intensified well above the predictions starting from August 8, the efforts of 40,000 police officers and 3,200 firefighters leading the rescue operations proved insufficient to save all lives in danger. This is when the state looked to the central government for help, requesting 5,000 soldiers, 100 helicopters and 650 motor boats. By August 18, when the rescue operations were at its peak, the central government had allotted only 400 soldiers, 20 helicopters and 650 motorboats.

Filling this void were Kerala’s fishermen who – mobilised by trade unions and the Fisheries’ department – set sail into flood waters with over 4,500 boats, mostly non-motorised, and rescued over 70,000 lives in danger. The repair of their boats battered in the rescue operations were undertaken by the state government. On August 29, when the situation was under control, it also held a function to express gratitude for the fisherfolk who risked their lives and boats on dangerous waters in order to save lives.

Thousands of Keralites, including those residing outside the state in different parts of the world, collected information about the GPS coordinates of people stranded using internet and cellular networks, and updated the control rooms where youngsters – mobilised by the Students’ Federation of India (SFI), Democratic Youth Federation of India (DYFI) and other CPI (M) affiliated organisations – were volunteering in massive numbers to make the information available to state forces and fishermen carrying out the rescue operations on the ground. Using crowd-sourcing, multiple organisations augmented the database on the state government’s website- keralarescue.in.

The maximum number of houses were inundated in the Kuttanad region, which lies below the sea-level as the land was reclaimed from lakes over a span of several centuries. In three days, around 250,000 people were evacuated from this region. By August 21, 1.45 million people rescued or evacuated from different regions were sheltered in 3,300 relief camps set up across the state.

While the ruling party in the centre, since coming to power in 2014, has busied itself with the task of creating a deep sectarian divide along religious lines, relentlessly spewing hatred against Muslims and Christians; the temples, mosques and churches in the disaster-struck Kerala not only opened themselves to shelter affected people of all communities, but also made arrangements for people of different religions to offer prayers within their premises.

By the end of the deluge, when the flood waters had receded – leaving hundreds of thousands of homes destroyed or submerged in debris – the losses incurred by damage to infrastructure and homes were estimated to be 250 billion rupees (about 3.4 billion dollars).

Mass Organisations Called Upon to Act by State Government

The central government allotted a paltry sum of 6 billion rupees (less than a billion dollar) for relief and rehabilitation. The state government could not offset the consequences of the central government’s miserliness by borrowing from the market, as the latter, toeing the line drawn by the neoliberal edict, has imposed a limit on borrowing by states to 3% of its GDP.

The offer of 7 billion rupees in assistance made by the government of United Arab Emirates, where large numbers of expats from Kerala have been working, was refused by the central government. Despite the fact that the very same far-right government, a year after coming to power, had cleared the National Disaster Management Plan which states: “If the national government of another country voluntarily offers assistance as a goodwill gesture in solidarity with the disaster victims, the Central Government may accept the offer”.

Quick action had to be taken to prevent epidemics from breaking out and time was running out. Despite the repeated cold-shoulder given by the central government, within less than a week after the rescue operations, 194,805 out of the 371,203 flooded houses were cleaned. From the worst affected regions across seven districts, almost 600 tonnes of debris and other waste had been removed.

In absence of sufficient funds, the state’s finance minister had called upon volunteers on August 24. Cadres of CPI(M), DYFI, the state unit of All-India Agricultural Workers’ Union and the famous cooperatives set up by the left-led state, all sent in their volunteers.

About 400,000 women were mobilised for relief work from the Kudumbashree – an all-women collective initiated by the CPI(M) led government of Kerala in 1998, which, in words of renowned rural journalist P. Sainath, “could well be the greatest gender justice and poverty reduction programme in the world”.

These women, “self-mobilised across Kerala to do [post-flood] relief work, including collecting, packing and distributing relief material, cleaning up public spaces and private homes, and counselling affected families and putting them in touch with concerned authorities”, wrote Brinda Karat, CPI(M) Polit Bureau member and former General Secretary of the All India Democratic Women’s Association (AIDWA).

In the Kuttanad region where maximum numbers of homes were flooded, “Huge pumps were brought in to pump out the water. About 60,000 volunteers – more than 10,000 from the CPI(M) alone – participated in the collective clean-up efforts, named ‘Operation Rehabilitation’. Students, agricultural workers, carpenters, electricians, plumbers and volunteers from other political organisations and institutions joined in large numbers. They went from house to house, removing mud, cleaning up, using high-pressure pumps wherever necessary, and disinfecting the premises. Power and water connections were inspected and restored. Damaged doors and windows were repaired,” Tricontinental Institute’s dossier stated.

To finance the rehabilitation activities, over 17.2 billion rupees were donated to the Chief Minister’s distress relief fund, both by individuals and by groups, including the SFI and DYFI which organised donation collection drives in universities and neighbourhoods, across the country.

Systematic Efforts By Right Wing to Disturb Rescue and Relief

Distressed by the generous donations the left-led state was receiving from across the country and beyond, the far-right ruling BJP and the RSS, started a systematic disinformation campaign, using the BJP IT cell. One of its members, in an audio clip that went viral after it was circulated by the RSS network, claimed that it was mostly rich people who were affected by the floods.

Making false accusations of mis-utilisation of funds, he asked people to not donate to the Chief Minister’s fund. Instead, he urged people to make the donations to “Sewa Bharati” – an RSS-affiliated organisation that has a record of spreading religious hatred, participation in sectarian violence and alleged involvement in child-trafficking scandals.

Even when the rescue operations were still underway, with hundreds of thousands hanging onto their lives, stranded over rooftops of buildings half-submerged in the flood water, a video clip was circulated by the social media handles of the RSS, showing a man in army uniform claiming that the Chief Minister of the state was not allowing the army to carry out rescue operations. The Army later clarified that the person was not an army man, but was posing in army clothes to spread misinformation.

In the face of such malice, by handling the disaster with a commendable efficiency – despite the financial constraints prescribed by the neoliberal regime and imposed by a far-right central government that is determined to actively bleed the left – Kerala, in time of one of its worst crisis, has demonstrated the enormous feats that can be accomplished by a state government which actively encourages and cultivates organisations of students, youth, workers, fishermen and peasants, and has worked to win the trust and solidarity of its grassroots. 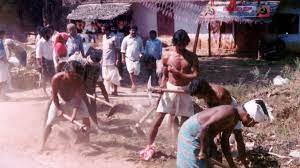 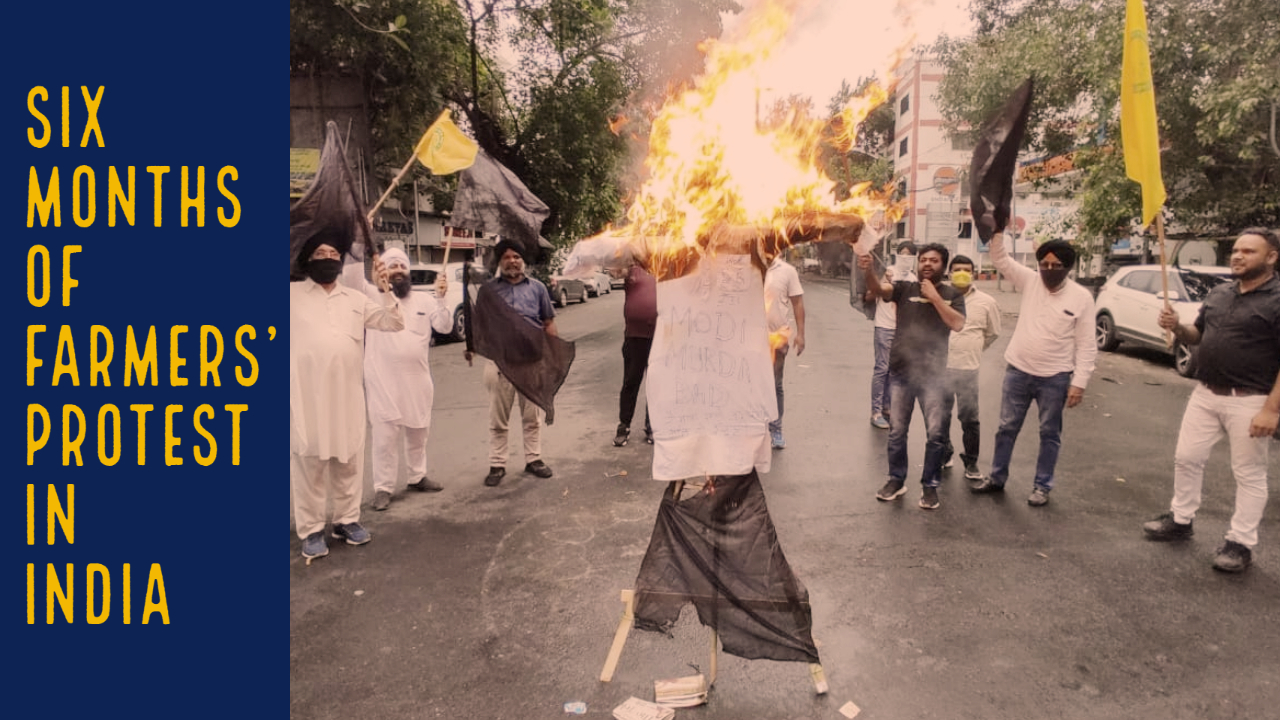