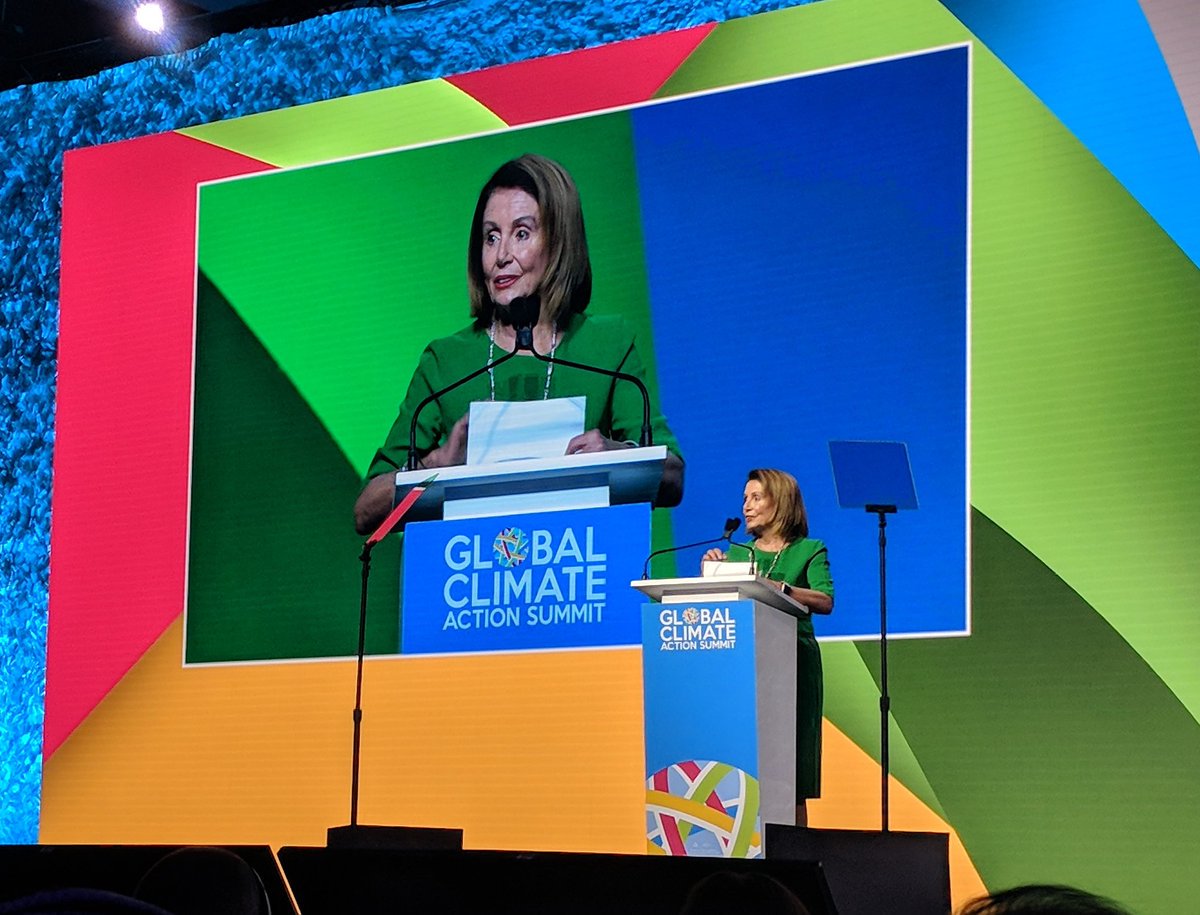 The Democrats have won the House, and former Speaker Nancy Pelosi has announced her intent to run again for office. (Photo: Nancy Pelosi/Twitter)

In the United States midterm elections, the “Blue Wave”, ie, a sweep by the Democratic Party (which is associated with the color blue), was not as big as it was projected to be, with several contests called on paper-thin margins, and some yet to be decided. The Democrats secured the House, but could not take the Senate.

Two crucial governor races in Florida and Georgia are yet to be called, a situation made more significant since the Democratic candidates if elected are possibly the first African-American Governors in their respective states. But more important is the question of whether a Blue House is going to make any difference to the President Donald Trump administration’s far right wing direction for the remaining two years of the Presidency.

Who will lead the new Blue House?

Nancy Pelosi, among the most senior leaders of the Democratic Party in the House, and also the former Speaker of the House – the first and as of now the only female Speaker – has announced her candidature for the Speaker’s chair yet again. Unlike in most legislatures, the House Speaker is among the most powerful positions in the United States, as the chair decides the House agendas, appointments to various committees, and can decide on how cooperative the House is with the Presidency. The Speaker’s chair is second only to the Vice-President in the line of succession to the Presidency, if and when the need arises. If Pelosi is elected, it would indicate that the neoliberal status quo of the House will stay, with some bare minimum opposition to the Trump administration. Pelosi has already watered down her confrontational anti-Trump stand and called for a ‘bipartisan’ (a term indicating a consensus among both the Republicans and the Democrats) unity in the House.

This announcement comes along with rumblings within the Democratic Party of going for a fresh face and the possibility of a contest for the Speaker’s post from within the party. 11 re-elected incumbents and 8 newly elected Democratic Representatives to the House have categorically stated that they shall vote against her. This is important considering that Pelosi would need 218 votes in the House to become speaker, but there are only 223 Democrats, making her already short of the votes from her own party. The posturing for bipartisan unity is speculated as her way of seeking votes from Republicans in case she falls short of her party’s unanimous support. Pelosi’s popularity, or the lack of it, will define the direction the Democratic Party, the House of Representatives, and by extension the political direction the nation might take in the time of Trump.

These midterms were not what is known as a wave election. Democratic gains, although significant, were not enough. The Senate is still red (the color of the Republican Party), with the Republicans actually gaining two seats over the Democrats. The same goes for the governorship races. The Democrats won seven states, and have come extremely close to a win in two. The only state Republicans could win this year was Alaska, historically a conservative fortress in the United States. Despite these very notable outcomes, most of the states are still led by Republican Governors.

Nevertheless, the election of the likes of Alexandria Ocasio-Cortez and Lucy McBath, along with Deb Haaland and Sharice David, the first two Indigenous American women, has significant implications for the Democratic Party. All of them are first-timers, stand on uncompromising platforms on issues of gun control, reproductive rights, universal healthcare, and criminal justice reforms, which several career Democratic House leaders have compromised in the past. All have steered far away from corporate donations to their campaign. Apart from Ocasio-Cortez, the rest have not ideologically positioned themselves as democratic socialists, but have advocated on very similar lines that makes them stand apart from the usual Democratic crowd.

Watch out for Georgia and Florida

The two states where the Democrats had a tight competition, trailing behind with less than a percentage, are yet to be called. In Georgia, the contest between Democratic Stacey Abrams and Republican Brian Kemp is very close to a run-off (a second round of election in case of a tie or when neither secures a majority of the votes, ie, 50%). Kemp is currently leading over Abrams with a margin of around 60,000. While there is tremendous pressure on Abrams to concede the election to Kemp, she is pushing for the counting of mailed in, provisional, and absentee ballots, confident that it will be enough to either win her the election or push for a run-off. In the swing state of Florida, Democratic candidate Andrew Gillum trailed by less than half a percentage of votes. While Gillum had earlier conceded when the margin was hovering at over 1%, with a recount process initiated in the light of the margin being less than 0.5%, he has withdrawn his concession and has decided to see through the recount.

The Democratic candidates in both Georgia and Florida are African-Americans and if elected, they could be the first African-American governors of their respective states. And for the first time in the U.S., two African-Americans will be simultaneously elected as governors. Nevertheless, their respective performances are significant in that it reflects a polarizing shift in the narrative of what means to be progressive in these states. This is especially true for Florida, considering the platform on which Gillum contested was unusually progressive for a state that has, by and large, favored a certain variety of conservatism for around two decades.

All in all, it was not a disappointing election season for the Democrats, and in some cases definitely indicates a penetration of uncompromising progressivism into the largely neo-liberal Democratic Party. It still needs to be seen how Georgia final results turn out to be, and if the U.S. will finally have its first African-American woman as Governor. The Speaker’s election will also have an impact, since that in itself has the potential to decide the direction of American politics under Trump.