The Quilombo Campo Grande is a shining example of the power of collective and organized effort. Over 2,000 people earned their livelihoods from the land, in addition to protecting its diversity.

In 1998, 450 landless families occupied land belonging to the Ariadnópolis mill in the city of Campo do Meio in southern Minas Gerais, Brazil. Back then, the area was owned by Companhia Agropecuária Irmãos Azevedo (CAPIA), which was R$ 300 million (roughly US$80 million) in debt, and later went bankrupt, facing closure in 1996.

As time passed, the four thousand hectares (roughly 10,000 acres), where only sugarcane used to be cultivated, saw many more crops being grown. The land also became a source of livelihood for around 2,000 people.

They called the camp Quilombo Campo Grande. The camp is home to one of the largest  coffee cooperatives in the state: Guaií. The co-op produces 510 metric tons of coffee a year – nearly 8,500 coffee sacks – as well as 55,000 sacks of corn and 8,000 sacks of bean. In addition to that, 40 hectares (nearly 100 acres) are dedicated to a garden where they grow vegetables to feed the families who live in the camp and local communities. The camp also has 60,000 fruit trees and more than 60,000 native trees.

Over the years, the families worked hard to build houses with no support from the government. For decades, they organized and worked the land, mounting a resistance in a territory the State considers a bankruptcy estate.

Now, all the social change brought about in Campo do Meio is under threat. On Wednesday, November 7, a court in the judicial district of Campos Gerais ordered the repossession of the land and the eviction of the families who live there. Apparently, all the victories achieved during the years of democracy in Brazil have not actually become concrete: the laws of the land do not serve to benefit the landless.

In 2015, State Decree No. 365 approved the expropriation of 3,195 hectares (7,895 acres) of the debtor, Ariadnópolis Mill, and the payment of R$66 million (approximately US$17.5 million) to its owner, CAPIA. This was in accordance with Article 184 of Brazil’s constitution, which allows for expropriation, in the public interest, of rural land that is not fulfilling the social function of property for agrarian reform. Two months ago, the families who live in Quilombo Campo Grande, negotiated an agreement in which the State made a commitment to pay the money in five installments.

However, the company’s shareholders, supported by local big landowners and rural caucus, refused to accept the deal. They approached a court against the Minas Gerais state government, seeking the overturning of the decree even though it had been upheld in two different trials.

These forces approached the court, seeking an injunction for the eviction of the occupants. The appeal for the injunction had been filed in 2012 but was not granted by the Supreme Court at the time, but was not dismissed either. This week, Walter Zwicker Esbaille Junior , an assistant judge, who was substituting for his senior at a rural court in Minas Gerais, took up the case with surprising haste. He ruled that the landless workers had until November 14 to vacate the area and authorized the Minas Gerais state military police to enforce the decision. In delivering the verdict, the judge completely disregarded Article 184.

A lawyer and coordinator of the human rights organization, Terra de Direitos, Darci Frigo argued that, by ordering the eviction, the court had also disregarded Resolution No. 10 of the National Human Rights Council that was passed on October 17, 2018. The resolution established solutions to guarantee rights and provisional remedies in cases of collective rural and urban conflicts.

“The resolution aims to guide authorities and public institutions that handle cases of collective conflicts regarding possession [of land]. They are measures that must be adopted so that a group is not violated,” Frigo said. The lawyer argued that the judge, who is bound to abide by this resolution, had to adopt and consider a series of measures to reach agreements that fulfilled the social function of the property, as established in the constitution.

Frigo pointed out the nation-state developed over the last centuries was unable to enforce the law established in the constitution, which, in Brazil’s case, is to guarantee fundamental rights like citizenship and human dignity – rights that are being denied to the families in this process.

Brazil is also a signatory to several international treaties, such as the International Covenant on Economic, Social, and Cultural Rights adopted by the 21st Session of the General Assembly of the United Nations on December 19th, 1966. This covenant mandates its members to work towards granting economic, social, and cultural rights to their citizens, including the right to work, health, education, and decent living.

“The question is: is this right being granted and respected in the case of the Quilombo Campo Grande occupation? The government must lead a peaceful, definitive resolution for the conflicts, giving precedence to maintaining vulnerable groups in the areas where they live and [which they] claim. The eviction is not inevitable. Actually, the State found a legal solution for the case when it issued the decree for public interest purposes. What happened was that anti-agrarian reform political forces – whether big estate owners or ideological forces – found grounds in the court system to put the right to property before human rights,” the jurist warned.

What Brazil advocates as a state by signing human rights resolutions is that the rights of this group must come before the right to property. The social function of this territory will only be truly fulfilled when the families are settled in the area. The judges responsible for the case must consider these factors so that their decision is based on higher interests to fulfill Brazil’s responsibility to human rights.

The MST is appealing the court’s decision and the families have reiterated their commitment to keep struggling and resisting yet another attack by a project that has been elected in Brazil, a project which aims to increasingly use all State apparatus to criminalize and further segregate the landless people. 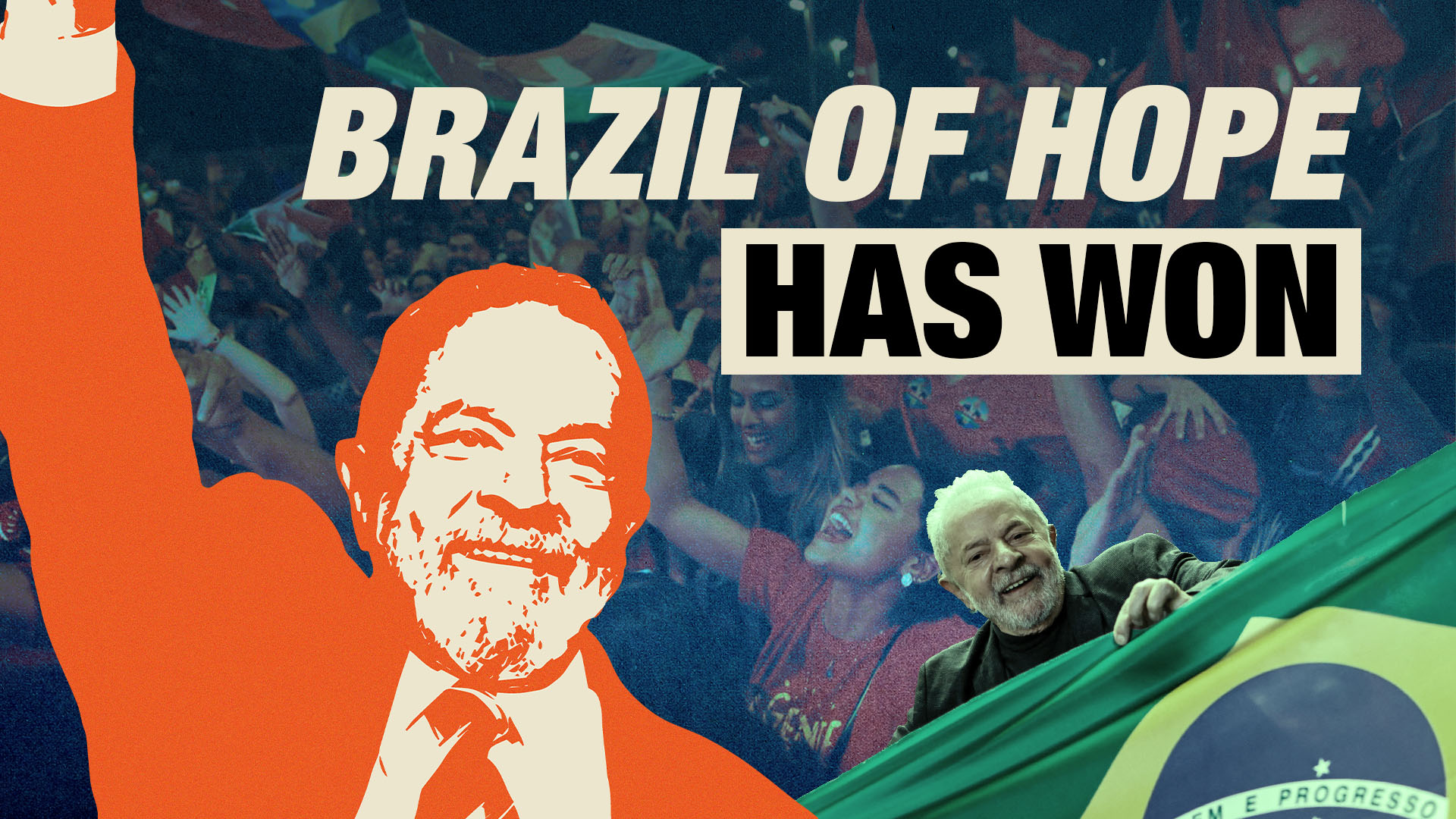