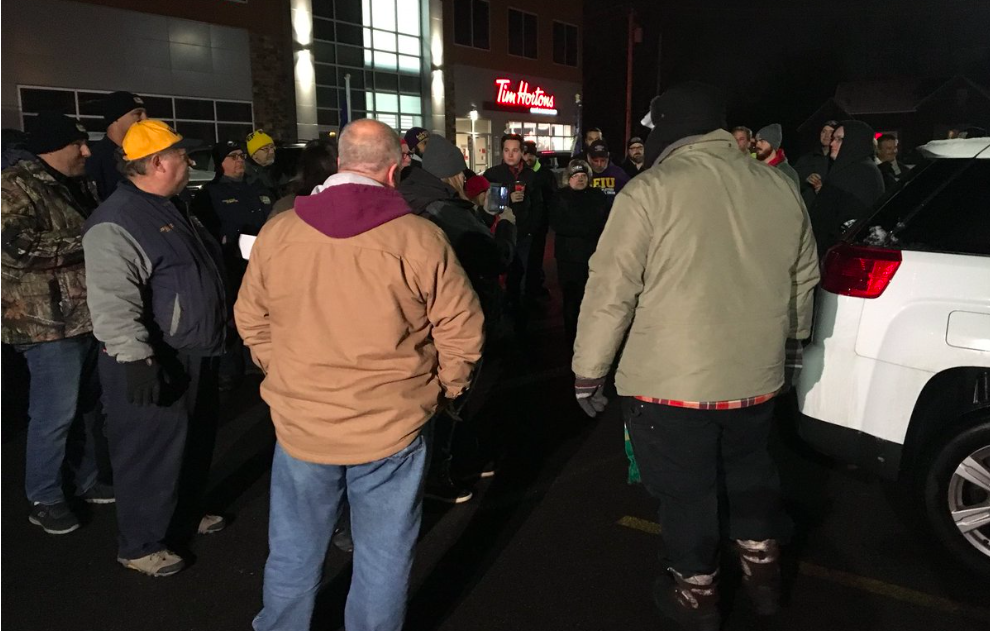 On December 13, 2018, dozens of workers at Tesla’s Gigafactory 2 in Buffalo, New York, handed out information leaflets calling on workers to organize for union rights at the factory. This marked the beginning of a campaign to form a union in the solar panel manufacturing plant. The push for unionization has brought renewed attention to work conditions in Tesla’s manufacturing units across United States. It has been reported that the pro-union workers have already formed an organising committee with the help of major unions like the International Brotherhood of Electrical Workers (IBEW) and United Steelworkers (USW).

The demand for a union in Buffalo has brought back attention to Tesla’s history of undermining workers’ rights and safety. Earlier this year, various reports emerged citing the abuse of workers as well as several shortcomings in the working conditions in the 10,000 employees-large automobile producing Tesla Factory in Fremont, California. The reports also stated that the factory workers were overworked, but received only the bare minimum pay required by law.

A reported spill of molten metal on three workers prompted an investigation by relevant authorities. Several incidents of severe safety lapses were brought to light as a result. Tesla was also in the news over reports of almost dictatorial policing of workers, especially with regard to the workers’ attempts to talk to journalists and to unionise, as well as over periodic, arguably invasive, drug-testing of employees.

These incidents pushed for a reconsideration of the United States’ policies on renewables and environment, which allow the government to invest heavily in companies like Tesla having questionable records of respecting workers’ rights. Advocacy groups and groups like the United Auto Workers (UAW) also provided some external push to unionise workers in the Fremont factory. We have previously reported on the matter in detail, here.

While the situation in Buffalo is not similar to that in Fremont in terms of abuse, a certain indifference towards the workers’ demands is quite apparent. A Tesla spokesperson told the media that the company at Buffalo is paying its employees 16.20 USD per hour, along with some stock options, which, apparently, is higher in the relative scale. The workers, on the other hand, argued that the company is nowhere close to compensating for the generous subsidies it receives from the tax-payers’ money.

A local USW coordinator, Dave Wasiura, told Bloomberg, “They want a fair wage that’s reflective of the state investment that the company received.” While talking to local daily, The Buffalo News, Wasiura explained that the workers are looking for “… job security, a level, fair playing field for all workers, and a chance at a family-sustaining generational job that they know they can achieve through a collective bargaining unit and unionization.”

Gigafactory 2 is run by a Tesla subsidiary, SolarCity, in southern Buffalo. It employs over 800 people and is a major producer of photovoltaic cells for solar panels and roofs. The plant is a part of a policy mandated push for renewables and clean energy in the US. The manufacturing unit was built as part of a stimulus package of 1 billion USD, to rejuvenate industries in the Buffalo region of western New York, which has come to be known as the ‘Buffalo Billion’.

Buffalo is part of the ‘Rust Belt’, a term used to refer to a region in northeastern US that has suffered severe deindustrialization. Gigafactory 2 was built with an investment of 225 million USD from the Buffalo Billion package, to establish a centre for renewable energy manufacturing. In 2014, SolarCity, which was an independent company before merging with Tesla in 2016, acquired the lease of the factory with a plan to eventually generate over 3,000 jobs in the region and a turnover of 5 billion USD annually. The facility started production in 2016 after rakes in subsidies worth 750 million USD from the state. Tesla’s SolarCity only leases the facility, while the ownership still lies with the state of New York.

The facility was previously mired in various controversies including having inflated job promises, cost overruns due to construction delays, and rigging of lease bids. At one point, the US Attorney for Southern District of New York had accused the company of engaging in “pervasive corruption and fraud”. Concerns about the opacity of SolarCity’s and Tesla’s financial health and financial transactions have also been raised.