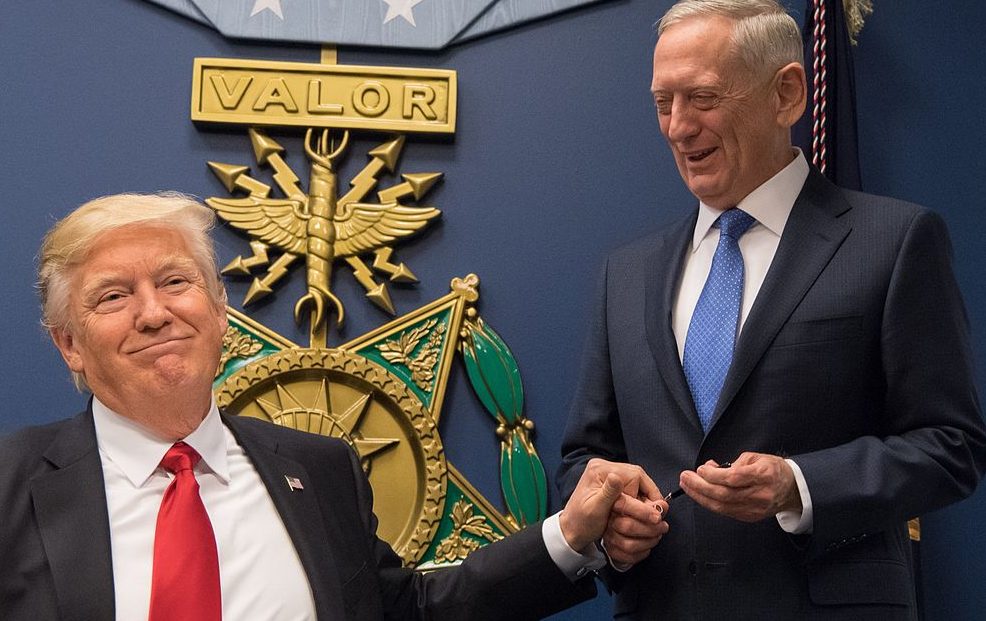 The defense secretary has been known for his hawkish positions on confronting Russia and China.

United States secretary of defense, James Mattis, resigned on Thursday, December 20, a day after Trump announced a surprise withdrawal of US troops from Syria and Afghanistan.

Mattis tendered his resignation to the president in a letter which said that the latter “deserved a secretary of defense whose views are better aligned with yours on these and other subjects”. In the two page letter, Mattis cited the importance he attached to US allies and NATO, which Trump has been deeply sceptical about, terming it useless and obsolete.

Mattis disagreed with Trump on a variety of other issues as well, ranging from the rights of transgender people to serve in the military, the importance of the Iran nuclear deal, the threat of climate change, treatment of refugees, separation of migrant families from their children and the use of waterboarding and other torture techniques.

This week, Trump announced the withdrawal of 2,000 US troops from Syria. Mattis reportedly tried to persuade Trump to reverse the decision, but decided to quit when he failed. Trump has also decided to cut back over half of the 14,000 US troops serving in Afghanistan. In a tweet this week, Trump claimed victory over ISIS, even though the departments of state and defense say the fight against the terrorist group in Syria isn’t over.

According to some of the president’s aides, Trump was scheduled to tell the Turkish president, Recep Tayyip Erdogan, last week that the Turkish troops must not cross into Syria to go after Kurdish fighters. Instead, Trump agreed with Erdogan that ISIS had been defeated and that the US would soon start pulling its troops out of Syria.

The Kurdish forces condemned this move by the US to withdraw troops, saying that it will result in a resurgence of the terror group in Syria and have “dangerous implications for international stability”. Calling Trump’s decision a “blatant betrayal”, the Kurds are likely to redeploy all their units on the Turkish border.

Russian President Vladimir Putin, however, welcomed the move, saying that it was the right decision for the US. He said that the deployment of US troops in Syria was illegal as it was not agreed upon by the Assad government, nor does it have the backing of UN resolutions. He also agreed with the assertion that a serious blow had been inflicted on ISIS. Supporting president Bashar al-Assad and his government, Russia had intervened in the war in Syria in 2015. Mattis had mentioned Russia and China in his letter as being strategic adversaries, maintaining that the US needs to always be resolute and unambiguous in its approach towards them.