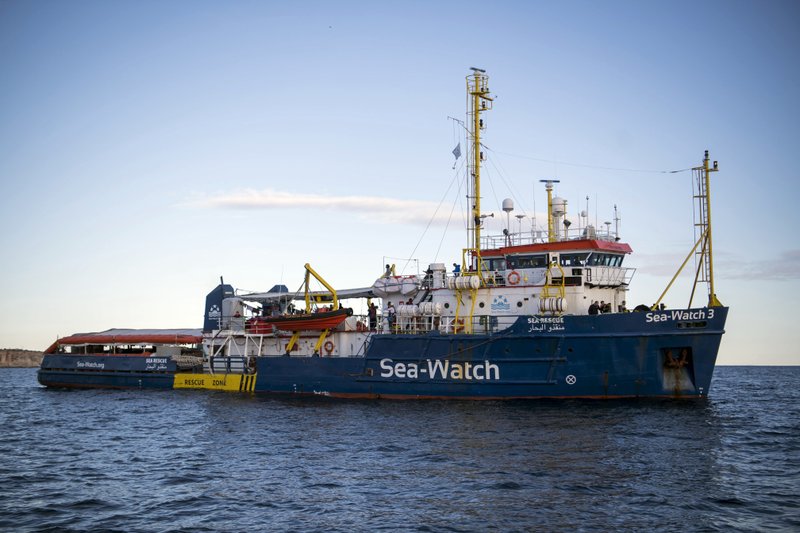 49 refugees were allowed to disembark at Malta after being stranded at sea for almost two weeks.

As many as 49 refugees aboard two rescue ships were allowed to disembark at Malta on Wednesday after the Maltese authorities reached an agreement with the European Union (EU). The migrants who were attempting the perilous Mediterranean crossing from north Africa to Europe were stranded near the Maltese coast for almost two weeks but were denied disembarkment due to a diplomatic deadlock between EU member states over the entry of refugees. The refugees were finally transferred from the rescue ships Sea-Watch 3 and Albrecht Penck to Maltese coastguard vessels and brought to the coast.

The prime minister of Malta, Joseph Muscat, was quick to declare that the reception of the refugees should not be taken as a precedent and that Malta had made arrangements to transfer most of the refugees to different European countries.

Meanwhile, global charity network, Oxfam, released a report on January 9, which said that “Greece and its EU partners are failing pregnant women, unaccompanied children, victims of torture or sexual violence and other vulnerable people who seek protection in Europe. These people are being put at risk by flawed processes and chronic understaffing in EU ‘hotspot’ camps on the Greek islands. They do not receive adequate support from the authorities that are legally responsible for protecting them and are being abandoned in overcrowded camps in squalid conditions. Many people live in unheated tents and do not have sufficient access to washing facilities and toilets, and winter is only making their situation worse.” Oxfam has been working in Lesvos, Greece, since 2015. The island of Lesvos in the north Aegean region has three transit camps and the Moria immigrant detention centre.

A 36-year-old woman from Cameroon who lives in the Moria camp told Oxfam that “Moria is a dangerous place for women. Fights can start at any moment. At any moment you can expect a stone to your head, even if you’re just walking to the toilet or to your tent. […] I live in the closed section for women who are alone, but after 11pm the door is open, and anyone can come in because there is no security guard at night. Safety is a big issue for us.”

Sonia Andreu, manager at the ‘Bashira Centre’ for migrant women in Lesvos, said, “I see Moria as hell. I know women who gave birth, they had a C-section delivery and after four days they were returned to Moria with their newborn babies. They have to recover under dirty, unhealthy conditions.”

Another refugee said, “now, winter is coming, and weather conditions are worsening. It is raining a lot. Everything gets wet – clothes, blankets, the few things people have. That is how they sleep at night: under wet blankets and in a tent that could collapse at any moment.”

A 31-year-old man from Ivory Coast with medical conditions, also living in the Moria camp, stated, “I am almost blind in my left eye, I have problems with my kidney and my knee. That’s why the doctor gave me a paper saying that the authorities must allow me to go to Athens for medical treatment. But that was five months ago, and my transfer has still not been arranged.”

In Greece, the refugee camps have been set up to mainly host refugees from Syria, Iran and Afghanistan. Camps are located in  various parts of Greece, including Epirus, Central Macedonia, Eastern Macedonia, Thrace, Western Greece, Central Greece, Thessalia, Attica as well as the North and South Aegean regions.