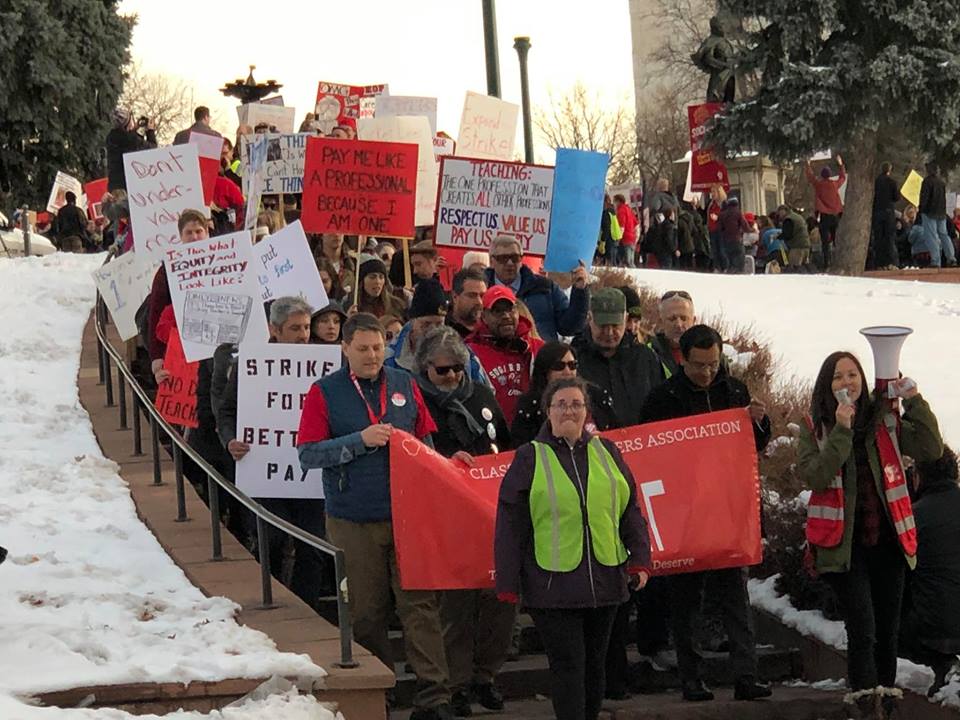 The action by the teachers of Denver is part of a countrywide surge of educators' protests.

The main demand of the teachers is an increase in base pay, including lessening teachers’ reliance on one-time bonuses for things such as having students with high test scores or working at a high-poverty school. They also want to earn more for continuing their education.

Last week, DCTA voted for strike action to demand fair wages. The DCTA represents about two-thirds of DPS’ 5,600 educators. The union negotiated with the district for 14 months to overhaul the compensation system, which they claimed was directly linked to the city’s teacher turnover rate. But DPS authorities invited the State to intervene in the negotiations. In the wake of this development, the strike, which was scheduled to begin on Monday, has been delayed till further intimation from the State’s Department of Labour.

According to reports, the DCTA agreed for discussions with the DPS officials on January 31.

Over the past year, teachers in many States in the US have gone on strike, seeking better pay, more funds for education and better amenities at schools. Strikes have taken place in West Virginia, Oklahoma, Kentucky, Arizona and Washington, among others. Earlier this month, the teachers of Los Angeles went on strike and won a victory when the district education authority agreed for a 6% wage hike.