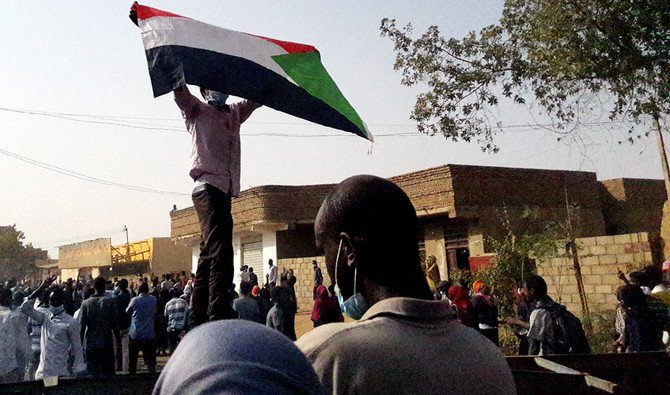 As protests have surged, there have been repeated calls on president Omar al-Bashir to step down.

Sudan witnessed more mass demonstrations this week after a school teacher, along with a number of others, died in detention while being tortured. In districts of the capital city of Khartoum, security forces fired tear gas and charged protesters with batons as hundreds of youth scrambled on the street to set up makeshift barricades to block the vehicles of security forces and police.

Massive protests have been going on in the country since December 19, 2018 against the rule of Omar al-Bashir, who became president after a military coup 30 years ago.

In the eastern state of Kassala, from where the teacher, Ahmed El Kheir, was arrested, faculty from primary and secondary schools marched to the ministry of education, and stood in silence for 50 minutes before the building.

Another set of teachers gathered before the Kassala Courts Complex, protesting with placards carrying El Kheir’s picture and raising banners which read ““All of us are Ahmed,” Radio Dabanga reported.

Ahmed El Kheir was arrested on January 31 from his residence in the town of Khashm El Girba by the notorious National Intelligence and Security Service (NISS), which, since the beginning of the Sudanese uprising, has been working round the clock to break up mass demonstrations. These demonstrations have seen mass participation by teachers, doctors, lawyers and other professionals, among others.

NISS, which had previously made the false claim of having released all those arrested in the course of the protests, detained dozens more last week. The security agency has also banned the printing of a number of daily newspapers, and arrested many journalists who remain in detention over unstated charges.

On February 2, even as protests continued to rock multiple States across Sudan, Mohamed Hassan Yassen, who heads the security committee of Kassala state, announced that the teacher NISS had detained two days before had died after he fell sick during interrogation.

Upon receiving his body, his family noted marks of torture all over his body. “The hands, the stomach, the back, the kidneys, and the anus showed signs of bruising,” his brother reportedly said. His sister told El Arabiya about signs of sexual assault on his body. Three others who had been transferred to the same detention centre where he was held are currently hospitalized after serious injuries, according to sources cited by Sudan Tribune.

When the teacher’s body was laid to rest the same day, hundreds marched along for his burial, calling him a martyr and shouting slogans, calling on all Sudanese people to stand up to al-Bashir.

The following day, when striking doctors, pharmacists, teachers, lawyers and even displaced refugees in the war-torn Darfur region came out on to the streets protesting in ever larger numbers, the Alliance of 2020, an umbrella organization of various political parties which had been sharing power in the government, called on al-Bashir to not contest in the next election in 2020. The organization also launched an initiative against the planned amendment to the constitution to allow al-Bashir to contest for presidency for the third term.