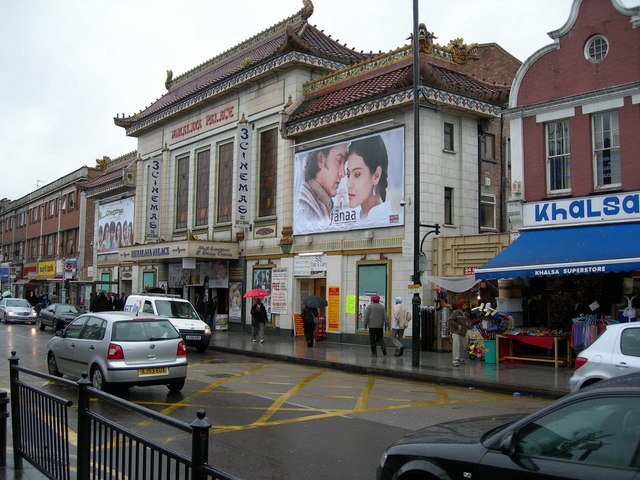 There has been a rising threat to public spaces even since the implementation of neo-liberal policies.

‘Urban commons’ quintessentially are cultural and natural resources accessible to all members of a society, such as air, water and a habitable earth. If one thinks that in the neo-liberal order of things, it is just India or the developing world where the policy direction is to privatize ‘urban commons’, then a visit to the Global North would change such an opinion.

The Southall Town Hall in West London, which offers services to a diverse community after the Southall municipality was amalgamated with the Borough in the late 1950s, was offered for sale. The buyer was none other than the Vishwa Hindu Parishad (VHP), an extreme Hindu right-wing organisation. The seller, of course, was the municipality, and the resisters were the people led by the Southall Community Alliance. Mahender Pal, a member of the Indian Workers’ Association (IWA),  an almost 80-year-old organization responsible for raising the voices of Indian immigrants, fought the case in court and has been able to hold back the sale. Before the town hall, the Southall Police Station was sold.

There is hardly any common space available in the city for the different communities to interact or work together. Southall Town Hall provides such a space. The ‘urban commons’ do not just restrict ownership of common property but also promote community participation in governance of resources. Unlike the neo-liberal definition of governance through user charges and privatization of resources,  ‘urban commons’ advocates heightened democracy.

The Southall Community Alliance (SCA) is an umbrella of over 100 voluntary organizations, inter-faith groups and other such representatives, all so essential in a space that was mired with racist incidents just a few decades ago. Harsev Bains, an IWA leader, has been the chairperson of SCA since 1983, two years after its formation in 1981. SCA holds annual elections for the chairperson and executive body.

According to Bains, the alliance provides  a voice to the community, especially the marginalized. Urban spaces lack such linkages, especially with the nuclear family system in countries such as the United Kingdom. Bains describes this as part of the ‘urban commons’, which inculcate a sense of unity among people hailing from different origins and different parts of the world, professing various religions.

There is a continuous threat to these urban common spaces. The ‘ruling order of the day’ does not intend to promote such spaces and intends to break the unity of people so that they go back into their faith groups instead of coming together in such alliances, which are inter-faith.

This (the role of the state apparatus) is a serious challenge in the urban realm being faced by progressive groups. How can integration take place in such an environment, said Bain, adding that the barriers need to be broken down for reclaiming ‘urban commons’. If people go back to their faith groups, it increases the tensions between communities and seeds of newer forms of racism get sown. In Derbyshire, the sprouting of many groups of native communities with their own narrow agendas is a pointer to such developments.

The SCA has an interesting evolution. It evolved out of struggles against fascists in the region. It was formed in 1981 after the famous crackdown of 1979 in which hundreds of people were arrested and Blair Peach, an activist from New Zealand who had come to express his solidarity for people’s unity against the fascists, was killed by the police. The fascists emerged during that period and the government, instead of containing them, suppressed the voice of the people of Southall. People representing different faith groups, mainly immigrants, fought bravely and articulated the unification of their community actions through the formation of this ‘alliance’.

The issues that the SCA raises are not just related to the psychological problems of the people but also about civic amenities. The neo-liberal form of governance in the UK is forcing the closure of many facilities provided in the past to young people. Their playgrounds are being handed over to builders for construction of houses. The SAC has fought against such moves and was able to save some ‘urban commons’.

Bains said the Victorians built the infrastructure which is now being sold by the present regimes. The libraries were offered for sale, but were prevented by SCA’s initiative  and handed back to the community. Then, there was closure of a local hospital which was resisted and restored back to the people.

The Alliance also advocates issues related to environment and mobility in the city. The focus is on electric mobility by raising demands for more charging points and easy access to public transport.

The Heathrow third runaway is to be constructed, which will severely affect the environment, say environment groups. Heathrow, being very close to Southall, is an issue that is under discussion within the alliance. Though there is also a counter argument that the third runway would create nearly 75,000 jobs.

One of the newer challenges that cities in England face is the outcome of Brexit. There is simmering feeling, even in some Asian groups against migrants, with some Asian leaders openly becoming victims of the propaganda of Islamophobia. They forget that they, too, came to the UK as immigrants. The racists are coming out openly and aggressively. They hold demonstrations advocating Brexit and simultaneously spewing venom against the migrant population.

Hence, ‘urban commons’ are not just about preventing the privatization of the town hall but about the means to govern collectively, which is facing a threat in the present circumstances.

The writer is the former deputy mayor of the city of Shimla in India, and is currently visiting the United Kingdom. The article first appeared on Newsclick.