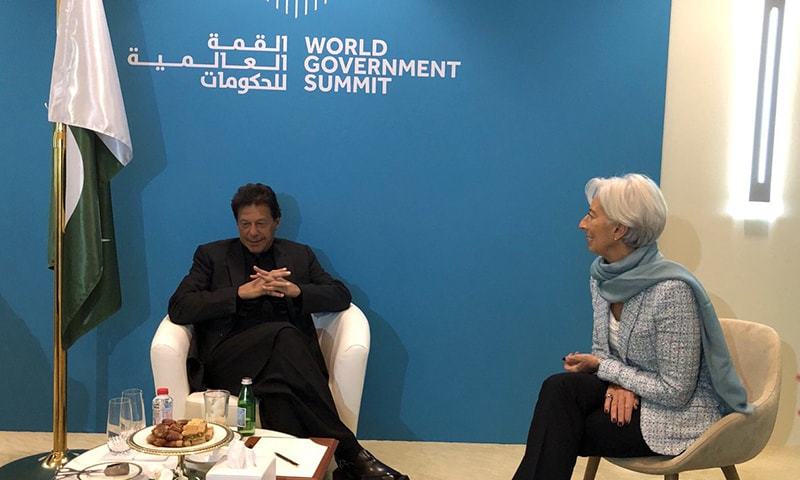 IMF has, during the negotiations, insisted that Pakistan take “decisive steps” and implement the agreed conditionalities of the previous bailout of 2013

On February 9, the Imran Khan government formed a new team to continue negotiations for a loan as the state is strapped of cash. The government began their negotiations in September 2018, barely a month after taking office. After 6 years, Pakistan has yet again ended up at the doors of the International Monetary Fund (IMF) for what could be the 13th bailout since the late 1980s. Pakistani economy has witnessed periodic bouts of bankruptcy over the past three decades, whereby the state treasury becomes bankrupt every four to five years, despite the expansion of the economy seven times its size in the same time.

While agreeing on record to ‘support’ Pakistan, the IMF has some reservations against making a loan deal with Pakistan. A few observers suggested that one reason might be the new prime minister Imran Khan’s use of an openly anti-IMF platform during his election campaign. At one point, he even stated that he would rather commit suicide than strike deal with them. But it is quite routine for IMF to strike deals with those who have railed against it, as long as such rhetorics are limited to gaining only political and electoral mileage.

The primary cause of concern for the IMF would be the failure of the previous governments in fully undertaking structural adjustments that they have been pushing for over the last three decades. The IMF wants assurances that the conditionalities of any loan agreement will be delivered and not withheld under populist pressures. The conditions of the previous bailout package of around USD 6.6 billion, signed by the Nawaz Sharif government, are yet to be fulfilled. Some of these conditions include expanding their tax base and privatizing several public companies that are running under losses, including the country’s railways.

It is expected that the IMF will push for the same conditions this time as well. In fact, the managing director, Christine Lagarde, met with Khan to negotiate a deal, she insisted that the government take “decisive steps”. This, in turn, has led to Pakistan looking elsewhere for help, including Saudi Arabia, UAE and China, to secure aid or loan that does not demand for structural readjustments of the economy. This could imply compromises on their foreign policy to avoid another neoliberal arm-twisting, that will force them to sell off their public assets.

But the concerns are much bigger than the government running out of cash. Speaking to Peoples Dispatch, Taimur Rahman of the Communist Mazdoor Kissan Party, who is also a political economist teaching at the Lahore University of Management Sciences, blamed the ruling classes for Pakistan’s dismal conditions. While making a comparison to its larger neighbour, Rahman pointed out that “the ruling class of Pakistan, unlike their Indian counterparts, have always splurged on luxury products and the military”. One of the biggest sources of drain, for instance, is the gold imports made in Pakistan. In the past decade, gold imports have consistently increased at a rate upwards of 20%, except in 2017. According to a 2013 news report in the Express Tribune, gold imports in the financial year 2012-2013 pushed the country’s foreign exchange reserves to dwindle from 10% of the national GDP to around 7%. Imports, in general, have driven the widening fiscal deficit, which is estimated to go beyond the recommended 5% of the national GDP and peak at over 6% in 2019. Imports have also caused the current account deficit to expand from around 11% in 2012-13 to 15% in 2017-2018.

Many analysts and observers have pointed to the military splurge for years. Anywhere between two-fifths and a quarter of the national budget goes into the Pakistani military. This is very unhealthy for a lower middle income economy, with a largely impoverished population. The IMF has also insisted on bringing down the military spendings to stabilize the nation’s fiscal conditions.

But this is largely an outcome of the Pakistani political landscape, where democratically elected governments rule, but the military continues to wield significant influence. The share of military expenditure has been maintained to keep it from revolting against the government, often under the guise of maintaining an elusive parity with the military capabilities of the neighbouring India. Since the Khan government, unlike the previous post-Musharaf governments, is seen to be quite cordial with the military, it is very unlikely for such lavish expenditures to come down any time soon. This government’s first budget in 2018 had put the share of military expenditure at around 20%.

Moreover, with loans piling up every year, debt servicing becomes another factor that eats up much of the budget, around 28%. It puts Pakistan in a constant debt trap, since often the government loans money to pay off the existing debt services, emptying its treasury much faster.

“There is no money, because the government spends it on the military imports and debt servicing,” said Rahman. According to him, “there is very little investments in social sectors like education and healthcare. But the IMF is pushing for reduction in public expenditure, which is impossible in the military and debt payments, and can only be done in the social sectors”.

Talking about the IMF’s complaint regarding the previous governments’ supposed unwillingness to privatize public enterprises, he stated that “the governments, including the current one, are on board with the neoliberal agenda of selling off public assets. In fact, the military was used to suppress (anti-privatization) protests when they privatized the PTCL (Pakistan Telecommunications Limited),” referring to the 2006 drive of the Parvez Musharaf-controlled military government’s act of selling of 38% of the PTCL to the Emirati company, Etisalat, and other private groups. It must be noted that Etisalat, who bought 26% of the shares then, owes the government USD 800 million in dues which are yet to be paid.

“The reason privatization is not happening is not because of workers’ protests, which of course is present, but because these are sectors in which there will be no private player who are ready to invest,” Rahman added. He gave the example of the Pakistan Railways, that is barely updated in terms of its infrastructure, and has been running under losses for decades, but is too big to be privatized. The operations will be costly, and the gestation period too long, for private investments to be able to handle it. Any attempts at hiking ticket fares or cutting down on the employees will actually reduce the accessibility and quality of the services, bringing down revenues even further. The case of the Pakistan International Airlines is similar. It is another loss-making public sector company which is being sought to be privatized by the IMF.

Rahman also pointed to the fact that the government is unwilling to revise the taxation system. Accordingly, the current rate of taxes on large landlords and private corporations is much smaller in scale, compared to that on the ever-shrinking middle class of the nation, due to various exemptions on taxes on agricultural lands, inheritance, import of goods, etc. Rahman stressed that while there are no direct taxes on incomes, there is “regressive taxation” on the nation’s masses, including the middle classes, through taxes on goods and services that the people consume.

A progressive taxation regime, in that sense, is not even on the horizon. Neither are reductions in the military spending or in the taxes on luxury imports made by the rich. Even at this juncture of near-crisis, the state of affairs will seemingly remain gloomy, even if the government manages to acquire a bailout or an aid from its richer allies. Rahman summarized the situation quite well when he said that “the things that need to be done, are not done, because of the class character of the government. The same ruling elites, be it from the military, the corporates or the land-owning gentry, are the ones who sit in the government as well.”