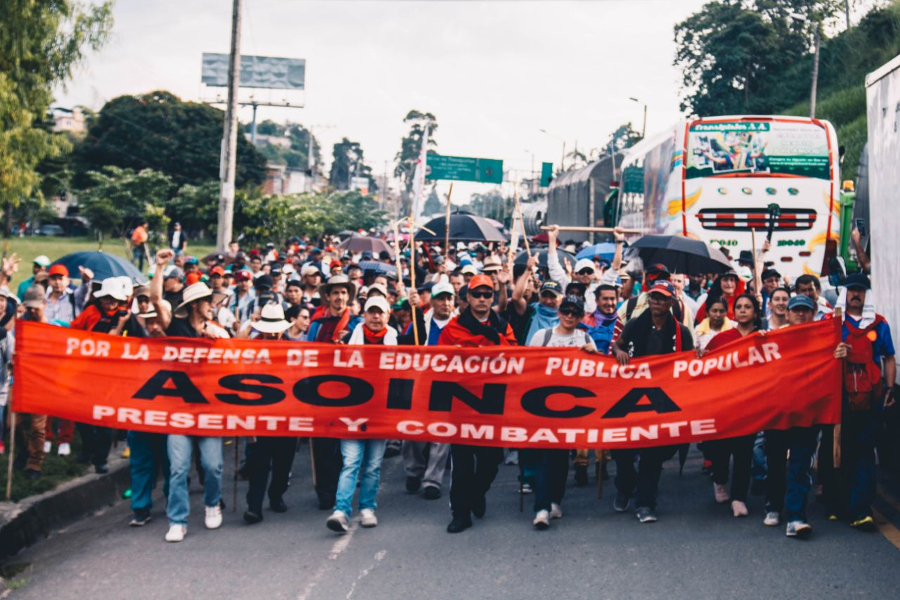 Association of Educational Workers of Cauca (ASOINCA) is one of the forces behind the regional strike in Cauca. Photo: Colombia Informa

Since February 25, over 42,000 peasants and teachers are on strike in the Cauca department of Colombia. The indefinite regional strike was called by the Human Rights Board for the Defense of Life and Territory, an organizational board comprising of the Association of Peasants of Colombia (ANUC), the Association of Educational Institutes and Workers of Cauca (ASOINCA) and social movements, such as the Congreso de los Pueblos and the Hogar Digno Hogar association.

Since the beginning of the protest, several incidences of repression by the Mobile Anti-disturbance Squadron (ESMAD), a special national police unit, have been registered. Dozens have been injured and many arrested. On March 6, the ESMAD tried to repress the protesting crowd with tear gas and stun grenades, injuring several people in the Cajibio and Cairo towns of Cauca department. Earlier on February 28, several suffered injuries and four were arrested in the town of Popayan, when ESMAD officials tried to clear the Pan-American Highway, which was blocked by the demonstrators. Then also, the ESMAD used forceful measures and tear gas to scatter the protesters and a peasant associated with the ANUC was severely injured in face.

The protesters are seeking dialogue with the national government of president Iván Duque, to demand the compliance with agreements signed by the state in 2013 concerning education, health, housing and land for all. Some of their other demands include respect for the environment, recognition of peasants as legal subjects, protection of social and peasant leaders and implementation of the agreements with the Revolutionary Armed Forces of Colombia (FARC).

The government of Juan Manuel Santos (2010-2018) reached several agreements with the Cauca people, such as, construction of 700 rural homes, investment of USD 280 billion to allocate land to the peasants, implementation of alternative productive projects, etc. After 11 days of regional strike, the present government still has not shown the will to establish a negotiation table with guarantees of concrete solutions to the community. It seems that violence is the government’s only response to the communities in Cauca.

The Regional Indigenous Council of Cauca (CRIC), has called for another demonstration on the Pan-American Highway on March 10, which will gather around 12,000 indigenous people. It has also sent a letter to the president and invited him to attend a meeting with them on March 12 in the Caldono town of Cauca. 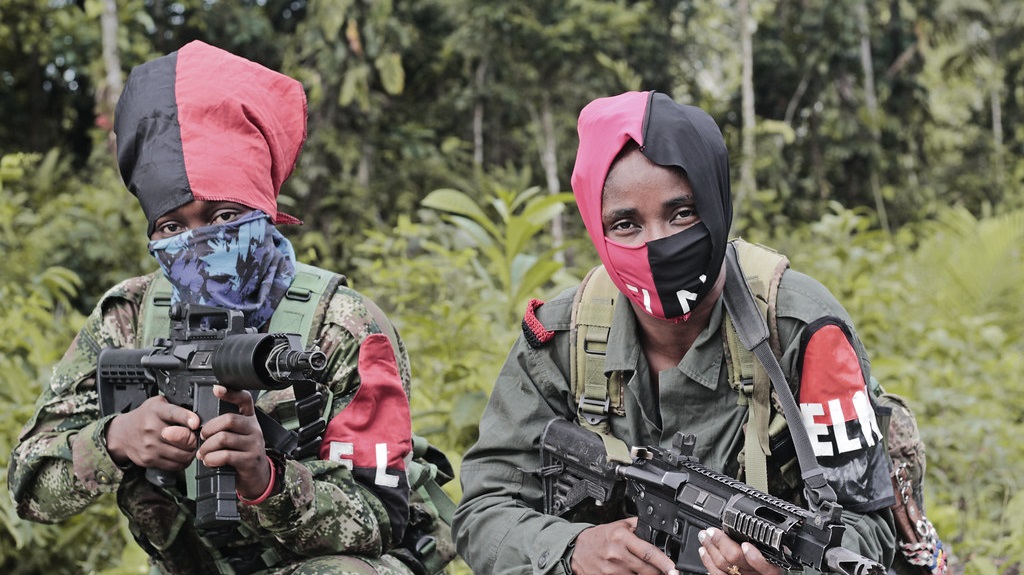