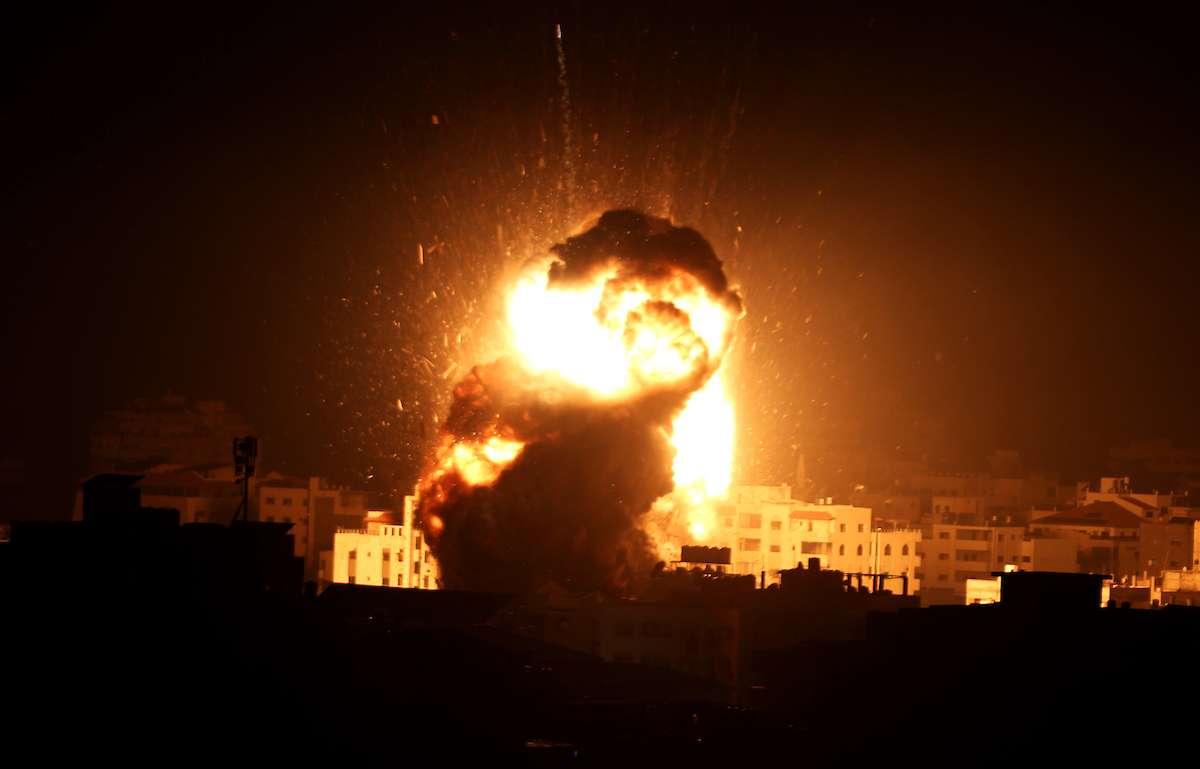 A ball of fire is seen, following an Israeli airstrike on Gaza, on a building believed to house the offices of Hamas chief, Ismail Haniyeh.

Amid the disputed reports over a ceasefire between Israel and Gaza-based Hamas group, Israeli occupation forces were seen en-massing tanks and troops at the border. On Tuesday night and Wednesday morning, Israeli forces conducted a series of airstrikes and attacks on various parts of Gaza, including Khan Younis and Rafah.

This move, aiming at further military escalations ahead of the Israeli general elections, comes after the Israeli air force fighter jets and drones conducted airstrikes across targets in Gaza on Monday night. One Palestinian was killed and six injured as a result of bombing.

Residents in the northern part of Gaza reported hearing explosions. There were also reports of airstrikes landing in an agricultural area east of Khan Younis in southern Gaza. Hospitals in Gaza were put on high alert.

The Israeli forces claimed that the airstrike was a “retaliation”, conducted hours after explosive projectiles and incendiary balloons were launched from Gaza by “the Palestinian resistance group Hamas”. On Monday, a rocket had struck a home in central Israel, north of Tel Aviv, injuring seven Israeli civilians. The Palestinian group Hamas rejected the accusation in a statement. According to sources, Israel has been using such claims to justify its brutal blockade and occupation using military force.

Besides the airstrikes, the Israelis have also resorted to reducing the fishing zone off Gaza’s coast, have put restrictions on Palestinian fishing activity, as well as closed the crucial Karm Abu Salem crossing and Beit Hanoun crossing. The crossings were used for trade and sending humanitarian aid. The Israeli army also dispatched two army brigades, approximately 1,000 soldiers, to the border with Gaza and called up reservists from the Israeli air force, telling them to be prepared to “go on war duty” in case of a significant escalation.

Meanwhile, a delegation from Egypt will arrive at the Gaza strip on Wednesday to work on ceasefire, as Israel continues its violent aggression. Israel is said to have put forward the condition of ending the planned Friday march as part of the Great March of Return campaign. This Friday marks one year anniversary of the campaign, which saw weekly protests by Palestinians at Gaza border against the brutal siege of Gaza and the Israeli occupation of Palestine.

Hundreds of Palestinians have been killed by Israeli forces since the beginning of the protests, including children, women, paramedics and journalists. More than 4,000 people have been injured, many with life-changing injuries, including amputation. A recent United Nations-led report has noted that Israel has possibly committed crimes against humanity during its response to the Great March of Return campaign.

The violent siege of Gaza, along with the Israeli bombing and the military response to the Great March of Return protests, has created a situation of humanitarian catastrophe. Hospitals are under severe constraints due to lack of medical supplies and electricity, as Israel continues to block supplies and fuel coming into Gaza. Critical infrastructures like sewage and water have also been destroyed due to Israeli actions. 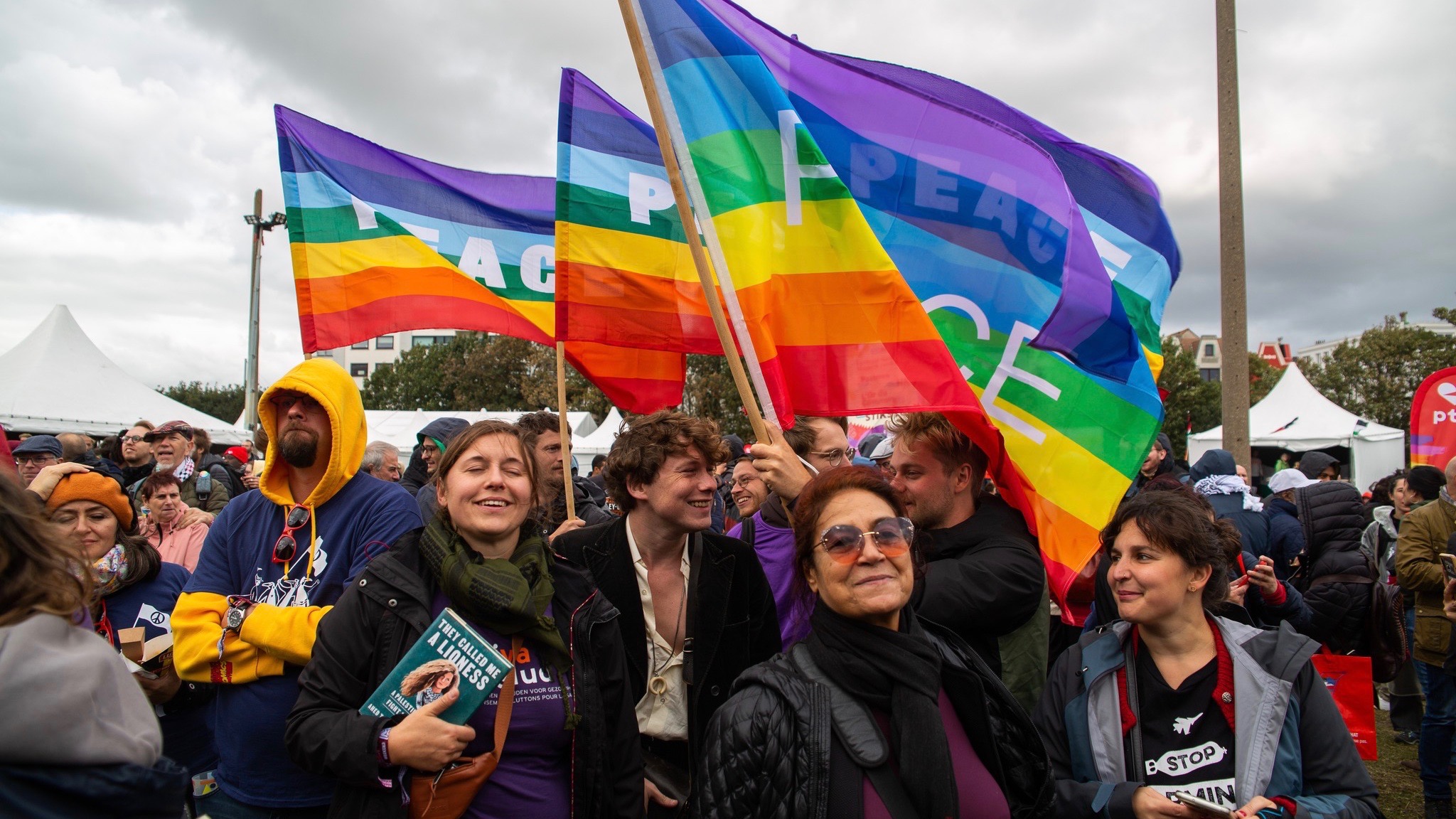