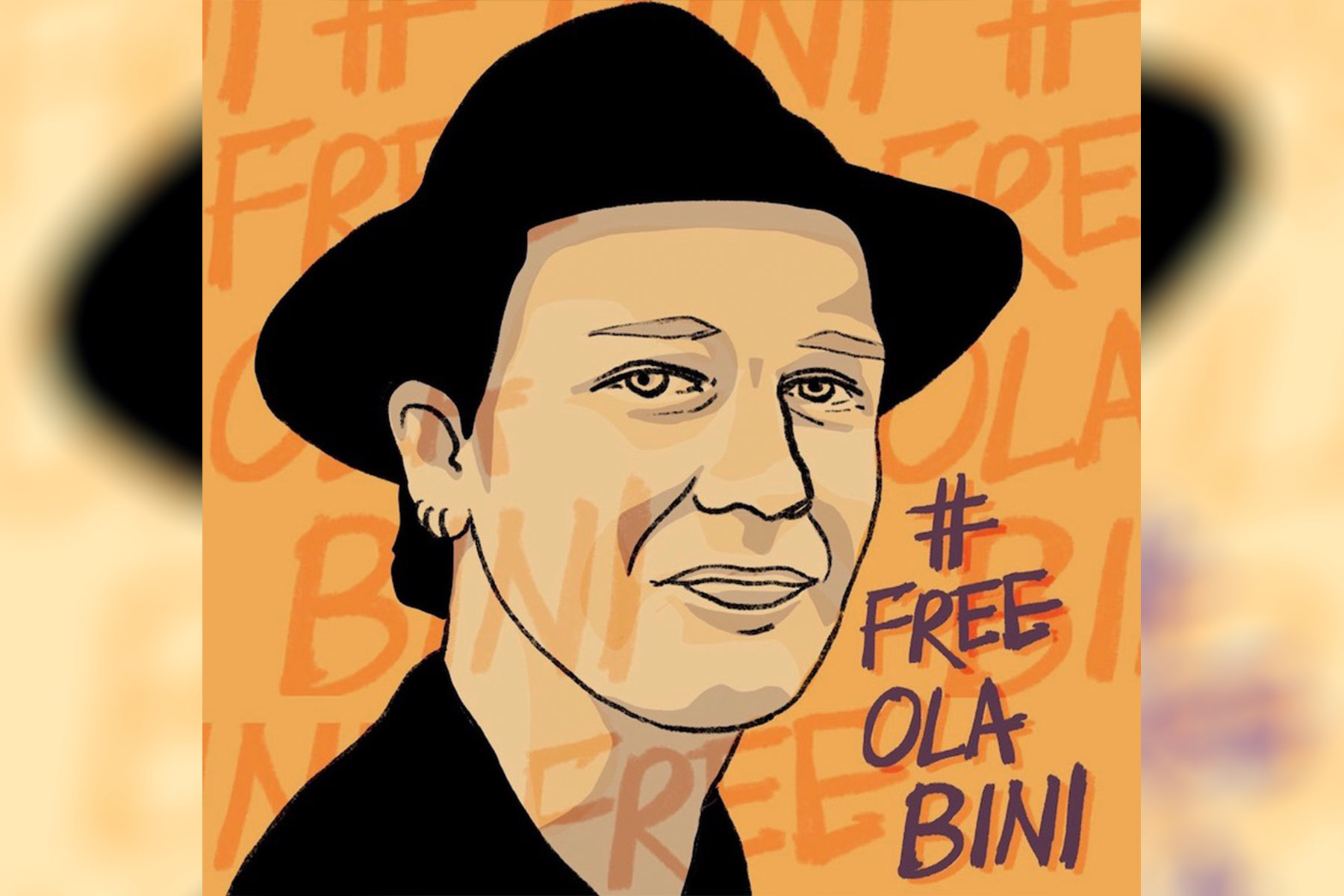 On April 23, a letter signed by 130 renowned activists, artists, intellectuals and software developers was submitted to Stefan Löfven, the prime minister of Sweden, demanding that his government take “firm, immediate action” to ensure the release of Swedish national and privacy activist Ola Bini. Bini was arrested on April 11 in Quito, Ecuador, and is now serving a court-ordered, 90-day pretrial detention. Ecuadorian authorities still haven’t been able to build a credible case against him.

The letter outlines the various irregularities in the arrest and subsequent detention of Bini. It also mentions the human rights violations perpetrated on him by the “police, by the Ministry of the Interior, by the Attorney General’s office and by the judge in charge of the case”.

Some of the more reprehensible acts include the fact that the agents who initially detained Bini did not have a valid warrant, and that he was denied access to lawyers for 17 hours. He was also denied access to a translator despite having only a rudimentary knowledge of Spanish. The police took him to his home and forced him to let them inside. While in detention, he was denied food for 17 hours. Swedish authorities were contacted only 15 hours after his detention, a violation of Ecuadorian law.

After 30 hours of detention, on April 12, a hearing took place and the prosecutor accused him of “attacking the integrity of computer systems” but did not provide any evidence to support this grave accusation. The judge ordered that Bini remain detained for 90 days in a penitentiary center without bail.

The letter points out that Ola Bini is an important internationally respected figure in the free software community and an advocate and activist for the right to privacy.

“We believe that the process is politically motivated. Fabricated charges, with no evidence, have been brought against an innocent man…There is not a single piece of evidence that incriminates him. Ola Bini sits in an Ecuadorian prison, denied bail, and with no guarantees of due process” the letter concludes.

In light of the irregularities, rampant human rights violations, and the clear political motivation behind Bini’s detention, the signatories ask the Swedish government to increase their involvement in the case, beyond the support of the Swedish honorary consul in Quito. They ask the Swedish government to elevate the case to a political level, and “intercede for Ola before the Ecuador authorities, demand respect for the law and for Ola’s human rights, and to facilitate his safe immediate return to Sweden”.

Below is the pdf version of the letter with the full list of signatories:

Below is the text of the letter

On April 11, Swedish national Ola Metodius Bini, a free software developer, was arrested in Quito (Ecuador). He has been living in the Republic of Ecuador for the past six years. Ola Bini is now serving a 90-day pretrial detention. He has not been afforded bail.

The case of Ola Bini has drawn worldwide concern. UN Special Rapporteur on Freedom of Expression, David Kaye said that ‘nothing in this story connects Ola Bini to any crime’. Further, he said, ‘the govt of Ecuador must demonstrate more than that or this looks like an arbitrary detention’. The Organisation of American State’s Special Rapporteur for Freedom of Expression, Edison Lanza, added, ‘I share the Rapporteur David Kaye’s concern around the arrest and detention of digital activist Ola Bini’.

Amnesty International and Article 19 have publicly echoed this concern and are closely monitoring the case.

On April 11, Ola Bini was going to Japan for a martial arts training course, which he had advertised on twitter a week before. He was detained by the Ecuadorian police. In violation of due process, the police did not contact the Swedish authorities. This process is part of the standards of Ecuadorian law. After 15 hours of his initial detention, they made the contact.

Ola Bini’s human rights have been violated repeatedly by the police, by the Ministry of the Interior, by the Attorney General’s office and by the judge in charge of the case. The agents who initially detained him did not have a valid warrant. He was denied access to his lawyers for 17 hours. He was not permitted to have a translator – even though his Spanish is rudimentary. He was not informed of the charges against him.

Ola Bini was held at the airport for more than eight hours. In violation of Ecuadorian law, he was not transferred to the police facilities. The police then took him to his home, where they coerced him to allow access. Finally, he was taken to a facility abandoned by the judicial police, where he spent the night. By that time, he still did not have any access to legal advice or assistance.

The next morning – on April 12 – Ola Bini was transferred to the Prosecutor’s Office, where he remained for a further 12 hours before a hearing. For a total of 17 hours Ola Bini was not allowed legal advice or food. His lawyers report that they were harassed and threatened by the police.

At the hearing, the prosecutor offered no evidence against Ola Bini. Based on the Ecuadorian Penal Code, he was accused of one very serious crime – attacking the integrity of computer systems. Despite the lack of any evidence, the judge placed Ola Bini in pretrial detention for 90 days. There was no bail hearing.

We believe that the process is politically motivated. Fabricated charges, with no evidence, have been brought against an innocent man. He has been caught in a dispute that does not concern him and with which he is not involved at all. There is not a single piece of evidence that incriminates him. Ola Bini sits in an Ecuadoran prison, denied bail, and with no guarantees of due process.

Ola Bini is a globally respected figure in the free software community, and a renowned activist for the right to privacy. In 2010, Computerworld magazine named him as Sweden’s 6th best developer. He is a member of various European and international networks for free software and privacy, and he participates in projects of the highest level, some of them sponsored by the European Commission. Ola has never expressed any views that would in any way be a threat to the Ecuadorian government.

As an advocate and an activist for the right to privacy, Ola has visited Julian Assange at the Ecuadorian Embassy in London several times. However, he does not work for Wikileaks, nor has he ever worked for them. Any allegation that he is conspiring against the Ecuadorian government and its computer systems is false and ludicrous.

We appeal to the Swedish Government to take firm, immediate action. So far, the Swedish Government’s efforts have been limited to the presence of the Swedish Honorary Consul in Quito. While we are grateful that the Swedish Honorary Consul in Quito involved himself we would ask you and the government to lift this to a political level, since it seems to be a political reason behind the arrest. We are sure that the misunderstanding about who Ola is and what he does could quickly be resolved. The Swedish Society and the Government of Sweden are recognized worldwide as active defenders and promoters of human rights and freedom of expression. His family, his friends, his colleagues, call on the Swedish government to intercede for Ola before the Ecuador authorities, demand respect for the law and for Ola’s human rights, and to facilitate his safe immediate return to Sweden.