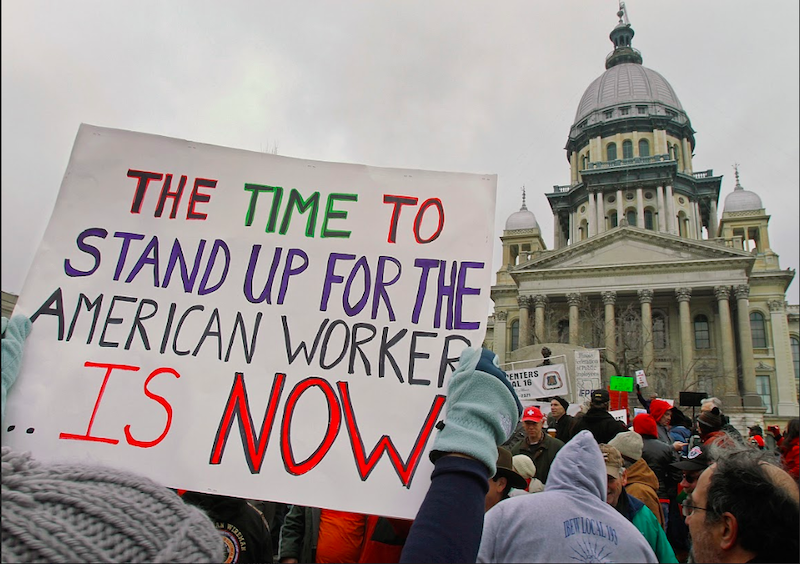 On May 2, the Donald Trump administration advanced a rule which will prohibit the diversion of Medicaid payments of home-care providers towards their labor unions. The new regulation will now require the workers to make regular union dues payments on their own, instead of having them automatically deducted from their paycheck. It will take effect by the end of the year.

About half a million of Medicaid’s home-care workers belong to the Service Employees International Union, a public-sector union that represents almost 1.9 million workers in the United States and Canada.

Proposed in 2018, the Medicaid Provider Reassignment Regulation Final Rule was forwarded by the Centers for Medicare & Medicaid Services (CMS) within the Department of Health and Human Services (HHS). Within this regulation, the States will no longer be allowed to divert portions of Medicaid provider payments to third parties, like workers’ unions, beyond the scope of the statute.

Critics of the new rule called it an attack on the workers’ right to unionize and as a move to diminish the unions’ influence by targeting their funds. The regulation will affect the workers’ ability to make timely payments to their unions, especially if they do not work in a single, centralized office, or do not have a credit card or a bank account.

Under the Obama administration, CMS had revised the Medicaid Provider Reassignment Regulation to authorize States to make Medicaid payments to third parties on behalf of the service providers – a move carried out to strengthen the unions. The Trump administration has ended the practice, arguing that “the new exception created by the 2014 rule is not authorized by the statute and may have resulted in provider payments being diverted in ways that do not comport with the law.”

The current federal arrangement requires Medicaid payments to be made directly by the State to the service providers. But since the 1990s, unions have been able to arrive at agreements, with several States allowing them to bypass this process and divert funds towards union dues. In many cases, unions have also been able to pressure States into passing legislation declaring the workers as their employees. This allowed States, as the workers’ employer, to enter into contracts with unions, which in turn entitled the unions to a portion of the subsidy checks.

Carmen Roberts, a California home-care worker, said that the rule change was a “blatant attempt to silence home-care workers and to undermine our dignity in the workplace. But we will continue to speak out together with seniors, people with disabilities, and Fight for $15 and Union activists for the rights of all working people to form strong unions and the respect that our essential work deserves.”

During his term, Trump has taken many measures to weaken the unions. The most prominent among them are the three executive orders he signed in May 2018, which made a number of cuts to civil service protections. These orders limited the amount of time workers could spend on union business during the work day, limited the issues that could be bargained over in union negotiations and heavily curtailed “under-performing” workers’ right to appeal disciplinary action against them.