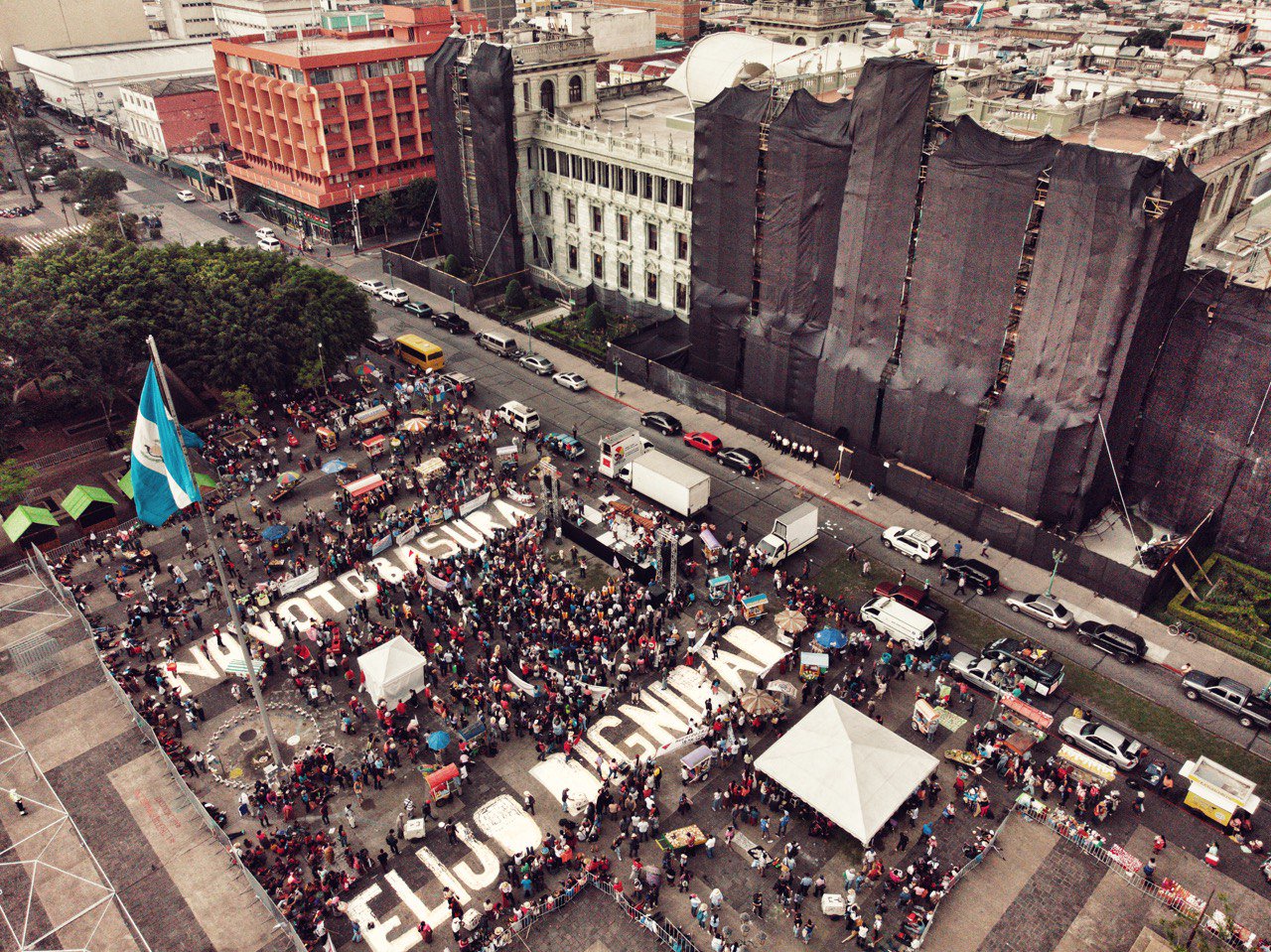 The March for Dignity, Life and Justice concluded on May 8 in Guatemala City, Guatemala after participants walked more than 200 km over 8 days with the slogan “I don’t vote for garbage, I choose dignity”. The march sought to denounce the widespread corruption of politicians and government officials and the impunity enjoyed by them, as well as against the criminalization and prosecution of social leaders and social protests.

In Guatemala City, over 1,600 members of ancestral authorities of Indigenous communities of Guatemala, Indigenous and peasant organizations, students’ movements, youth movements, social movements and women’s organizations, demonstrated in front of the Constitutional Court, the Supreme Court of Justice and the Guatemalan National Congress before reaching the Constitutional Plaza. At all the four points, the protesters condemned the damage caused by corruption and urged the Guatemalan population to participate in the upcoming presidential elections, support democracy and choose public candidates with conscience.

The presidential elections in Guatemala are scheduled for June 16. More than eight million eligible voters have the opportunity to vote and elect the country’s new president and vice president, along with 160 members of the Congress, 20 members of the Parliament and 340 municipal councilors for the 2020-2024 period.

The march was also carried out in defense of the ancestral indigenous territories and their collective rights. According to the Protection Unit of Human Rights Defenders in Guatemala (UNDEFEGUA), more than 300 complaints of land grabbing were registered during January and February of this year.

The march began on May 1 from the central park of Quetzaltenango city in the west of Guatemala, passed through cities and municipalities of Totonicapán, Nahualá, Los Encuentros, Agua Escondida, Patzicía, Sumpagno, Mixco and concluded in the Constitutional Plaza of the capital, Guatemala City. The march began with 1,000 participants and was joined by around 600 more on its way to the capital.